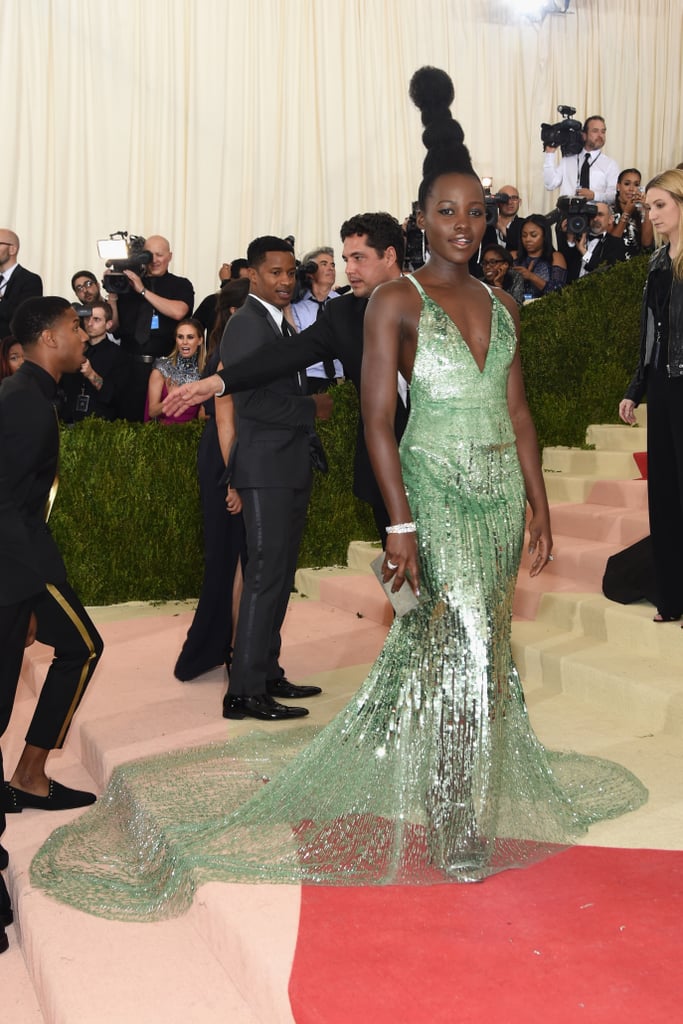 Lupita Nyong'o's Hair Was Seriously Impressive, but So Was Her Calvin Klein Dress

We didn't know where to look first when Mexican-born Lupita Nyong'o stepped on the red carpet for the 2016 Met Gala in New York City. The Star Wars actress's topknot was a feat of design, as was her slinky jade sequined Calvin Klein Collection dress with velvet straps.

This wasn't the first time Lupita chose the designer for a big night. You might remember the white dress featuring 6,000 pearls she wore to the 2015 Academy Awards — yes, the one that went missing for a little while. It's clear the partnership between Lupita and Calvin Klein is one that works! Look ahead to see more photos of the star on the red carpet, then check out Zoe Saldana's incredible train.