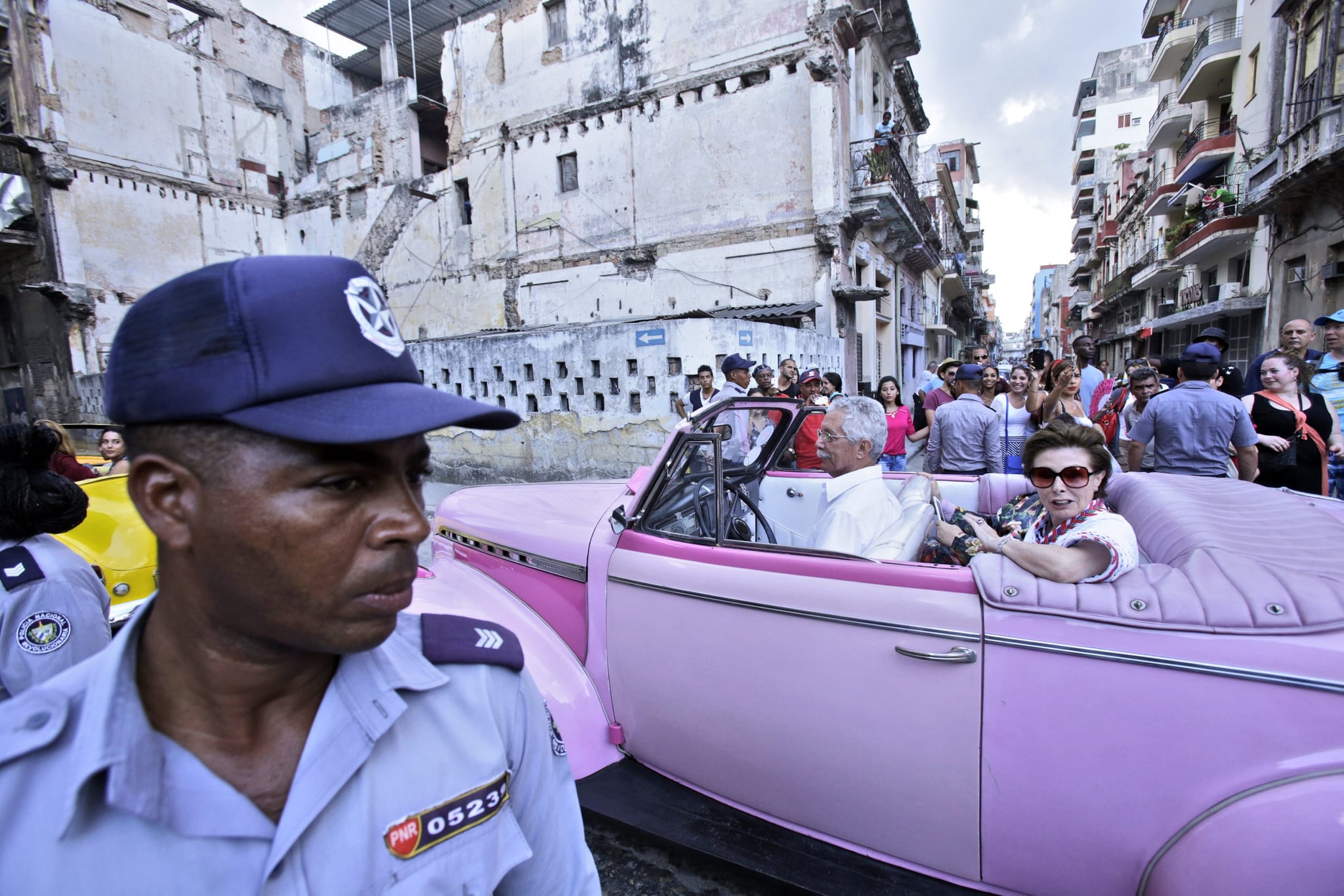 In light of Cuba's ongoing crawl toward becoming the thriving country that it once was — or the capitalist country the West hopes it will become — Chanel recently debuted its 2017 Resort Collection along one of Havana's prominent boulevards, el Paseo del Prado.

Many are already hailing the fashion show as a symbol of Cuba's changing relations with the Western world. In an interview with New York Magazine, Cuba-born Gloria Estefan expressed a diplomatic approval of the runway show. "The more people that go there and show them the free world, that's great for the Cuban people," she said. She also touched on the nation's bygone decades of being very "elegant" and having a substantial influence on global fashion trends.

Leading up to the actual presentation, the iconic brand, led by its creative director, Karl Lagerfeld, arranged for the attendees to arrive in the vintage cars often associated with Cuba's dilapidated landscape. During the show, models walked down the boulevard as local conga performers and dancers trailed behind.

While it's easy to understand where Estefan is coming from, and to acknowledge the show as this positive proliferation of culture, that still doesn't make it right.

Cubans do love a good party. Our collective, de facto anthem is Celia Cruz's "La Vida Es Un Carnaval," after all. Even my 90-year-old grandmother, who left Cuba over 50 years ago, just celebrated her birthday in style and kept repeating, "Hasta que se seque el Malecón," in the days after her party. The buoyant phrase emphasizes partying, thriving, and just living fully until the famous seaside wall — the Malecón — dries, i.e. never.

The issue with Chanel's party is that it felt devoid of all the characteristics that actually make — or made — Cuba a cultural center. Instead, it threw together things that seem vaguely Caribbean — the cars, the congos, the guayaberas — and plopped them right on el Paseo del Prado, with all the surrounding crumbling buildings conveniently adding to their contrived authenticity. And in the end, it became all too clear who was really doing the celebrating.

Fashion WeekChanelPersonal Essay
Around The Web