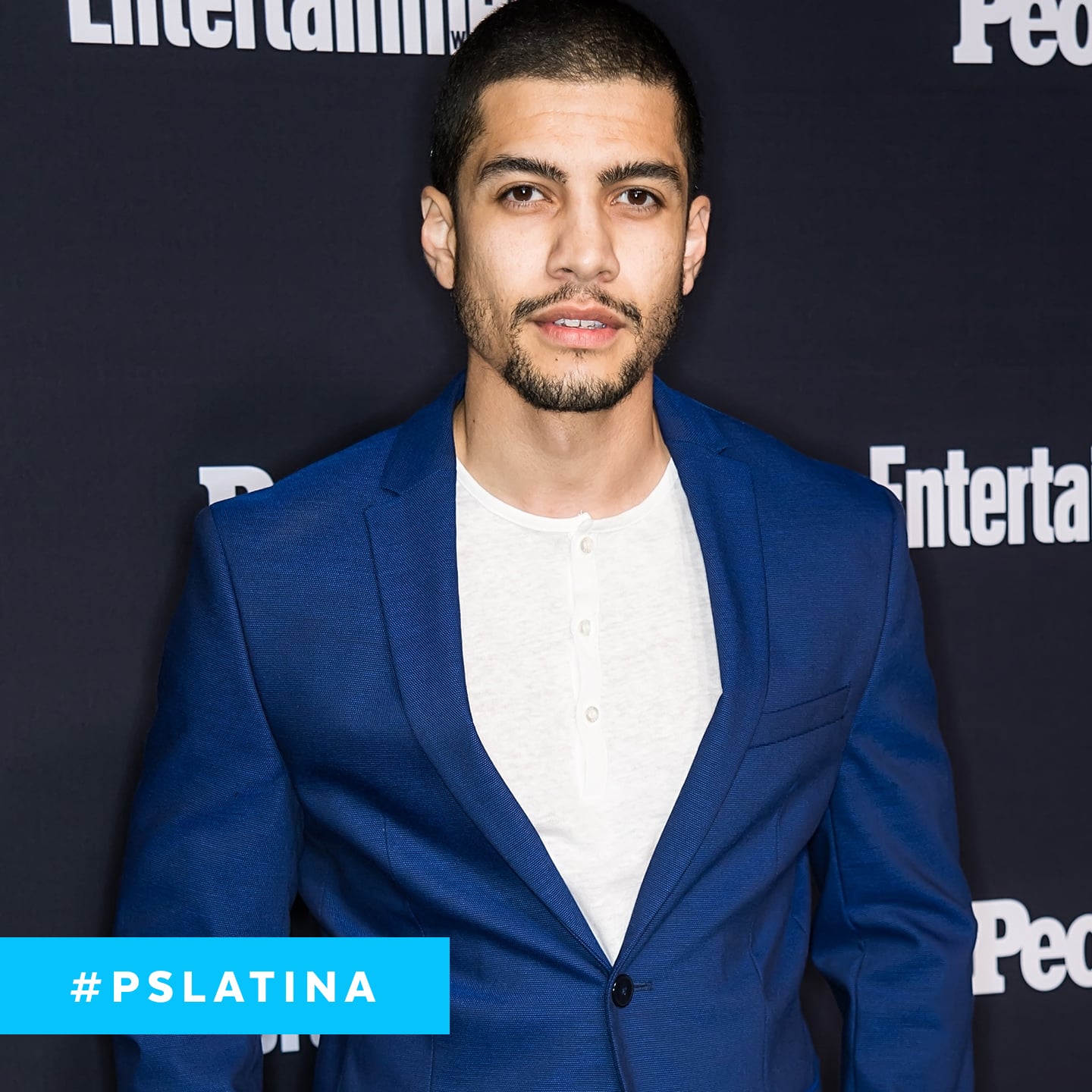 Rick Gonzalez is an actor appearing on The CW's Arrow.

I have always been a proud Latino. I was raised by two very proud Puerto Rican women: my mother and grandmother. I was born and raised in a proud Latino home in the predominantly Puerto Rican and Dominican neighborhood of Bushwick, Brooklyn (long before Lena Dunham touched it). But I know what you're getting at: when did I brim with pride as a Latino? When did I know that I was part of something bigger than myself? Well, I have to take you back a few years to answer that, back to my formative years in Bushwick, back to the '80s and '90s that shaped me.

First, I need you to really understand how much I love hip-hop. As a young boy, I was breakdancing and memorizing all the hottest rap jams (that's what they were called back then — jams!). The energy in the '80s and '90s was infectious. Because the culture was still in its infancy, everything was oozing with originality. The clothes, hair, jewelry, and energy lived and breathed on their own. Rap went from dancing to gangsta rap to pure lyricism during that time.

I thank God I was around to witness the evolution of hip-hop and how it impacted my life. I was kind of a student, in a way. I appreciated the lyrics, the cadence, and the energy to match, which made artists stand out. In my neighborhood, these topics of conversation at the barber shop were the backdrops of a culture that exalted the greats and broke down the very essence of what made them great.

Hip-hop was in me, but no one who looked like me was in hip-hop. Now, don't get me wrong: Latinos have always been a part of the culture. We have deep roots in the style, including breakers, graffiti artists, and rappers, but we hadn't had any successful artists break out yet. Until Christopher Rios, aka Big Pun, dropped a classic called Capital Punishment on April 28, 1998. Why do I know the date? Because I'm a hip-hop-head, remember? Keep up!

I saw a guy from NYC who cracked the pantheon of hip-hop royalty, and he looked just like me.

On that day, Big Pun debuted as one of rap's best lyricists, dropping an impressive freshman album. You only get one shot at a first impression, and Big Pun burst onto the scene. He was ubertalented, dominant, proud, and unapologetically Puerto Rican.

Do you know what that did for a kid like me? When I heard that O'Jays sample on "I'm Not a Player," the beat drop and some of the wittiest punchlines and metaphors started slapping my ears — mind blown! I felt like he made it, we made it, I made it.

My friends and I had someone we could champion along with the greatest of hip-hop. Folks like Biggie, Tupac, JAY-Z, and Nas were all hailed as the best in the rap game. Now Latinos finally had someone who was part of the conversation. Big Pun was signed by another Latino, Fat Joe, who was a very talented emcee in his own right. His album went platinum, and he was respected by all races in the culture. Man, thinking about it to the day gives me the chills.

Having an identity is so important because it informs who you are. It is shaped by your upbringing, your experiences — good and bad — and your influences. Who do you identify with? I'm sure the mere existence of Barack Obama as president made young black and Hispanic kids feel empowered, knowing they too could be president of the United States. In that way, I saw a guy from NYC who cracked the pantheon of hip-hop royalty, and he looked just like me.

I'm not in the music industry, I'm an actor, but Big Pun's accomplishments are relevant in any industry and any arena in which an underrepresented group makes it big. It dared me to dream big dreams — Oscar-type dreams. It empowered me to take risks, be relentless, do my absolute best, and stay true to myself as a proud Latino.

Around the time of Capital Punishment, I was just starting out in the acting industry. I never told anyone I was auditioning or booking jobs. However, whenever I was on the 1 train in Manhattan, heading to a casting call, I had Big Pun playing in my headphones, feeling the energy, knowing anything could happen. Listening to Big Pun made me feel like a superhero, which is ironic because now I play one on TV. I said to myself: "I will succeed in whatever I want to do." Pun said: "Latinos going platinum was destined to come." The way I see it, getting an Oscar is destined to come for me, as well! ¡Salud!

Personal Essay
How I'm Working to Regain My Sense of Smell, Nearly 6 Months After Having COVID-19
by Leeny Sullivan 3 days ago

Family Life
Despite Freezing Temps, I Took My Kids Outside Every Day This January — Here's What Happened
by Brittany Van Den Brink 3 days ago