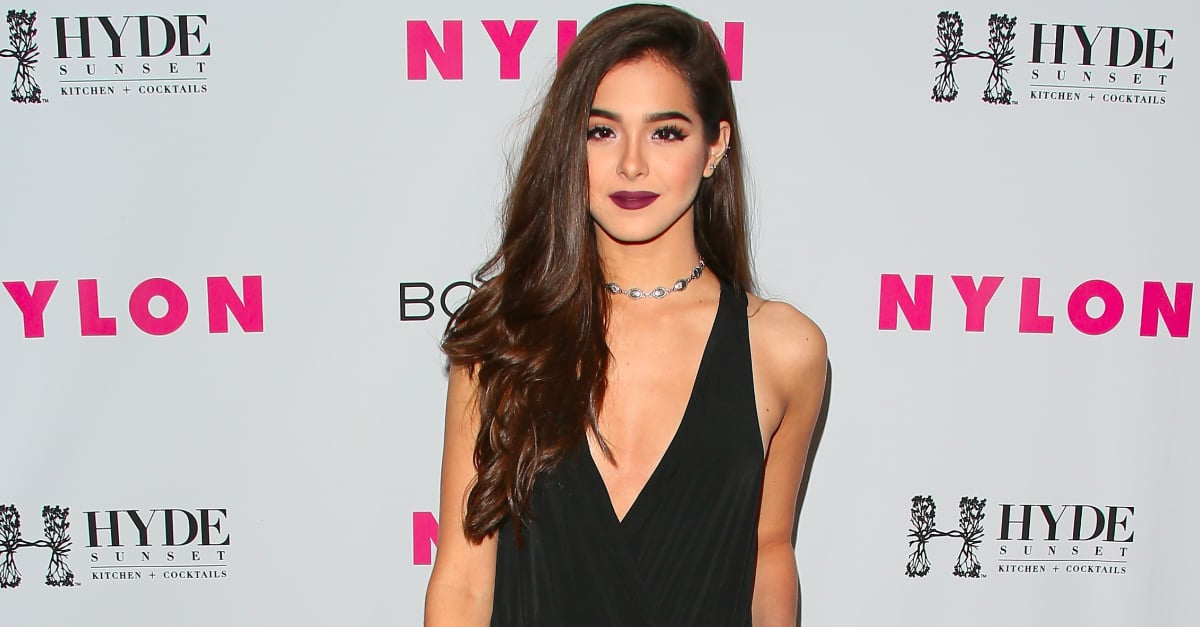 Sammi Sanchez is a pop singer from San Diego. Her singles "Girls Talk" and "Girls Talk (Latin Remix) are out now.

One of my earliest memories as a child is of my first day of kindergarten. My mom turned from the front passenger seat to face me in the back and said: "Sammi, when you get into class, you might not understand what the other kids are saying." I don't remember what I said back but I do remember feeling confused. "They speak English, but you speak Spanish. You'll get better at English just from being in school, and soon you'll understand everything they say." I could see my dad in the rearview mirror smiling at me. "You're going to do great, Sammi, you'll see!" he chimed in before looking back to the road. Deep inside, I wasn't so sure.

I'm a first generation United States-born Mexican-American. My parents and grandparents went through so much for me to be born here. They worked hard, sacrificed much, and I've learned so many life lessons from their journey to the US, and their struggles to provide for our family.

My grandparents on my dad's side are a particularly big inspiration to me because of what they went through to bring our family here. In 1968, my grandmother, Adela, was pregnant with my dad and moved from Sonora to Tijuana in Mexico — a single mother in search of a better life. She was just 23 years old, alone, and with no money. She had her son (my dad), but sent him back to Sonora to stay with an aunt so she could find work in order to send money back to support him. One of her sisters later joined my grandmother in Tijuana and together they saved enough money to move their entire family — including their parents, sisters, and brother — to Tijuana as well. While in Tijuana, Adela married my grandfather, Carlos, who raised and loved my dad as if he were his own son.

My grandparents felt they needed to make a change and move to the United States. This wasn't an easy decision. They had a 3-year-old son to think about and a life in Tijuana. What if they tried to move and failed? What if moving to the United States wasn't the right thing for their family? Despite the "what-ifs" looming at the back of their minds, they were determined to try. It was 1971 when they packed up everything they had and moved to Los Angeles. The move was a success. Although it definitely wasn't easy, my grandparents knew they had made the right choice. It was difficult for them to adjust to this strange and new culture. They felt uncomfortably out of place, but eventually they learned the language, came to understand the pace of life in the United States, and settled in. After a few years of living in Los Angeles, they relocated to San Diego where they still live today, which also happens to be where my mom was born.

I can't believe how brave my grandmother is! She fearlessly gave up so much to make sure my dad had everything he needed to live a good life. I hope that someday I can be as brave as she is when it comes to my future family.

I love my grandparents so much. Whenever I visit them in San Diego, I get to speak in our native tongue, Spanish. It's amazing to hear their stories of growing up and moving here, and to learn about our family that is still in Mexico. It's so different compared to my childhood, but with some similarities that are all because of our shared Hispanic roots. The reason I've gotten to grow up where and how I did was all because of my grandparents, Adela and Carlos, and their courage to move to a completely new country. While I've lived in many different places (Las Vegas, New York, San Diego, and Los Angeles), part of my heart will always be in Mexico.

Healthy Living
I Decided to Fight Hustle Culture by Doing Less, and I'm Not Turning Back
by Ashley Broadwater 14 hours ago

Digital Life
I Started Putting My Phone in a Different Room at Night, and It Really Improved My Mental Health
by Caitlin Gallagher 15 hours ago