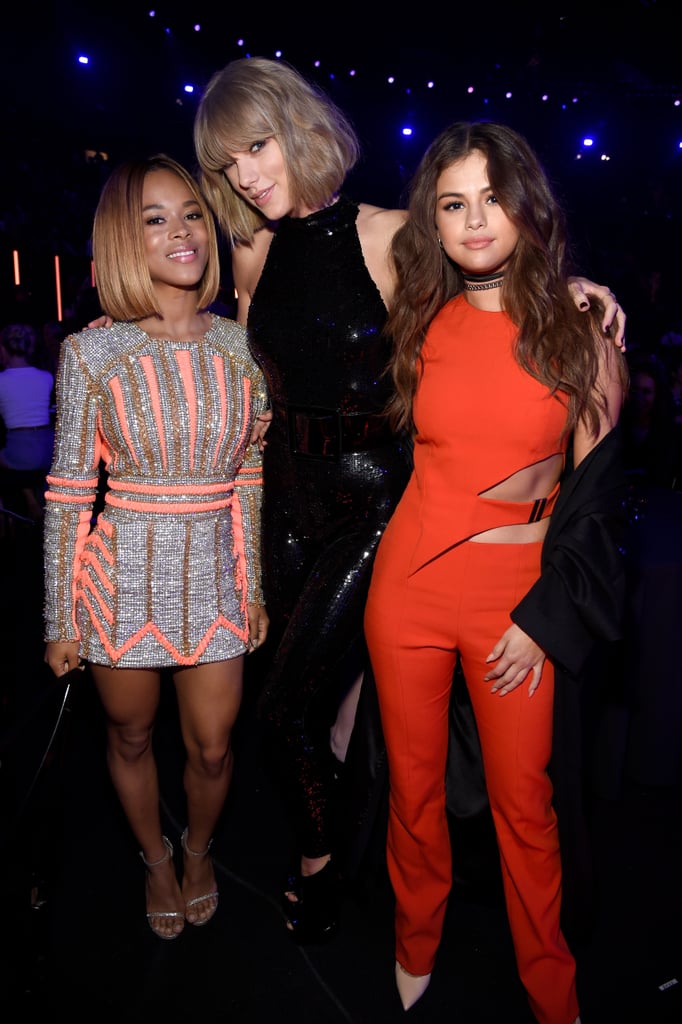 Selena Gomez Had a Superfun Night at the iHeartRadio Music Awards

Selena Gomez had quite the night at the iHeartRadio Music Awards in Los Angeles, CA, on April 3.

The "Hands to Myself" singer, who was nominated in three categories, brightened up the red carpet with all kinds of '90s vibes in a chainlinked choker and a cutout Mugler jumpsuit before snagging the award for best triple threat during the high-energy show. In between it all, Selena had a blast with her celebrity friends, including Taylor Swift and Pharrell Williams, and even changing into a comfy look for the end of the night. Keep scrolling for a peak at all the best moments of Selena's night, and then rewatch the audition that launched her career.

Selena Gomez
Selena Gomez Reveals She Voted For the First Time This Year: "Your Voice Matters"
by Monica Sisavat 4 weeks ago

Celebrity Instagrams
Timothée Chalamet Chats With Selena Gomez as He Waits in Line to Vote Early: "Proud of You"
by Brea Cubit 10/25

Selena Gomez
Selena Gomez on Managing Her Depression During Shelter-in-Place: "I Couldn't Deal With It"
by Chanel Vargas 10/13