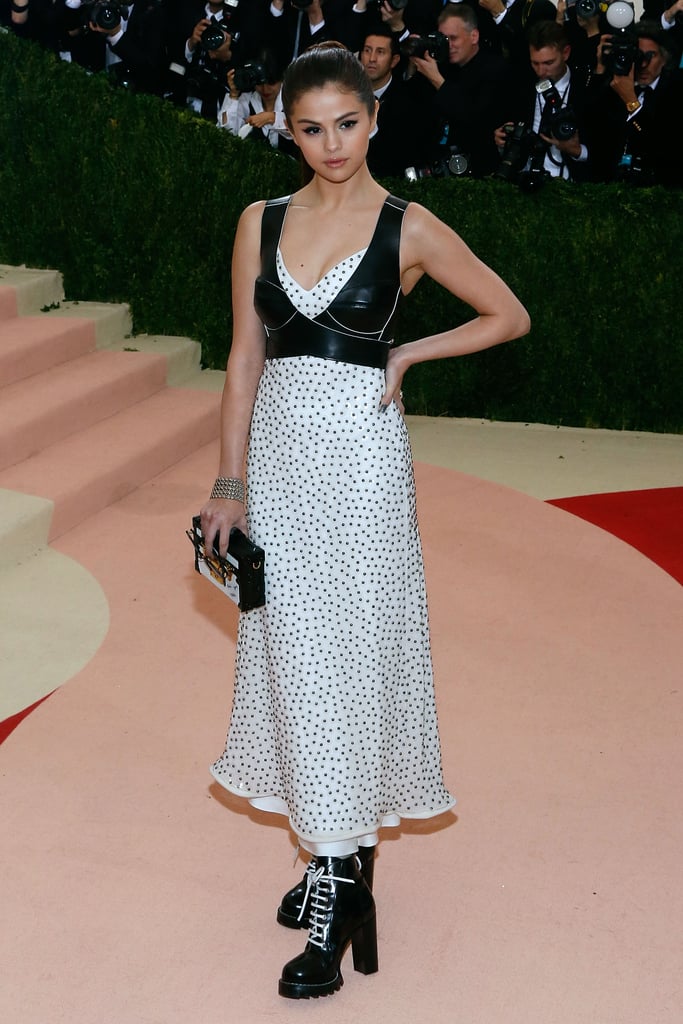 She used fashion events, like the Met Gala, to experiment with her look.

With the release of her album, Revival, in October 2015, Selena Gomez's style became reinvigorated with unique and sophisticated outfits. By the start of 2016, it became apparent that the former Disney star had entered a more mature chapter of her life.

On her global tour — which recently came to a close — Selena frequently took risks with both her stage costumes and her backstage wardrobe. She was suddenly juxtaposing Vetements sweats with high heels and tuxedo dresses with vintage sunglasses. In addition to the countless paparazzi pictures, her style transformation was also documented on her Instagram, where she currently has more than 100 million followers. Though Selena is taking time off from public appearances due to her ongoing struggle with lupus, we can't wait to see what next year will have in store.

Look ahead for 17 pictures that prove this was her most stylish year yet.