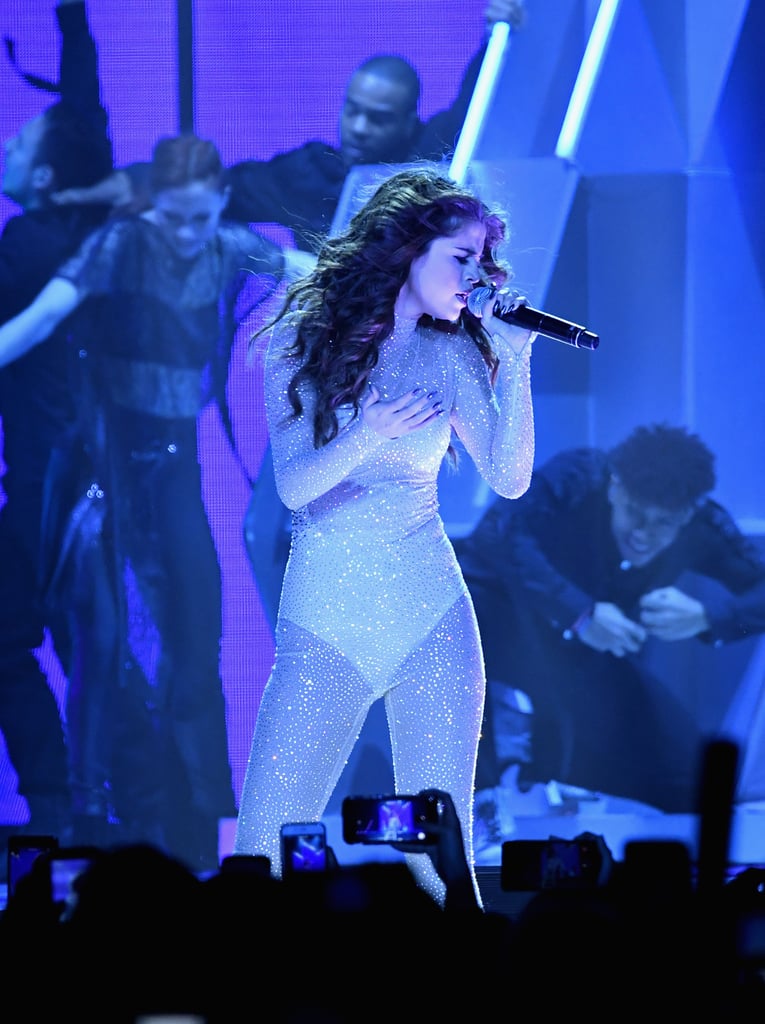 Selena Gomez's Revival tour kicked off in Las Vegas on May 6, and though the star had shared lots of previews of her onstage looks with her followers via Instagram, she still managed to surprise us all with her sexy choices.

After sporting a sweet yet rock-inspired Louis Vuitton look on the red carpet for the 2016 Met Gala, the "Hands to Myself" singer made a total 180-degree turn, wearing lots of sparkle and J-Lo-inspired leotards as she perform her biggest hits. Her performance style continued Selena's incredibly hot 2016, which has already included a topless photo shoot with GQ and lots of revealing dresses. Scroll ahead to check out all the looks from the tour and to see what she wore at the afterparty.