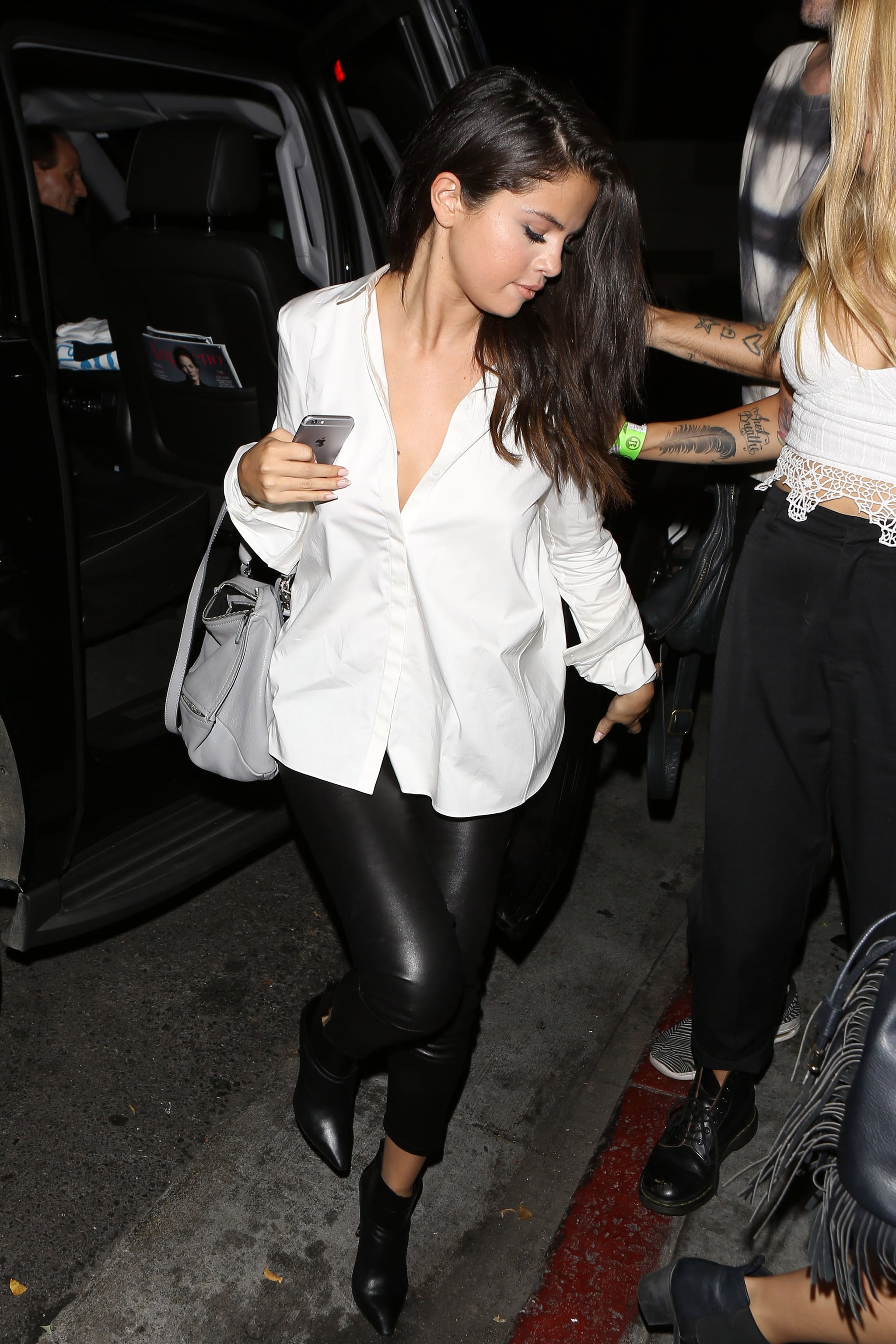 It might still be Summer, but Selena Gomez knows that when you're excited about your new Fall wardrobe, waiting until the weather turns cool is almost impossible. The "Good For You" singer didn't care if she was a little hot on a dinner date in West Hollywood and wore a pair of black leather pants paired with a long-sleeved white blouse and high-heeled booties. This isn't the first time this month Selena has worn a warm outfit in the middle of a heat wave, so it looks like her days of wearing swimsuits as tops are done — until next Summer, at least.

Selena's outing comes in the midst of an Internet blowout after former One Direction member Zayn Malik started following her on Instagram. Though dating rumors starting swirling immediately, Selena seemed unfazed in an interview with BCC Radio 1, saying: "I had no idea what that was until someone else asked me [. . . ] Obviously I know Zayn now, so it's not like a weird thing."

Demi Lovato
Demi Lovato Posted Steamy Selfies With Max Ehrich, but All I Can Stare at Is Her Swimsuit
by Yerin Kim 3 days ago

Kylie Jenner
Kylie Jenner's Lime-Green Coat Is Eye-Catching, but How Cute Are Stormi's Sneakers?!
by Nikita Ramsinghani 4 days ago

Bella Hadid
Bella Hadid Teases a Secret Tie-Dye DIY Project, and I'm First in Line For Her Tees
by Sarah Wasilak 4 days ago