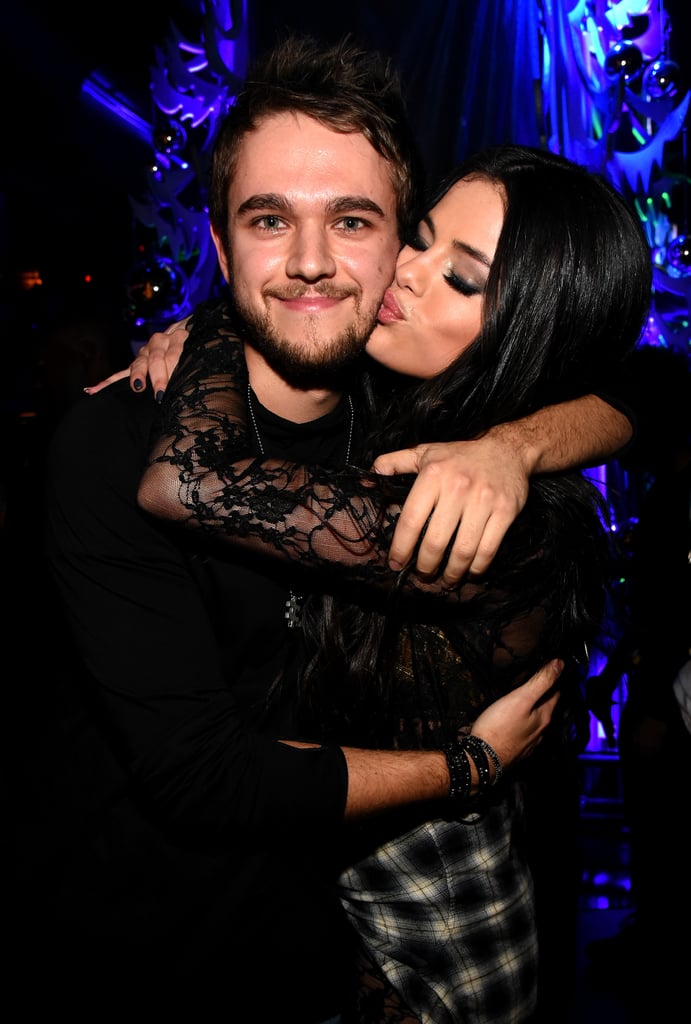 Selena Gomez Wants You to Know That Zedd Is Her "Babes"

Selena Gomez is having lots of fun keeping us guessing. After rumors spread that she had been seen canoodling with One Direction's Niall Horan at Jenna Dewan Tatum's birthday party, just a few weeks after being spotted with her ex Justin Bieber, she had a mini reunion with former flame Zedd.

Selena went on stage during Zedd's set at the Z100 Jingle Ball at Madison Square Garden in New York City to perform their sexy hit, "I Want You to Know." After making the crowd go wild, the former couple posed for photos, and Selena wasn't shy about showing her love for the DJ, hugging and kissing him on the cheek and later even captioning an Instagram photo of the pair: "My babes @zedd and I performing tonight for @z100newyork @iheartradio SO grateful to wrap up this year with the best people. Thank you NY!!" Keep scrolling to see more pictures of the two cozying up, and then check out Selena's amazing look from the Billboard Women in Music event.

Kate Hudson
Kate Hudson's Toddler Showed Off Her Alphabet Knowledge, and I'm Melting at the LMNOP Part
by Alessia Santoro 6 hours ago