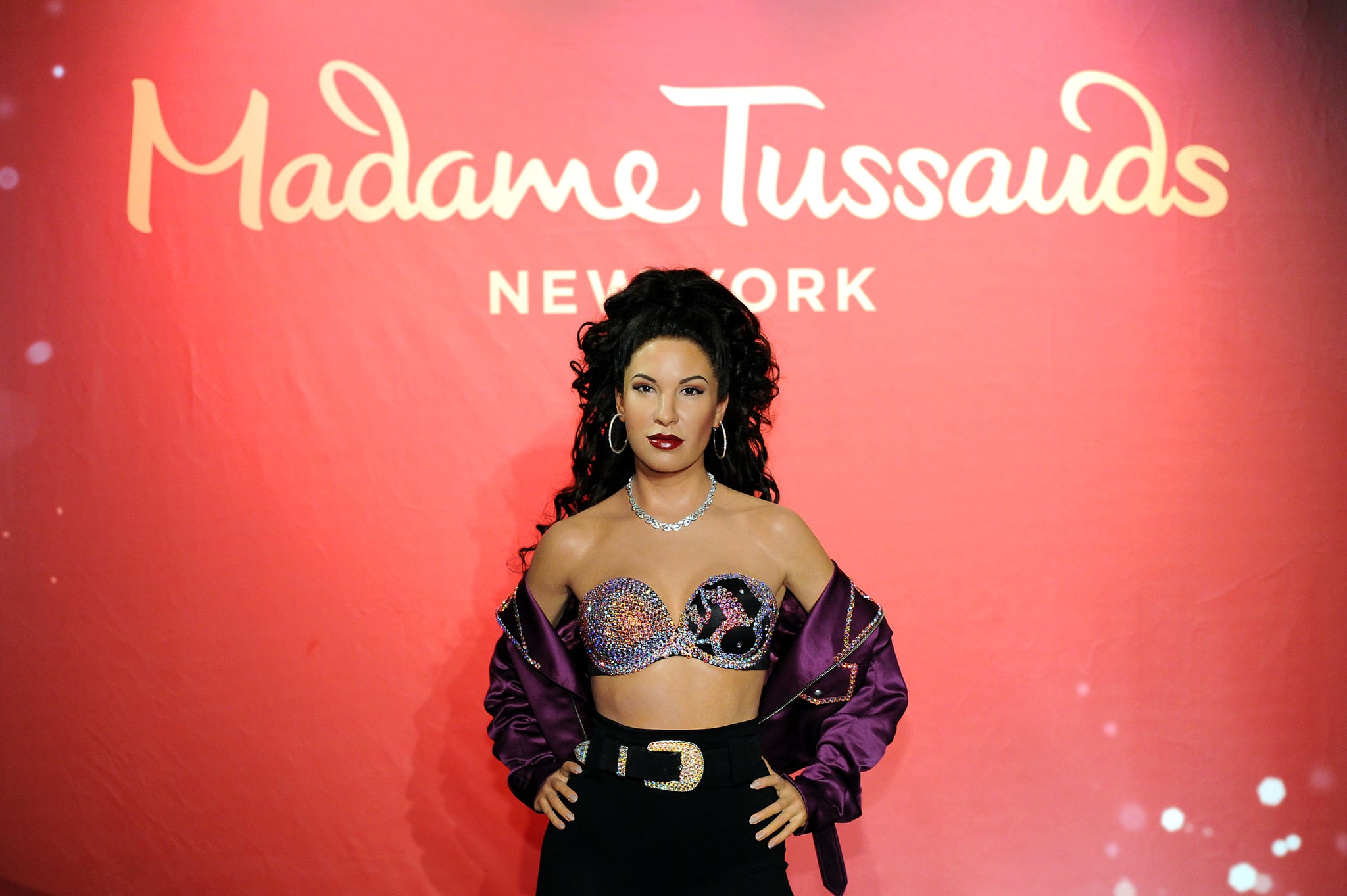 Selena passed away 23 years ago, but her legacy lives on. In the past year, the Tejano singer had a MAC makeup collection released in her honor, an announced star on the Hollywood Walk of Fame, and a second wax figure unveiled at Madame Tussauds in Times Square in NYC. POPSUGAR Latina spoke to Selena's sister, Suzette Quintanilla, right after the reveal. Suzette opened up about how she thinks her sister would feel about her wax figure and what she would say to her if she were still alive.

POPSUGAR: If Selena was here right now, what do you think she would say about all of this?
Suzette Quintanilla: I think she'd be ecstatic just like I am, probably even more so. I think she would definitely be be taking selfies with her wax figure and she would be doing this interview instead of me.

PS: Are more wax figures coming?
SQ: For right now, I don't know of any. First of all, I love working for Madame Tussauds. They've been incredible and they heard our concerns when they were creating her. They've been amazing to work with and if in the future they ever want to do something, I'm so down for doing another one. I'd love to see Selena in Madame Tussauds across the world. That'd be really cool!

PS: What do you wish you could say to her in this moment?
SQ: She knew exactly how I felt about her, so there is really nothing new that I could say besides the fact that I miss her tremendously. I'm very proud of her and she knew that. She knew how much I loved her.

PS: What other things do you and your family have up your sleeve to honor your sister?
SQ: There's a lot of things going on. I know a lot of people have been asking about the Hollywood Walk of Fame star. There hasn't been a definite date set yet, but I think that's the newest thing that's coming up. I forgot to mention that today is the launch for the vinyl for Selena's last concert.

PS: What Selena moment made you most proud?
SQ: Everything! Every moment in my life with my sister. Playing the drums was very special to me and just even more special now. It always was, even before she passed.

PS: What do you want fans to take away from this experience?
SQ: I would love fans to come here and have a sense of pride, because she represents us as Latinos. It's a major thing! You look around and there is really not a lot of wax figures that represent us as Latinos, and so I hope that people can walk away being able to identify with that. Also, be proud that she represents us as a whole.

Halle Berry
Halle Berry on the Lessons Her Career Has Taught Her: "Beauty Alone Doesn't Get You Very Far"
by Danielle Jackson 1 hour ago