Living in the melting pot of New York City, I don't often have to give much thought to my racial identity. Passersby on the street or the cashier at the bodega aren't really paying much attention to where I'm from or why my hair curls the way it does — unless, of course, the bodega man is trying to get my phone number.

That diverse bubble can make me forget about the challenges of growing up the product of an African-American father and a Puerto Rican mother in white suburbia. But watching an episode of The Real Housewives of Potomac recently (don't judge me, I'm a proud reality TV junkie), transported me to high school for a moment. When a black housewife pressured a fellow cast member, whose mother is African American and father was Jewish, to identify her race, I had flashbacks of the black kids in school telling me I wasn't black enough or joking that I was Mexican. It reminded me of explaining to my white classmates that yes, it is possible to be both black and Puerto Rican, and that no, they could not touch my hair.

A few days later, a work associate said she had no idea that I was Puerto Rican because I'd previously simply said I was mixed. I clarified that yes, I'm mixed, with both black and Puerto Rican. The conversation was quickly over, but I couldn't help feeling like I was in that same hot seat at the Real Housewives table, struggling to find the answer: had I answered wrong the first time around? How do I identify? Biracial? Multiracial? Mixed? African American? Black? Latina? Hispanic? Afro-Latina? There are a ton of options in my case, and I wondered if maybe it was time for me to have a go-to response ready for these situations. 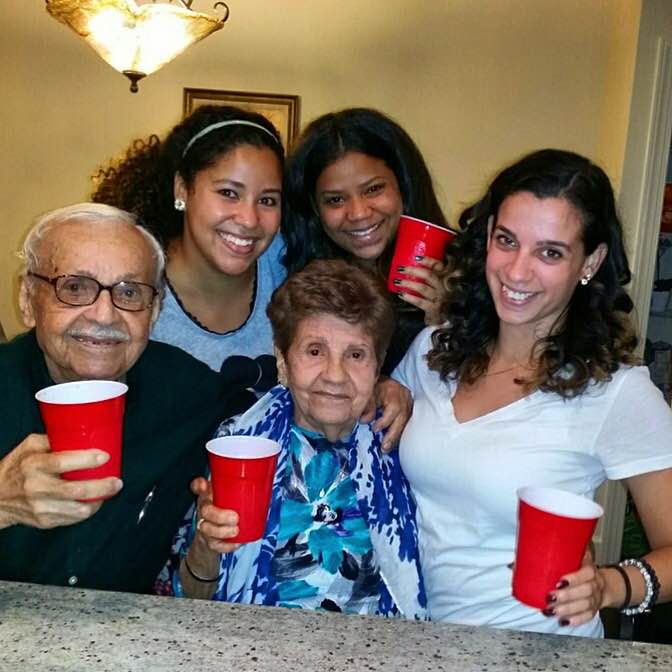 But being biracial and figuring out the answer to "What are you?" is more complicated than you might think, all because of one emotion: guilt. When someone asks me my race and I say African American before Puerto Rican, is that a betrayal to my grandmother, who came to the Bronx from Puerto Rico with little to her name? And when an online job application doesn't allow me to check both Hispanic and African American — seriously, people? It's 2016! — is simply selecting Hispanic disloyal to the grandmother who regularly took me to the Blacks in Wax Museum and taught me to be proud of who I am?

To figure out the answer to "The Identity Question," I looked to both sides of my family for inspiration. Despite some major bumps along the way, they were somehow able to blend two cultures and redefine what family meant to them. Holidays have included mac and cheese, pernil, collard greens, platanos, and plenty of hot sauce for both sides. And while my dad's family might stumble over Celia Cruz anthems, everyone knows the words to Michael Jackson songs. If my family can create their own unique racial identity, then so can I.

So to all future employers, guys I will date, or reality stars, here's how I identify: I am Arianna. I'm a writer with big hair, a passion for travel, and an obsession with Drake. I also happen to be black. I also happen to be Puerto Rican. I am Latina, I am African American. I raise my fist just as proudly during Black History Month as I do during Hispanic Heritage Month. I don't have to put myself in a box, and I sure as hell don't have to check just one box on a job application or dating app. I am the sum of all the things that make me who I am, from mac and cheese to platanos, with a hot sauce on top.