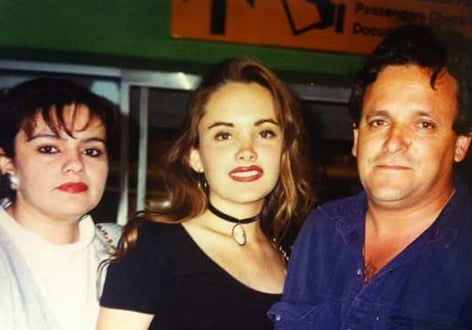 The author pictured here with her parents.

While teenage girls in San Diego struggled with peer pressure, my biggest concern on the other side of the border was never knowing if I was dating a narco. This was my life as a teen growing up in Tijuana, Mexico, when partying among drug lords was normal. But growing up in that tough and violent environment made me a better woman and a better mom.

I grew up along the Mexican border, and like any girl my age, I would sometimes sit by the phone, waiting for a call from a boy I liked or was dating. But I'll never forget the one phone call that was like no other I've ever received. The guy called to say he wasn't going to be able to make our date on Saturday, simply saying, "I'm away." That was the last time I spoke with him. A few months later, I found out he had been killed. That last phone call had come from prison.

My experience dating or partying with narcos wasn't unusual in the '90s. This was the decade of the Arellano Félix brothers, or Tijuana Cartel, which the US government once considered one of the biggest and most violent criminal organizations in Mexico. The Mexican drug cartel brought violence to what had been a very peaceful community: my hometown. In a matter of two years, El Cártel de Tijuana had covered the streets of the border city with blood. Seeing people killed was as common as seeing a taco shop in Mexico.

I was still like any other 17-year-old girl who wanted to party with her girlfriends and meet boys. In the '90s, the place to be was Baby Rock, a megasize club that attracted big names and people with lots of money, and I was there almost every Saturday, dressed in high heels and a Lycra dress, and wearing lots of hairspray. (Yes, I said Lycra. After all, nothing shows your curves better when dancing!)

I wasn't even a big fan of drinking; as a teenager, my quest was to find the love of my life — a task difficult for any girl my age, but for me almost impossible! Don't get me wrong: I was a catch, if I do say so myself. My obstacle was that any guy I dated had to pass my dad's "background check."

I have three sisters, and my dad always gave us freedom about who we dated. But in the '90s, he faced the most difficult task of his life: to protect his girls from dating drug lords. As a Latinx family, we had lots of family time, and on Sundays, it was our tradition to have breakfast together. Over breakfast, my dad would always ask me the same question: "Tania, how was Baby Rock?" I knew that what he really wanted to know was, "Who did you meet?"

I would tell him the names of the guys I met, and he would do his background check . . . meaning he would ask around who knew this or that guy, what he did, and if he was a drug dealer. At that time, it wasn't very difficult to find out who the narcos were; everyone knew where they lived, what cars they drove, where they liked to eat, etc. A few days after our Sunday conversation over breakfast, my dad would give me the results of his background check, and the answer was either "Tania, he's fine," or "Tania, you can do whatever you want, but he is a narco." I always listened to my dad. He wasn't a dictator; he was protecting me. So unless he said, "He's fine," I wouldn't date the guy; narcos were never my thing.

But it wasn't always easy to say no to dating a narco. One time, an extremely cute and charming guy (think Brad Pitt in his younger years) knocked on my door. My mom opened the door, told me I had a visitor, and said, "I don't like him." My mom's sixth sense never failed, but I dated him anyway, even though my own instincts told me to be careful. I'd heard rumors that he was a narquillo, which is someone who works for a drug lord. But every girl in Tijuana wanted to date this guy, and I felt like I was living the dream.

However, my dream didn't last long; he left me for my best friend, and they ended up getting married because she got pregnant. But at the age of 21, she found herself a widow with a child to care for because her husband, the narquillo, was kidnapped in Tijuana and killed in the most horrific way. At the time, I was working as a TV news anchor at Univision, and I learned the news before she did; I was the one who told my friend about her husband's murder. Looking back, I'm glad the narquillo left me. I was lucky. 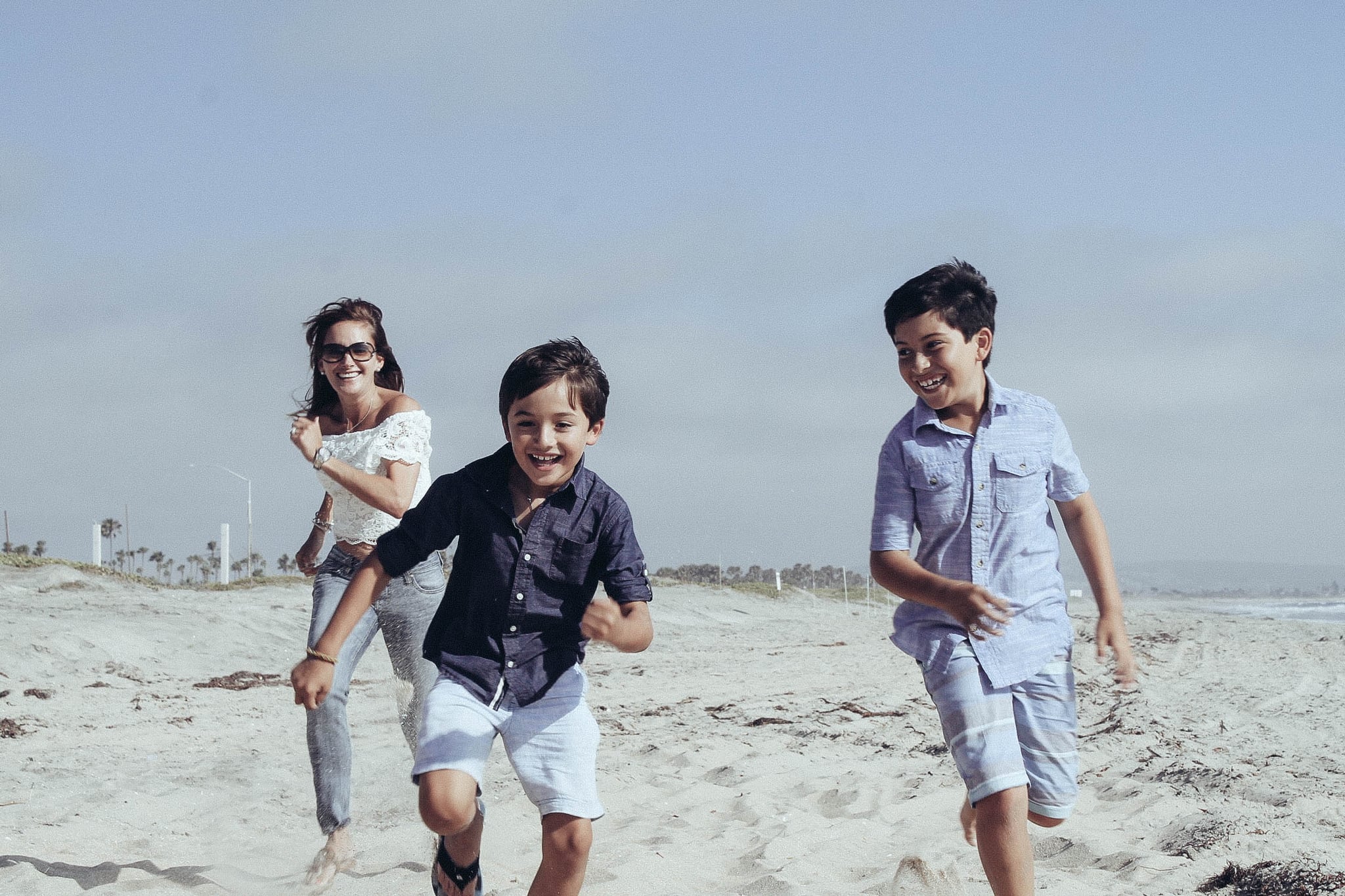 The author pictured here with her sons.

Growing up in this very tough and violent environment taught me many lessons, one of the most valuable being that communication is the key to good parenting. My boys are only 8 and 9 years old, but just like my father asked me about my Saturdays at Baby Rock, I ask my kids very specific questions about their day at school: Who did you eat lunch with? Who did you play with? Did anyone get in trouble? Like my dad, I try to have a friendly conversation with my boys about their day, while my task is to find out if there are any "bad boys" in their school. That old saying "Tell me who your friends are, and I'll tell you who you are" definitely applies here, and I want to make sure my kids can extract positive lessons from their friends instead of learning bad habits. I hope they'll do the same with their own children when they grow up.

Being raised in such violent atmosphere — where I heard gunshots and police sirens while trying to concentrate on a math test or hugged a devastated friend when her boyfriend was shot in the head — made me extremely vigilant, and I'm always aware of what my kids are doing. My family and I live in beautiful San Diego, but we spent a lot of time in New York City, so I'm always aware of my surroundings, and I teach my kids to do the same. I explain scenarios in which they could possibly be in danger and what they should do, such as: if you're lost and a stranger tells you they know where I am, it's not true. Run and scream for help.

Between the ages of 15 and 25, I saw it all: friends who smuggled drugs in their underwear into prison in the name of love, another who had her car "stolen" so her boyfriend could pay a debt. Some of these women learned from their mistakes and are good moms today, but I consider myself one of the lucky ones, thanks to my mom's sixth sense and my own. I'm not a widow or single mom; my husband isn't a drug dealer, in jail, or dead.

Being a border girl means being fearless. I'm a survivor of Narco Tijuana.