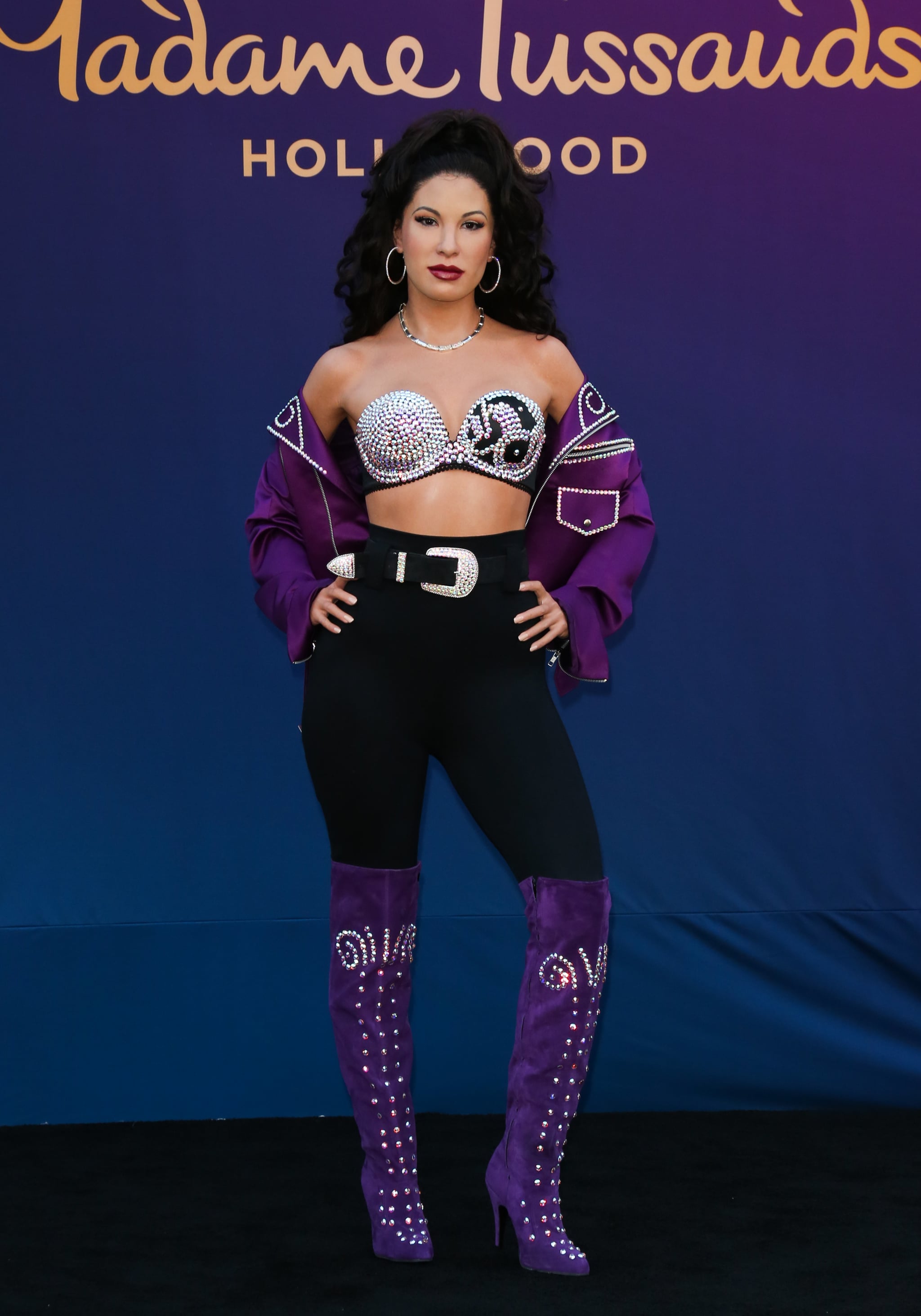 Earlier this year, Selena's family introduced her Madame Tussauds wax figure, clad in the iconic outfit Selena wore during her performance at the Memorial Coliseum in Corpus Christi, TX, in 1993. And while the shimmery bustier and over-the-knee purple boots look just right to all her fans, it turns out the late Tejana singer's mother wanted the figure to wear a completely different look.

Marcella Quintanilla had chosen the white sparkly dress Selena wore when she won a Grammy for best Mexican-American album in 1994. There was just one big issue: Grammys can't be replicated in wax since the trademark is owned by The Recording Academy. Selena's wax figure could have worn that dress, but without the award in hand.

"We all talked about it; we were just afraid that if you didn't know who Selena was and you saw her at Madame Tussauds standing there in just a white beautiful gown, would you know if she's a singer, what she did?" Suzette Quintanilla, Selena's sister, told Entertainment Tonight. "So we thought, if we can't have the Grammy, then we can put her in the outfit that she won the Grammy for."

Selena's two wax figures are currently on display in Hollywood and New York City, and each is valued at $350,000.

by Shelcy Joseph 40 minutes ago