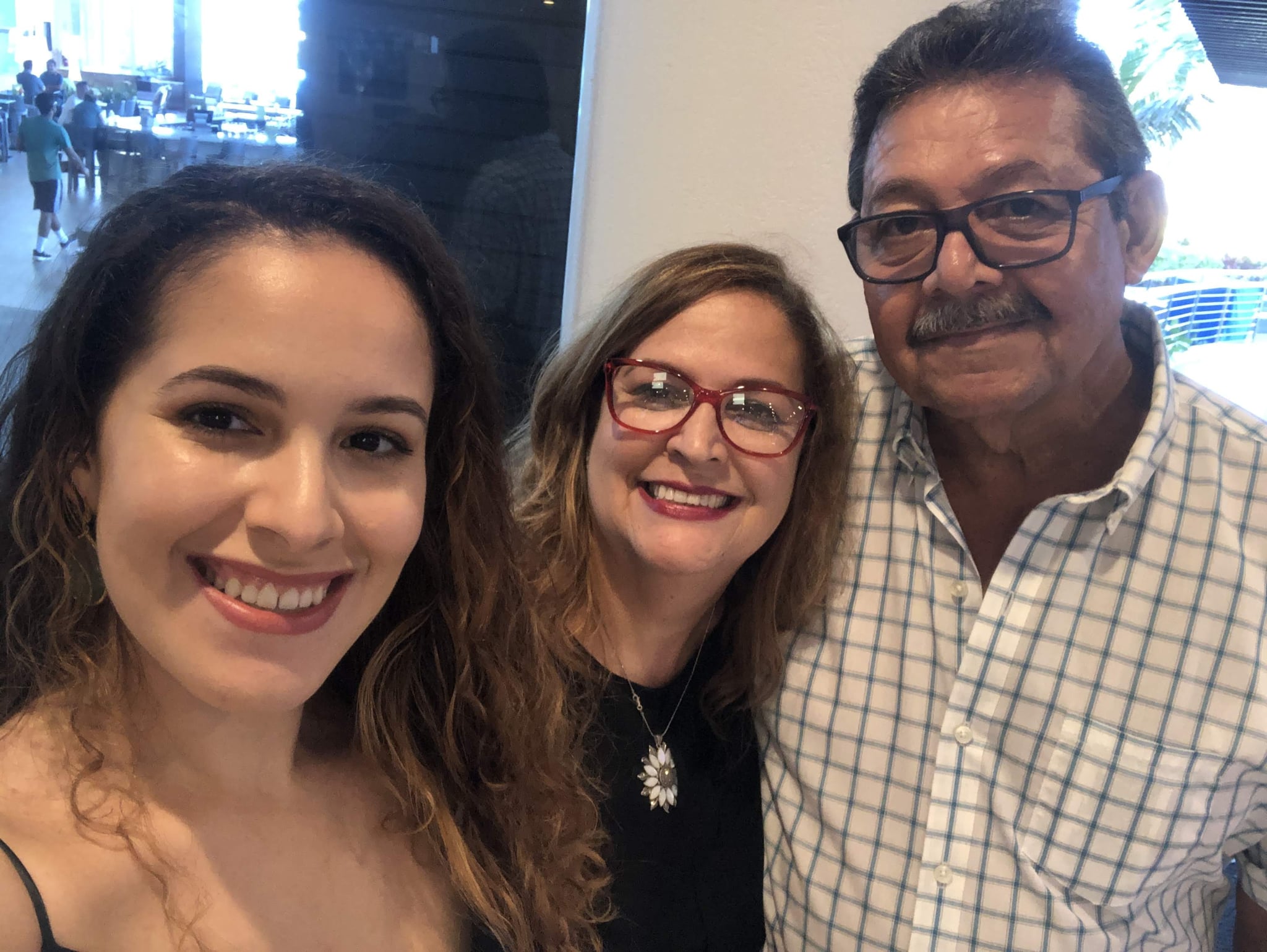 Thinking back to exactly one year ago, I never expected that I would spend one whole year without seeing my parents. As an only child, my parents were – and have always been – my best friends. Despite the head-butting and the similar but conflicting personalities, I always feel recharged and ready to take on whatever comes my way after visiting them back home in Carolina, Puerto Rico.

I left my country five and a half years ago to complete my master's degree in Upstate New York, and even though I went back to Carolina and stayed for a year in 2016, New York City has been my home these past few years. I always try to make it back to visit my family at least twice a year, which I know is a privilege even if there was no pandemic.

After COVID-19 hit, both New York and Puerto Rico went into lockdown almost at the same time, and in the beginning, I remember my parents begging me to go back home. I had even booked a flight for March 13, 2020, to go to a friend's wedding, but canceled it as I was too afraid of getting the virus at the airport or on the airplane. Mi mamá and papá would call me every two or three hours to reason with me while I, who worked in the news and had many fears and doubts about how easy it was to get infected, firmly told them no. I had never stood up to my parents as I did back then.

Both my parents are well past their 60s, and they both have underlying conditions. With the information I had then, I was confident that it was too risky to stay with them. I thought that no amount of social distancing would be enough.

I would repeatedly say on the phone to my mom, "You don't get it! I can get you sick, and I'm not taking that risk. I am not carrying that guilt on my conscience." Though they thought I was being dramatic at the time, they finally understood, and eventually me echaron la bendición. We made FaceTime a thing. I would FaceTime with them at least four times a day and though we rarely had anything to talk about, it made me feel like we would get out of this pandemic together.

But as the weeks passed and spring turned into summer, I realized seeing them over a screen was worse than not speaking to them at all. We had missed Mother's Day, my mom's birthday, my birthday, and then my dad's. It made me miss them even more, and I was so depressed I could barely leave my bed. I cried for most of the day. I had never suffered from depression and anxiety as I did in 2020.

After some much-needed teletherapy, I found that channeling my feelings into cooking my family recipes gave me a sense of purpose for each day. I had never been good at it, but if I was going to be locked inside for months, I might as well practice. FaceTiming my mom while I was cooking replaced that depression and anxiety with sweet memories that I will cherish for a long time. She walked me through basic recipes and told me how proud she was that I finally looked and felt better. 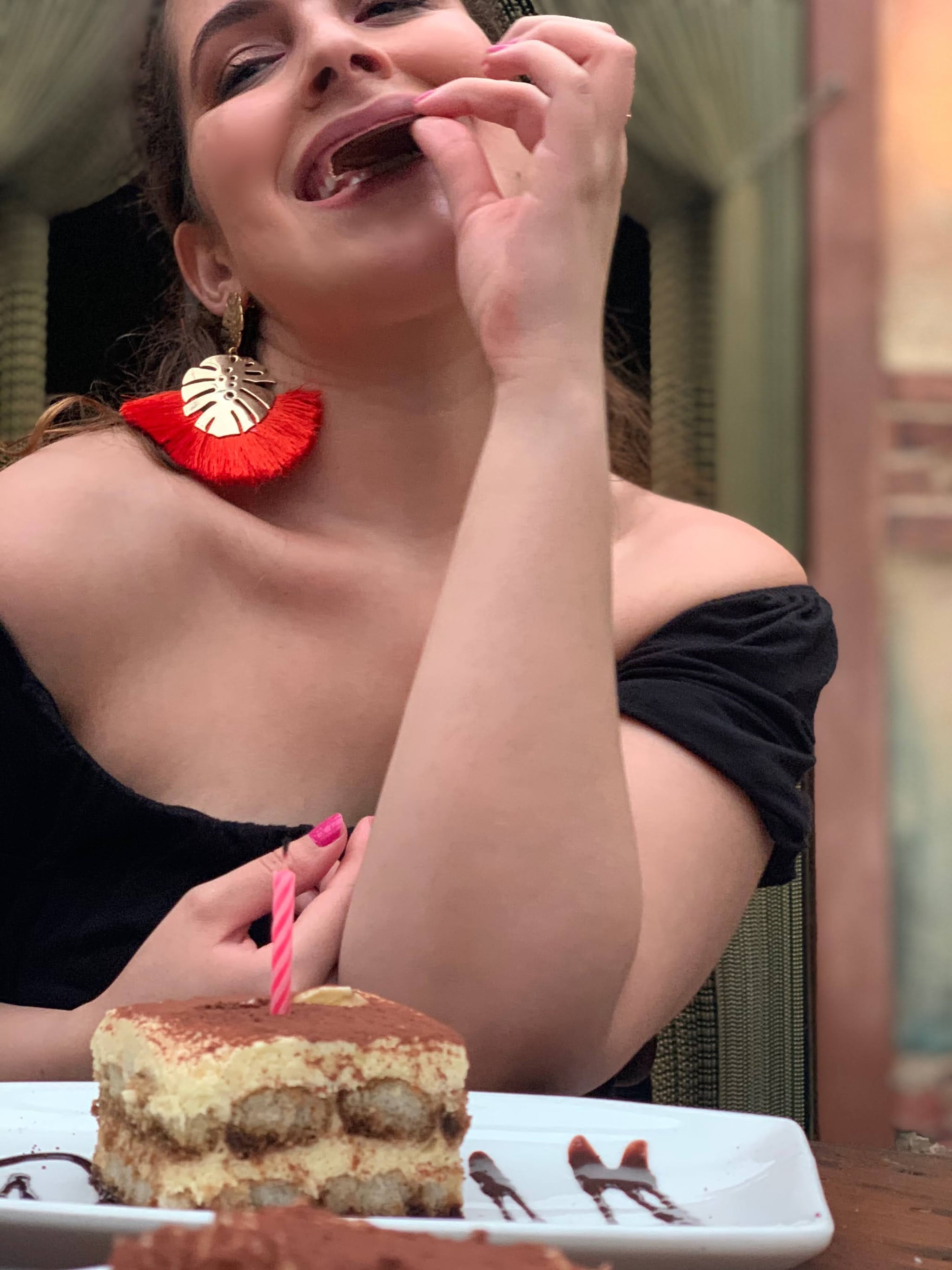 I still struggled with my mental health, and I hid it from my parents because I didn't want to add any more worries to their list. The only thing that got me through the fall was the idea that I would be able to travel to see them at the beginning of December 2020. I was determined to stay as healthy as possible until then so that I could hug them again. I quarantined for two weeks in my apartment; I didn't even have contact with the food delivery guy. I got tested twice before my flight and packed all of my PPE in my carry-on.

When I got to the airport, I kept my distance from those around me (something I couldn't control inside the airplane as we were all packed in like sardines) and even rocked a face-shield, gloves, and two masks during the four-hour flight. Once I touched down in PR, I changed out of my airplane clothes and got out, but my odyssey didn't end there. My parents received me at the airport, but I didn't want to hug them when I first saw them. They dropped me off at a nearby hotel, where I stayed for over a week until I could get tested. Finally, my mom broke the news that the three of us had tested negative, throwing her arms around me and crying. I had never felt such relief in my life!

I stayed with my parents for over five weeks before I made my way back home to New York City. Though we still maintained social distancing from others, we rarely left our house. It is far bigger than the tiny 350-square-feet apartment I had been in for the last year, so I wasn't complaining.

During this time, I noticed all the small things my mom does for my dad and me. She'll always have food ready for everyone each evening and will offer to buy you some take-out for lunch. She will also sneak your dirty clothes out of the room and do laundry exactly when you need them. My mom is the kind of mom who doesn't want you to lift one finger while you're a guest. My dad is in charge of breakfast, and he will either buy it from our favorite deli, or make it himself. He'll then hang up all the clothes my mom washed. Though I was spoiled rotten during my trip, I got to show them a few recipes I had learned, and I established the tradition of cooking at least three meals for them during my stay. Many nights, I even considered simply leaving my life behind in New York City and moving back to Puerto Rico to be closer to them. 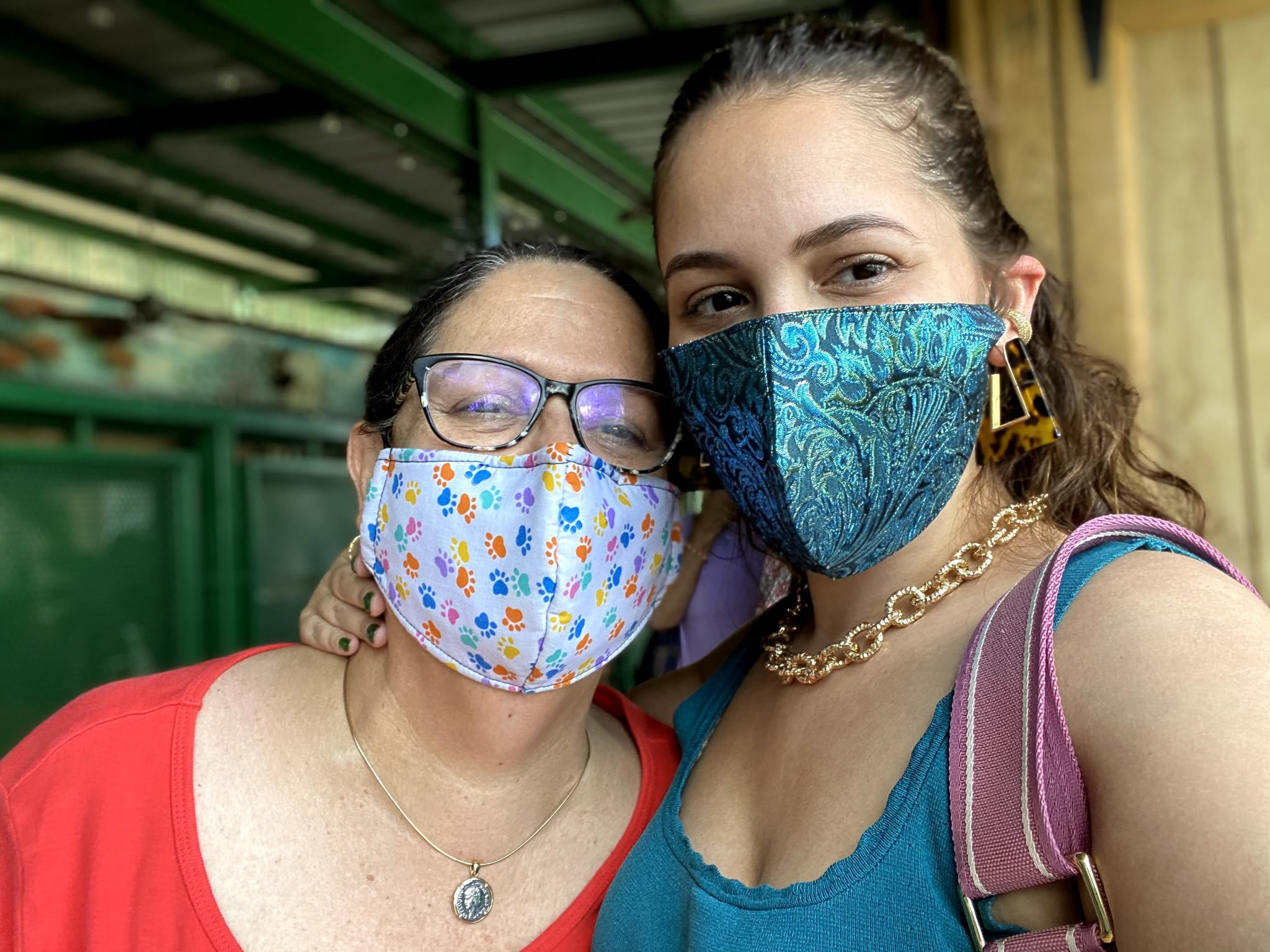 Sadly, the job market for journalists is almost non-existent in my home country, and I wanted to sustain myself, even if it was 1,615 miles away from the place that saw me become who I am. My parents have always encouraged me to chase my dreams, even if it meant there had to be some distance between us for a while. So, in the end, I chose to get back on a plane to NY, where I could continue expanding my horizons professionally.

While I was away from my parents for that whole year, I learned that my life wouldn't be the way it is now if I hadn't grown up with such dedicated and loving parents, which I recognize is a privilege. My depression during 2020 stemmed from the fact that so many people were losing their loved ones, and I had mine still, but I couldn't even be near them without the threat of exposing them to COVID-19. I spent many nights crying because I felt like I had lost a part of myself with the distance between us, and I often wondered if I had made the right choice in moving so far away from them. Seeing them again taught me that, no matter the issues we may have as a family, I wouldn't trade them for the world. They also reminded me that I need to be my own person without forgetting my roots. I need to chase my dreams and not care what anyone says, not even them. La familia is always going to be with you, no matter what and no matter how far. This pandemic has made me realized I share a beautiful friendship with my parents, and our bond is stronger than I could have ever imagined.