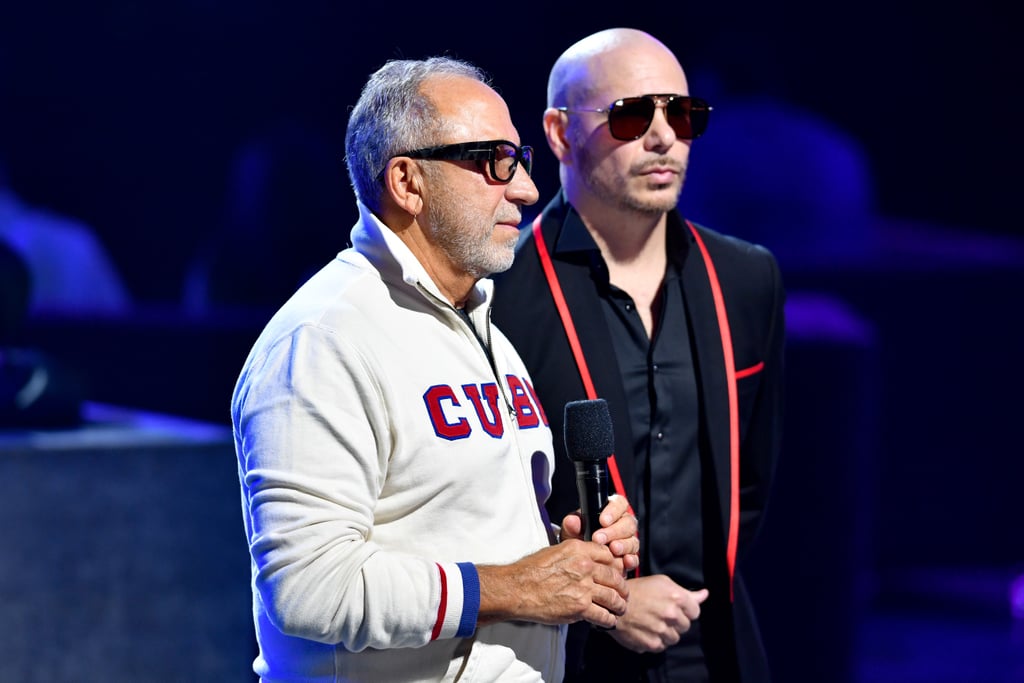 Cuban and Cuban-American artists used the 2021 Premios Juventud on Thursday as an opportunity to raise awareness about the humanitarian crisis taking place in their homeland. Through various performances and speeches, Emilio Estefan, Pitbull, Camila Cabello, and more artists came together to show support for those who have taken to the streets to protest the regime. With the words "freedom" and "SOS Cuba" displayed across the stage, they also asked President Biden for help.

"Freedom isn't free, but it's priceless," Pitbull said. "That's why we're here tonight. We're here for the people of Cuba and to ask the White House to wake up because we need you right now to support what the United States supports: freedom."

Cabello didn't attend the show, but she prerecorded a message detailing her respect for the protesters in Cuba. In Spanish, she asked viewers to add their voices to the movement. "Today, I feel even more proud of being Cuban and even prouder of the young people that took to the streets and are leading the change in spite of repression and in spite of fear. Fighting for freedom. Patria y vida." Her message led into a performance by Gente De Zona and Yotuel Romero, whose song "Patria y Vida" has become a protest anthem.

Earlier in the show, Puerto Rican reggaetonero Farruko took the stage with a protest T-shirt that read "Diaz Canel Singao," which has become an infamous nickname for Cuba President Miguel Díaz-Canel and loosely translates to "assh*le."

Watch the many tributes to the island nation ahead.

Related:
What It's Like When Your Father Lives in Cuba and You're in the US
Previous Next Start Slideshow
MusicCamila CabelloPitbullCuba