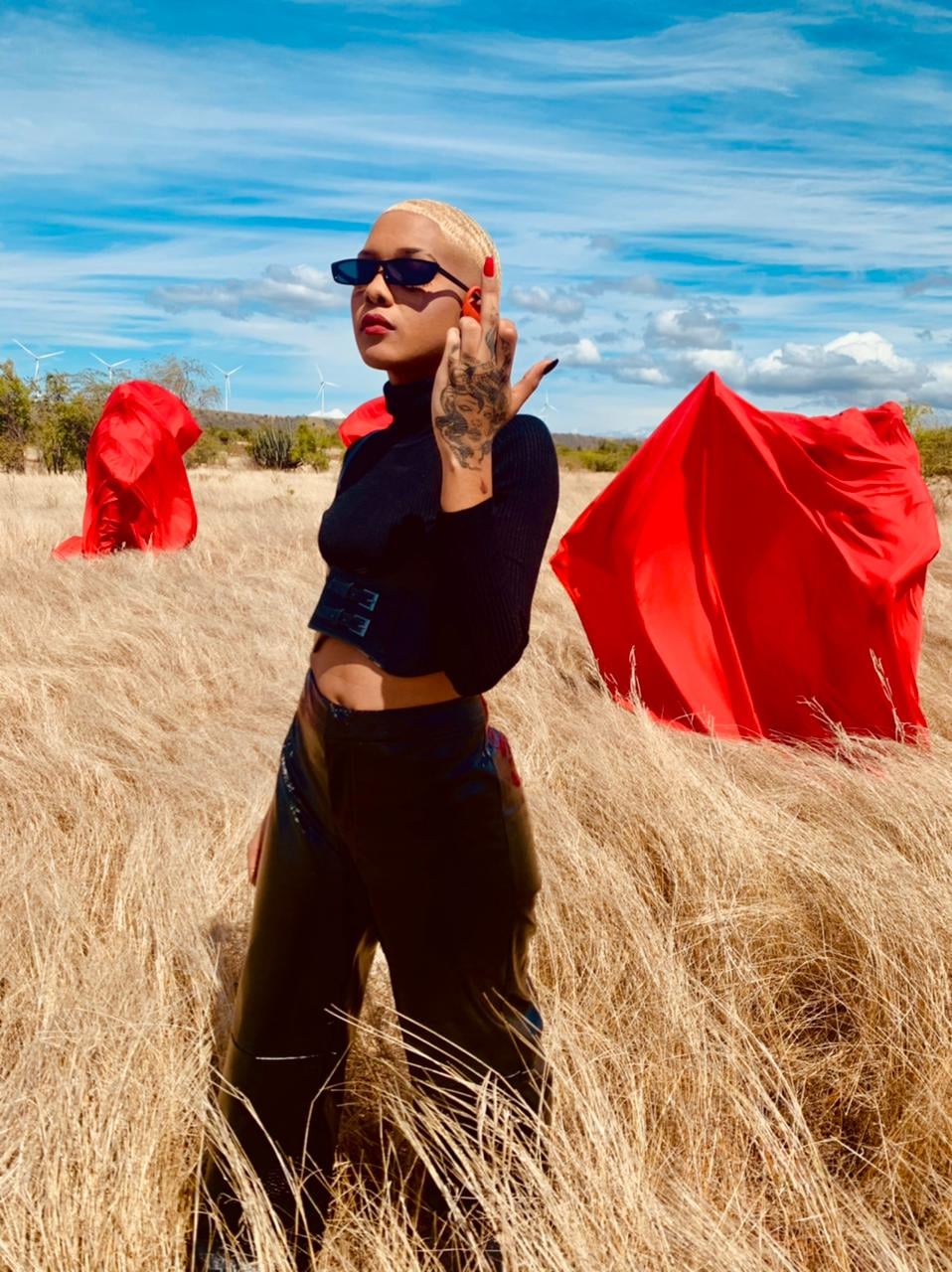 Some would argue hip-hop had many beginnings. First in jazz, in the form of scat singing and rhythmic speech patterns. Later in disco, when in a last-ditch effort to combat the day's anti-Black and antigay naysayers, the music formed a sonic alliance with funk and ushered in a new era. Hip-hop not only gave birth to a world of Black geniuses and pioneers who would later be credited for the foundation of an entire political movement that is continuously studied coast to coast, but it also set the blueprint for the genre-fusing we enjoy today, across musical spectrums globally.

It's with that understanding that heads like myself can come to appreciate the ever-evolving nature of rap music and the unique forms it is subject to take on, depending on where its creators and participants dwell. In the Dominican Republic, for instance, there's a bubbling generation of young, women MCs unabashedly taking up new space and helping popularize home-grown music like dembow. Women like Gailen La Moyeta, Tokischa, and J Noa are not only expanding the breadth of rap music but also disrupting yesteryear's heteronormativity in bodacious style.

Consider hip-hop's inherent Caribbean roots, and enter Red 6xteen. Her petite 5'5" stature is all but unassuming at face value, yet she towers above her competition in songs like "La Moneda," where she slickly introduces herself as "tu version femenina del messiah," or the coming of a female Messiah. Hailing from Los Frailes, Santo Domingo, the 21-year-old credits the likes of J. Cole and La Insuperable as some of her biggest influences but anchors herself in the trap derivative of drill music. Drill is a particular style of trap music that originated in the south side of Chicago and has become prominent in recent years.

Rarely, if ever, do we come across women in drill, much less ones who are like Red: Black, Spanish speaking, and bisexual. In a nation and industry historically riddled with racism and homophobia, Red finds her personal refuge in the ominous subgenre and sinister productions of drill. "When I want to express myself passionately and straightforwardly, I turn to the musicality of drill and what that can bring out of me lyrically," she told POPSUGAR.

If Red is any indication of where hip-hop music across the Black diaspora can go, it's clear the door is being pried open for more commanding and androgynous Spanish-language emceeing in the future. Her latest audiovisual, "ZAZA," is touted as her formal introduction to the game. In an exclusive interview with POPSUGAR, the young Dominican artist shared her musical influences, the state of music in the Dominican Republic today, and what she hopes to see more of from women Dominican artists like herself.

POPSUGAR: Tell me just a little bit about what it was like growing up in your household?

Red 6xteen: The best way I can define it is, mature. Even at such a young age, I was very conscious of what I liked and didn't like. What I wanted and didn't want. I was very aware of my responsibilities at home. It's the type of experience in life that builds your character.

PS: Who are your biggest inspirations? Whose work has influenced you?

R6: I feel inspired and 100 percent motivated by J. Cole. He's not Dominican or Latino, but he really reflects how he is in love with the life processes that he goes through when he is building his music. His confidence and swagger in the industry is one that I would love to radiate myself.

PS: Who is your audience? Who do you make music for?

R6: The hood inspires me every single day. With the most mundane of things, such as the kids from around the way playing in the street or our teteos at night. I'm from Los Frailes, and where I'm from, the ones from the bottom always make it out on top.

PS: What has your experience been as a young woman in the male-driven, hip-hop spaces you occupy?

R6: It's my capacity of expression. Here, I'm free to express that side of me that doesn't want to be seen because "I'm not girly." I quite literally can deal with my anger while expressing myself and in turn help others to identify with it. On one hand, I want people to stop underestimating me because I'm a woman. On the other hand, I understand that someone in my position will have to work three times as hard to attain any position.

PS: How would you define the state of music in the Dominican Republic today?

R6: I think about how it's my country and our music is being represented in places where only certain types of music could make it before. Now we are taking our roots further due to the fact that we are learning from the mistakes of the past and also the wins of the artists with more experience today.

PS: What do you hope to see more of from women Dominican artists such as yourself?

R6: Freedom. We need more of that. I feel like some of us are finally making some movement, but by not having full autonomy over ourselves as artists. We need freedom to really speak to our audiences.