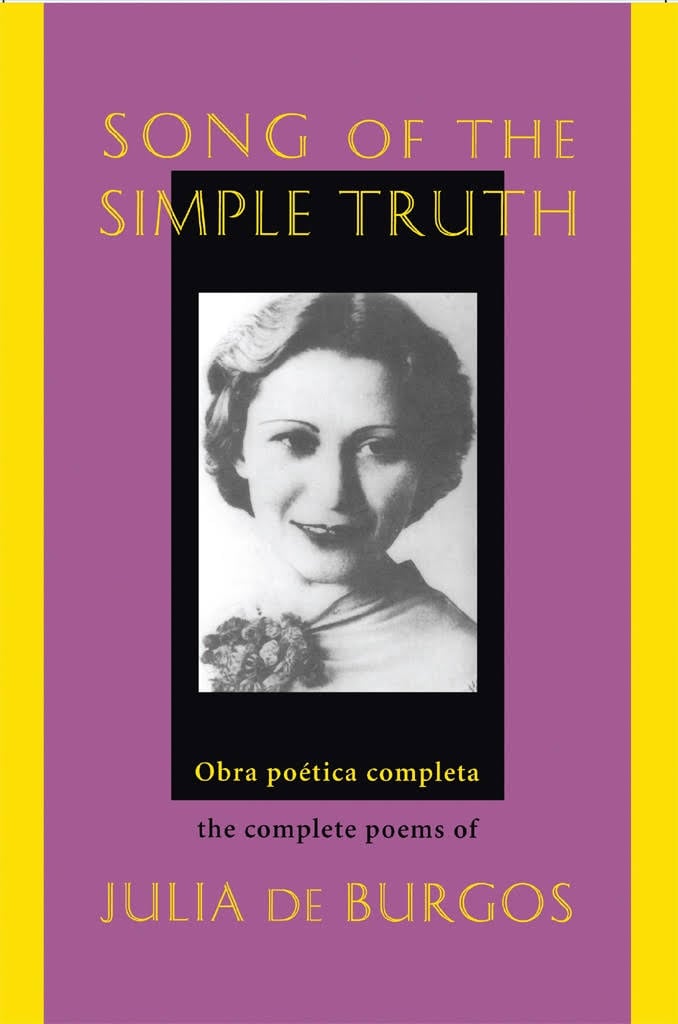 In 2008, when I was a wide-eyed, first-year journalism student at St. John's University, I wasn't familiar with Puerto Rican women who had made careers out of writing. I hadn't yet read Esmeralda Santiago's esteemed novel When I Was Puerto Rican. I was unaware of Arlene Dávila's research on the marginalization of Latinx in the media. And I had no idea that Tanzina Vega had just started a job at The New York Times.

I was simply listening to a mysterious roar from my spirit calling me to compose stories about people in my community who could help bring about change, completely ignorant to examples of what this looks like. I was unaware that I was following a path laid out by women who were also compelled — by God, ancestors, or some other nonmaterial herald — to write in an effort to educate, eradicate, and empower.

One of the first women writers to affirm this mystifying calling for me was Julia de Burgos. While she was an internationally acclaimed poet and an icon in Puerto Rico and Boricua neighborhoods across the US, I didn't find her work until I was a young adult. I was scrolling through social media and came across a quote: "Don't let the hand you hold hold you down."

A burgeoning feminist desperate for information about women's rights movements beyond some of the white leaders that my Introduction to Women's Studies course focused on, I immediately googled the Spanish name the line was attributed to. There she was: a Brown-skinned Puerto Rican poet, a champion of civil rights and gender justice, an advocate of Puerto Rican independence — an example of what this curious fervor in me could actually look like.

With three published books — one posthumously — de Burgos was a barrier-breaking, history-making, and society-shaking poet. Her award-winning pieces on Puerto Rican national identity, colonialism, land, the plight and strength of women, and the social struggles of the oppressed captivated readers around the archipelago, across the Caribbean, and in New York, helping her realize a dream of becoming one of the greatest poets of the Americas.

Today, 67 years after she died, she is celebrated as a powerful Puerto Rican revolutionary and a Latina feminist heroine. Schools bear her name on the island and in US cities like New York, Chicago, Philadelphia, and Cleveland. De Burgos murals are painted on the walls of Latinx neighborhoods. Her face is on a postage stamp, she's been referenced in music, and there are multiple books published in Spanish and English about her life and literature.

But de Burgos didn't just write poetry. Although she was less well-known for her contributions to journalism, in the 1940s, when she lived in New York, she was also a key figure in the city's Spanish-language news media. She was the art and culture editor at Pueblos Hispanos, a weekly socialist publication that ran for 20 months.

While at the newspaper, de Burgos published poems and essays that highlighted the struggles of communities of color and supported movements for Puerto Rican independence, Black power, women's rights, and socialism. She covered political, social, and cultural news occurring locally and in Latin America, and she promoted integration among Latinx, Caribbean immigrants, and Black people in New York.

Related:
50+ Books Every Latina Should Read in Her Lifetime

Whether poetry or prose, her writing uplifted a mission of social justice and liberation, and more than five decades after she passed away on July 6, 1953, it showed me as a journalism student that this work is possible and that it's been done before.

De Burgos revealed to me a path that I didn't know was available, one that I'm now aware also bears the footprints of several Puerto Rican women who wrote and are writing their way to a fair and free reality.

As a midcareer journalist who has always centered Latinx and Puerto Rican liberation, justice, brilliance, and joy, I currently walk along this same passage. Here, I am picking up the recorded wisdom women like de Burgos laid out, and hopefully I am widening the bridle path for future generations of Latina culture and political writers.