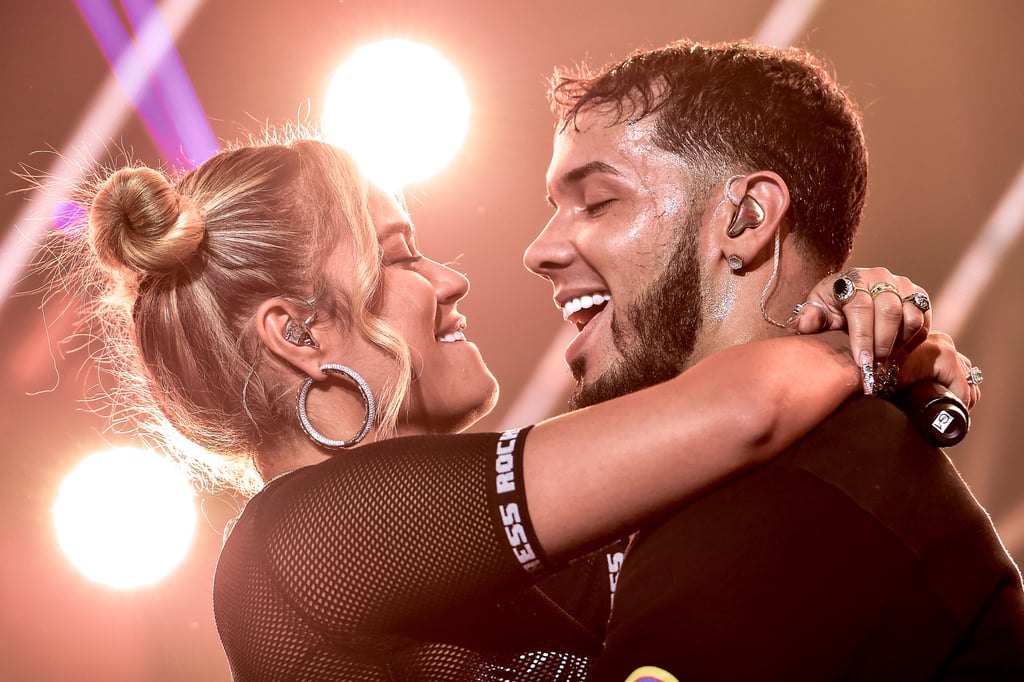 "If just accepting it is hard enough, imagine having to do it in front of millions of people," Karol G confirmed her breakup with Anuel AA in a statement she posted on her Instagram stories. "We were two people with public lives that wanted to have a normal relationship just like anyone else, and that's the reason why we never hid our feelings and went public with our relationship," she wrote in Spanish.

The Colombian singer, who has just released her debut album KG0516, ended the statement thanking everyone for following them on their journey, and supporting their love. "I love you Emmanuel, my gratitude to you, your family and everything we lived through, our growth and what we learned together," she said.

At least we'll always have their music! Since the news of the split broke, we've been watching their music videos on repeat, and judging by the comments on Youtube, we are not the only ones. If you feel like wallowing in their cutest moments together, keep scrolling to watch the five mega-hits the reggaeton power couple released during their two-year relationship.