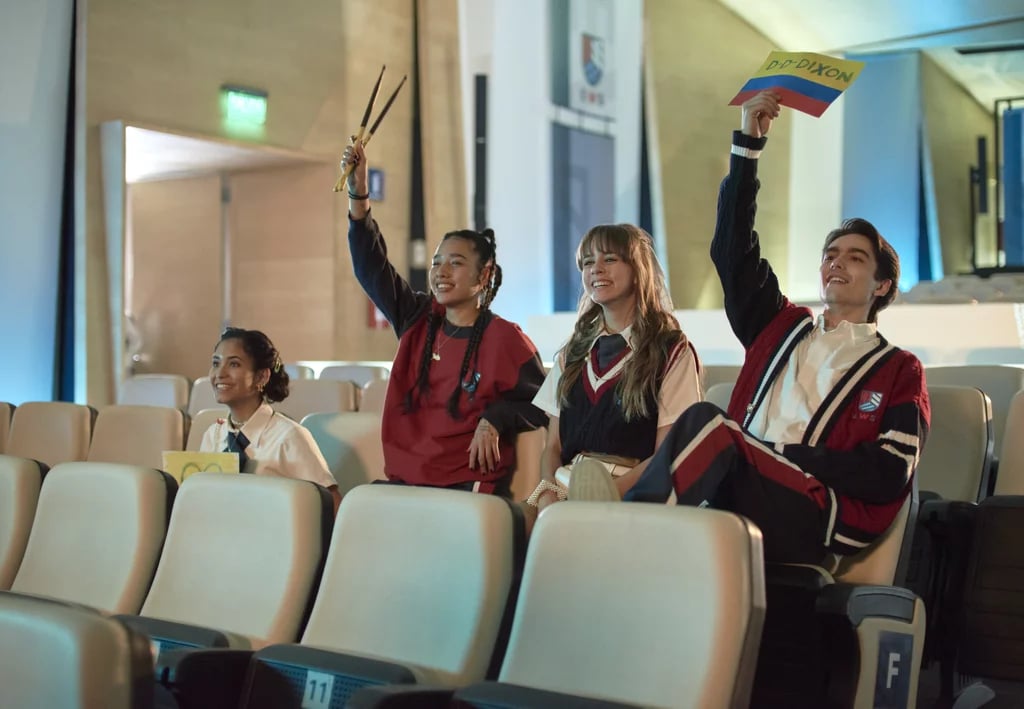 There's no doubt Netflix (and the other early streaming channels) have transformed how we watch TV. The streamer pretty much invented the binge watch by dropping entire seasons at a time and encouraging us to stay up late and watch episode after episode. It's not even a guilty pleasure anymore — binging is the new normal with shows like "Euphoria" standing out by not being available all at once.

Of course, the other big change brought about by Netflix is the availability of content across borders. Now everyone with a subscription has access to a global library of TV shows and films, and I think we're better off for it. When I want to switch my primarily English-using brain, the best thing to do is to fall in love with a Spanish-language show. Suddenly, I'm thinking, dreaming, and muttering in Spanish. This whole other side of me comes out, and it makes me proud of where I come from and where I'm going.

That's why I'm excited to share 20 Spanish-language shows you can binge on Netflix right now. There's a little bit of everything in here for you, from biopics of our communities like "Luis Miguel: La Serie" and "Jenni Rivera: Mariposa de Barrio" to modernized telenovelas like "La Casa de las Flores" and "Monarca," and even period pieces like "Las Chicas del Cable" and "Hache" remind us that we didn't spring up out of nowhere. There are even teen shows, crime shows, and teen crime shows in Spanish — the options are endless.

I also appreciate how their take on what it means to be Spanish-speaking varies, which should be a no-brainer since we're talking about shows from Spain, Latin America, and of course, here in the United States. But regardless of whether these shows feel foreign or domestic to you, they're all a great way to spend your next binge session. So, check out our list of 20 Spanish-language shows you can stream on Netflix right now.

Identity
The State of Reggaeton Music Today — in Conversation With Paopao, Katelina Eccleston, and Jesús Triviño
by Charisandra Perez 7 hours ago