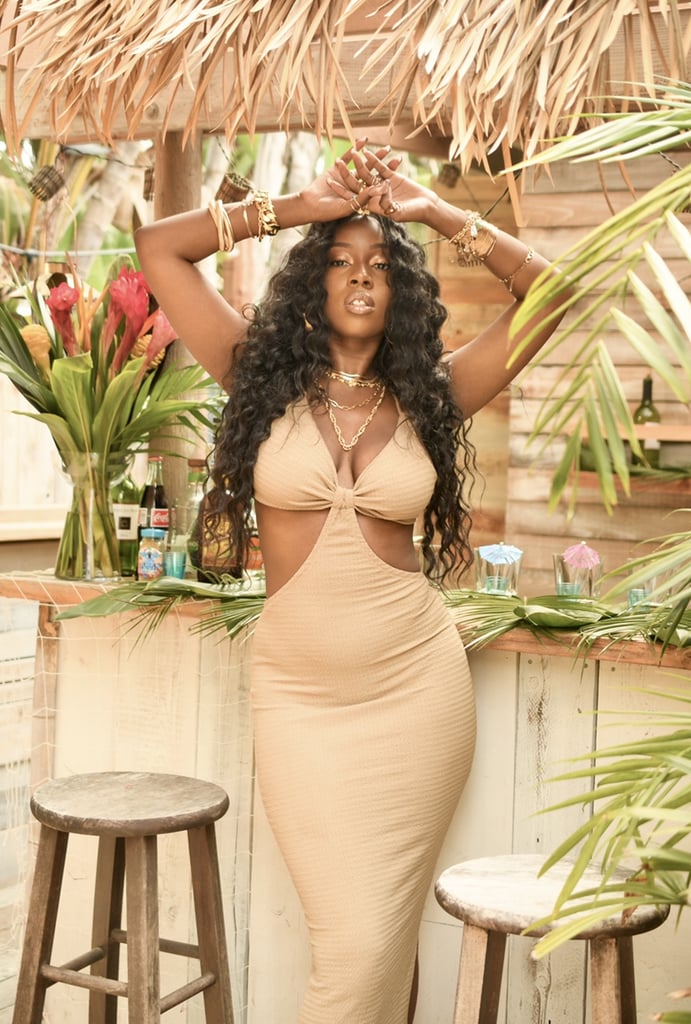 Afro-Latina TikTok Star Pamé Is Coming For Her EGOT

At the tail end of 2021, Adele released her long-awaited 30 album, giving fans the moody, stare-out-the-window-longingly soundtrack we'd been anticipating for an entire decade. Exactly eight days after the album's debut, Afro-Latina singer and TikTok star Pamé slid into the spotlight with her own version of the album's lead single, "Easy on Me." Since it was first posted on Nov. 27, 2021, Pamé's cover has raked in over 11.7 million views. But after being flooded with compliments for her stunning vocal performance, Pamé admits to POPSUGAR that the video is actually her least favorite cover to date.

Gifted with a voice that sounds straight out of a recording studio — even with her "janky" speaker and karaoke-style setup behind the scenes — Pamé's typical song covers include classics like Etta James's "Sunday Kind of Love," Whitney Houston's "Run to You," and even newer hits like "Pa' Romperla" by Bad Bunny and Don Omar. "It's like I'm reintroducing [my followers] to the classics," she says, adding that she also loves to record her own music. "I want people to see that I'm not just a cover artist. I actually want to start doing more duets and write verses to other people's songs."

On Oct. 28, 2021, Pamé released her first single, "Fresh Water," featuring Floyd Fuji. It's a song representative of the tropical sound she hopes to embody by combining traditional Dominican palo — sacred African-derived music played on traditional palo drums — with chanting, merengue, accordion, and modern sounds. "I'm from a country called Dominican Republic, so a lot of my music is incorporating those African and Dominican palos in the music. Everything's very upbeat and rhythmic," she said. "It's important to me as an Afro-Latina [to make this music], because coming to the United States, I never really had a space where I felt like I fit in. I didn't fit with the standard of what a Latina looks like in the United States. I also didn't fit in with the African-American kids because the culture was completely different."

Pamé was struck by the difficulty of learning a new language and integrating herself into a new culture when she first came to the US. But her social media presence has turned her into a champion for underrepresented voices on TikTok and in the wider music industry. "It's very, very important for me to represent Afro-Latinos and people who look like me, have my skin color, speak Spanish, and come from these different countries," she explained. "There are Afro-Latinos that are in the music industry right now, but I don't think that there are Afro-Latinos who represent my skin tone, people who look like me. So I really want to be an example and give people that space." 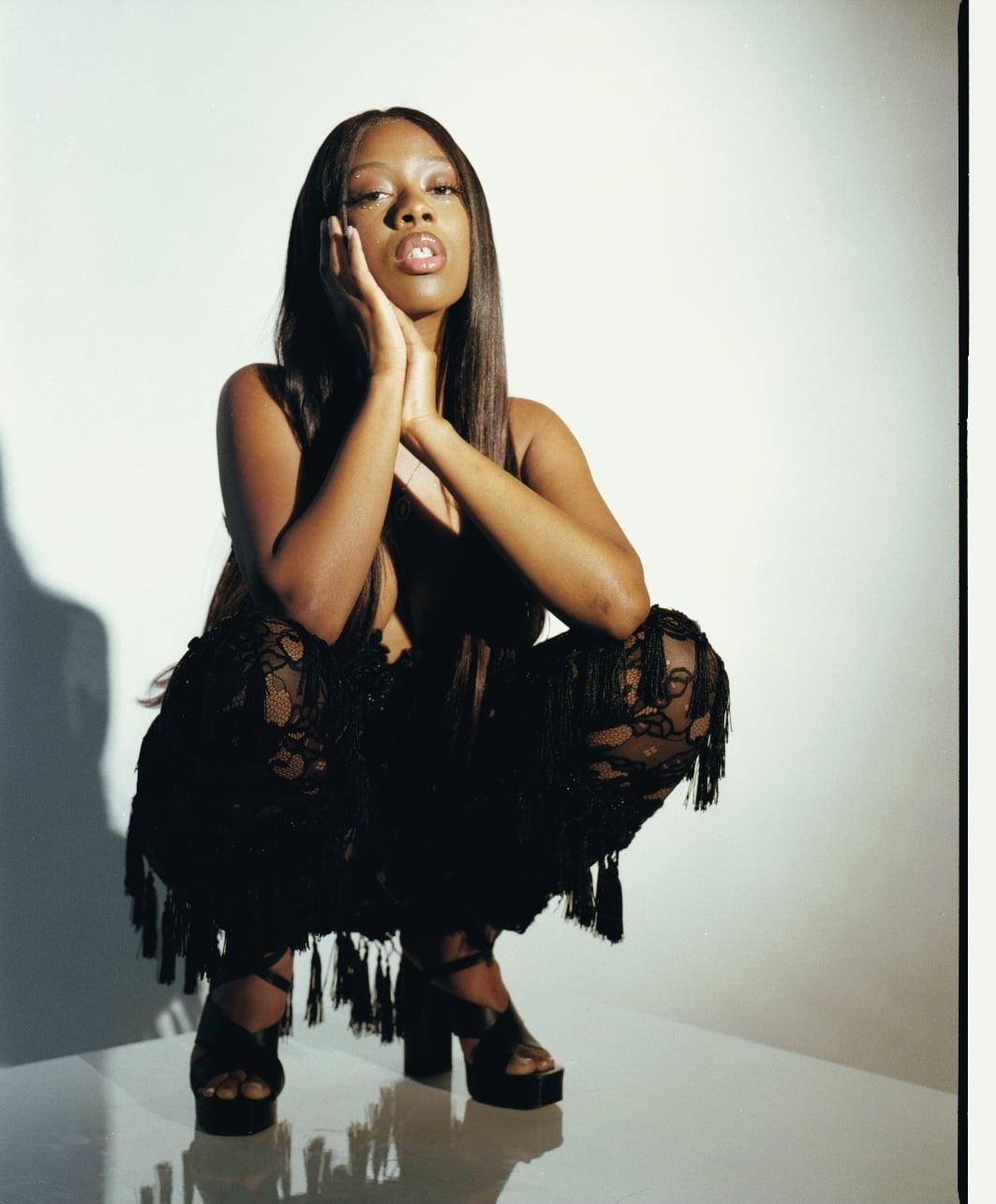 Pamé only published her "Easy on Me" cover because her sister begged her to, but she's grateful for the influx of followers that the video earned her, many of whom see themselves represented through her. "I've gotten emails — paragraphs and paragraphs — from girls that are from Dominican Republic or from Panama or Honduras or Mexico, and they're Afro-Latinos," she says. "They're like, 'Yo, I'm just so grateful to have somebody that looks like you and that looks like me to be representing us.' They need that representation."

"I just want to help my community and be a voice for people that don't really get that chance to."

Eager to break onto the music scene, Pamé takes her TikTok fame in stride and hopes that her successes, big or small, will pave the way for fellow Afro-Latinx artists to do the same. "I just want to help my community and be a voice for people that don't really get that chance to," she says. "At the end of the day, we need to help each other. A lot of the time, the music industry can be such a selfish place, but there's space for everybody. And I think it's important to let everybody know how much they matter, no matter how small."

Beyond TikTok, Pamé is a full-time musician with a firm goal in mind: she wants to win an EGOT — yes, all four awards, starting with a Tony. Experienced as an actor, Pamé starred as Felicia in Memphis during her time at Berklee College of Music and is currently in talks to do a stint as Jenna in Waitress on Broadway. In 2022, Pamé plans to release a five-song EP to kickstart her music career, hopefully laying the groundwork for her future Grammy. Down the road, she also hopes to work with stars like Kendrick Lamar, Victoria Monét, and Juan Luis Guerra. Ambitious? Probably. Achievable? Absolutely.

Pamé added that, if she weren't a musician, she'd probably be a marine biologist. But we're grateful her talents led her down the path to music, because her vocals are next level. Listen to some of Pamé's best covers on TikTok ahead.

Related:
Thanks to TikTok, We Can't Get These Songs Out of Our Heads
Previous Next Start Slideshow
Afro-Latina TikTok Star Pamé Is Coming For Her EGOT originally posted on POPSUGAR Entertainment News
MusicTikTokMusic Covers

Beauty Tips
I Tried the Viral "Dot" Contouring Hack From TikTok, and I'll Never Go Back
by Jessica Harrington 22 hours ago