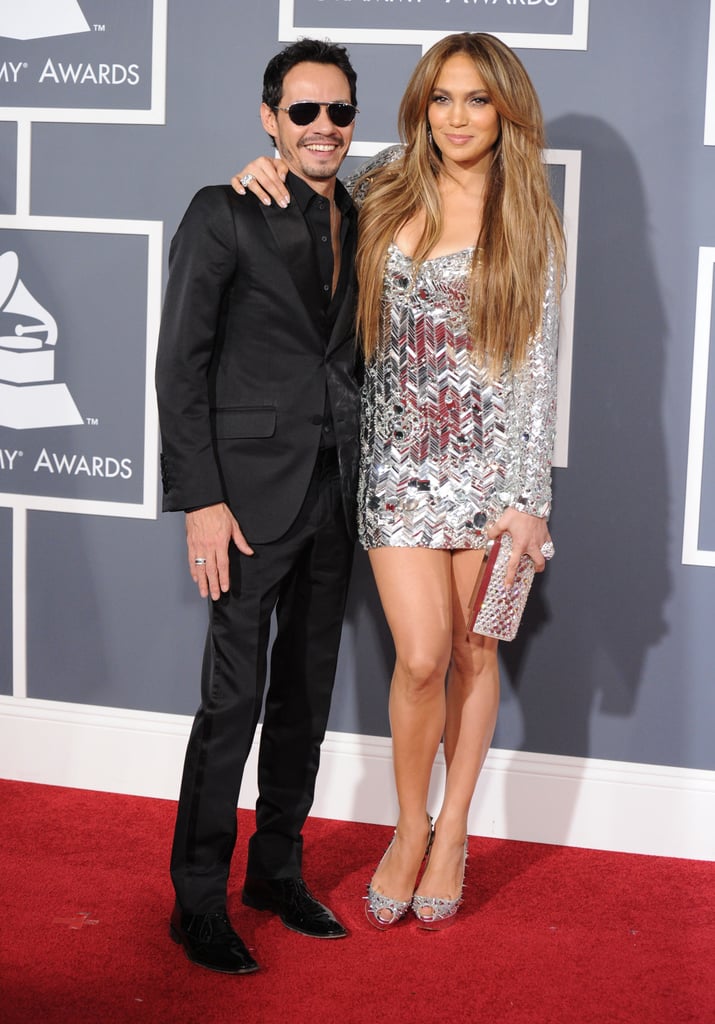 Jennifer and Marc got married just six months after her break-up with Ben. The two are parents to twins Max and Emma, born in 2008. J Lo and Marc announced their split in 2011 and he filed for divorce in 2012. The paperwork was finalized in 2014 and she got primary physical custody of their kids. They remain close.

Jennifer Lopez
Jennifer Lopez Feels "Relaxed and Recharged" in This White Bikini, and It's What She Deserves
by Karenna Meredith 1 day ago

Celebrity Instagrams
Hailey Bieber's $59 Valentine's Day Cardigan Is So Sweet, Justin Should Write a Song About It
by Karenna Meredith 2 days ago

Celebrity Instagrams
Love Is in the Air: Celebrities Wish Their Significant Others a Happy Valentine's Day
by Brea Cubit 3 days ago

Winter Fashion
With a Belt Like That, There's No Mistaking J Lo's Jumpsuit For Anything Other Than Gucci
by Kelsey Garcia 3 days ago