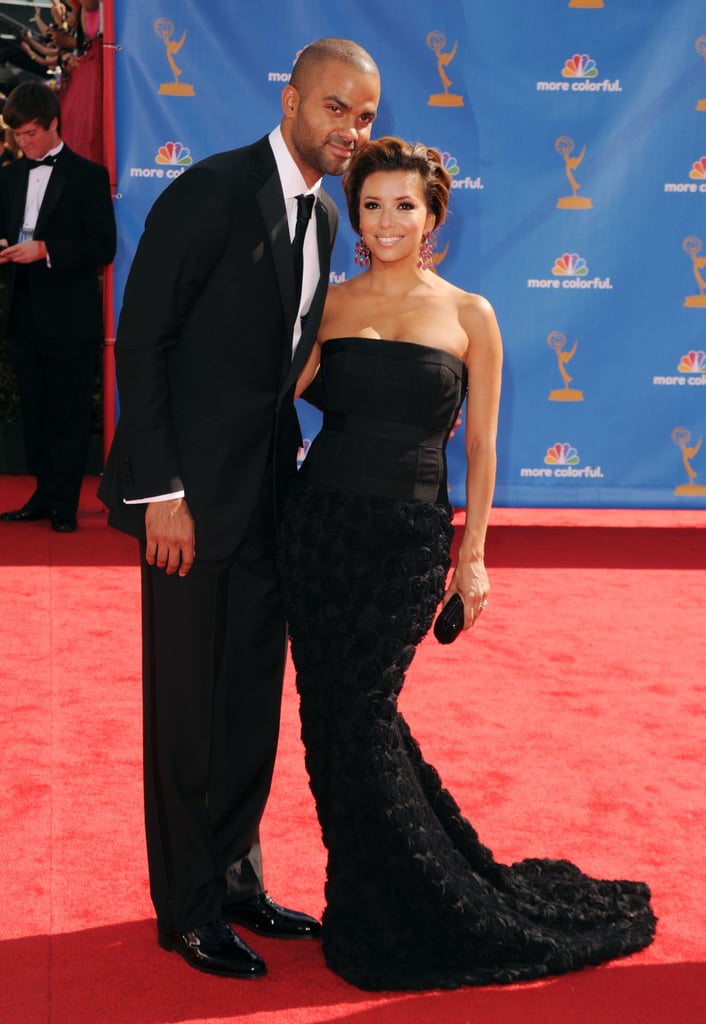 Eva met Tony Parker in November 2004 and almost exactly two years later, they were engaged. The duo had a civil ceremony on July 6, 2007, in Paris and then had a Catholic wedding ceremony at the Saint-Germain L'Auxerrois on July 7, 2007. On November 17, 2010, Eva filed for divorce in Los Angeles and on Nov. 19, 2010, Tony filed for divorce in Texas. The actress told her best friend, Mario Lopez, she had found hundreds of text messages from another woman on her husband's phone. It turns out Tony was having an affair with Erin Barry, the wife of one his former teammates. The two finalized their divorce on Jan. 28, 2011.

Previous Next Start Slideshow
Eva LongoriaCelebrity CouplesCelebrities
Around The Web

Celebrity Couples
No, Jodie Foster Did Not Set Up Shailene Woodley and Aaron Rodgers
by Grayson Gilcrease 10 hours ago
Emma Stone
Emma Stone and Dave McCary Were Spotted in LA as They Gear Up For Parenthood
by Karenna Meredith 2 days ago