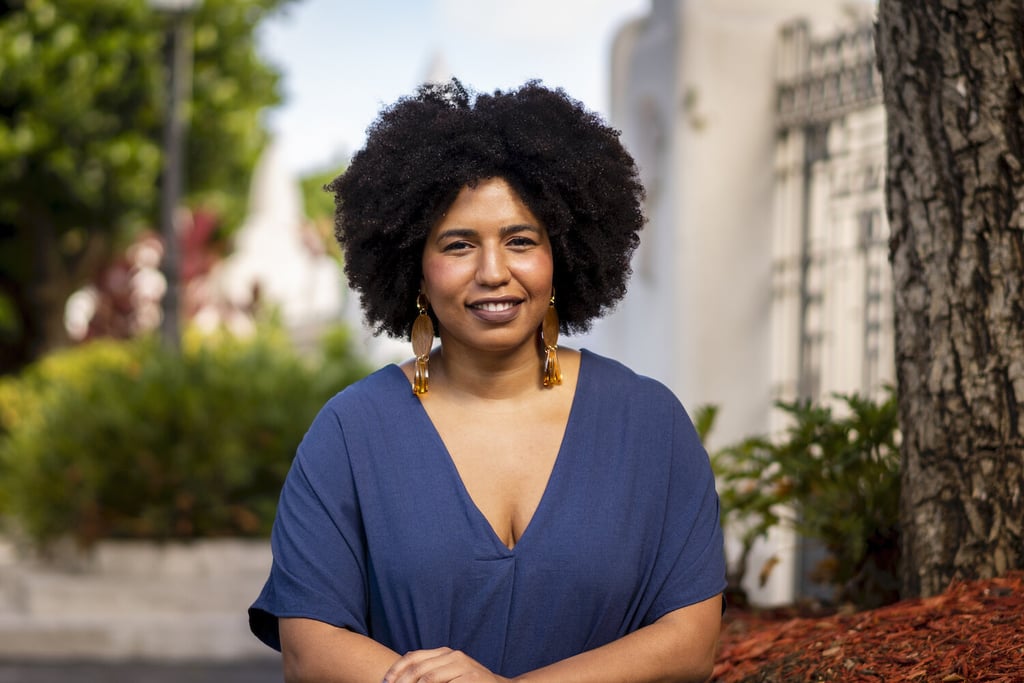 From a very young age, Veroshk Williams, PhD, took an interest in psychology and human suffering as a result of the loss and trauma she experienced as a kid. "I had a very emotional start of my life, which was basically due to losing both parents to HIV when I was little. My mom passed away when I was 4 and then my dad when I was 7. So since then, I have always been very curious about why we suffer," she told POPSUGAR Latina. It was that question that took Dr. Williams on an emotional and spiritual journey that led her to get into psychology. Born and raised in Puerto Rico, Dr. Williams came to the States for college, studying at Cornell and Harvard. Her focus was on clinical psychology. She was really interested in understanding the depth of the human mind and helping people. It was her own spiritual awakening that eventually led to the incorporation of astrology in her work.

"I went to a consultation with this Colombian astrologer and she basically told me I was going to end up doing astrology, and I was like, 'What? This lady is crazy.' Because I was coming from Harvard with my suit and was like, 'No, I don't even know what this is,'" she said. "But since I had decided to go on a sabbatical, I was like, 'I don't know if this is true.' A lot of the things she told me about myself did make sense to me, and after the consultation, she invited me to take some classes in astrology with her. I was like, 'Well, I don't really have much to do so I might as well do something with my free time.' So I did it and it blew my mind."

Dr. Williams was surprised at how much math was involved and quickly started to realize that there are components of astrology that can actually help with mental health. "Basically what astrology brought to my life then was that in a short amount of time you can get concrete answers about a person and concrete possibilities that that person can obtain by making series of decisions in a specific amount of time [all based on these mathematical calculations and measurements]," she said. "So to me, that was something psychology didn't have because we didn't see the problems, we couldn't see the characteristics and the persona. In psychology we don't have the really concrete information as to whether, according to that specific person, what are their true possibilities in life? Like where should they live? Does it make a difference? Or should they devote themselves to a very dynamic type of work environment or a very passive one? That's the information we get from astrology."

It was after that moment that Dr. Williams decided to get the equivalent of a master's in astrology at a program in Colombia. She knew she still wanted to pursue a doctorate in psychology, which she eventually did, because it was her passion. But she felt this intense curiosity to study astrology, not knowing at the time that she would eventually fuse astrology with psychology as a private practitioner. "Because when you're studying psychology there are so many rules, the ethics of science and the pressure from health insurances, even professors and programs don't encourage you to move away from that, so studying astrology was more for myself and my family."

Despite the pushback she got from friends and family for studying astrology for two years in Colombia, Dr. Williams did it. And while she was happy she went for it, she was also disappointed that it wasn't something she could openly share or discuss in her circles for years. But everything changed after the newspaper El Nuevo Día asked her to write a horoscope for the end of the year. Today, she still has no idea how they heard of her. She had finished the astrology program and was working on her doctorate but wasn't promoting it anywhere. The piece did so well she eventually became their monthly horoscope columnist, which led to people reaching out for her to do astrology readings for them. Initially Dr. Williams started doing her astrology consultations separate from her psychology sessions because of all the regulations in her profession. Eventually she went into private practice and launched her company Sanación Infinita, based in Puerto Rico, where she now is able to merge the two based on the client's needs. She makes it clear to clients though that astrology is not fortune telling.

"There is a psychological component to astrology. People have a misconception that astrology is the spiritual belief. Spirituality is the consequence of astrology. But it's not the root of astrology. From a philosophical way of viewing it, the foundation of astrology is not spirituality, but at least not the way that we define it today," she said. "The foundation to astrology is everything that can be calculated. Get all the positionings of the planets and base everything from that. A lot of people approach astrology with just their sun, moon, and rising sign and say, 'This is me.' But astrology gives you the information of your ideal self. The more you work on yourself to be that ideal self, then you'll feel good. The basic part of astrology is your birth chart, but when we use more complex mathematics and we put that into a dynamic relation with time and compare your horoscope with how it would interact a month from today for instance . . . and according those interactions, that's how we do predictions, or what we call progressions."

Where to Find Her: