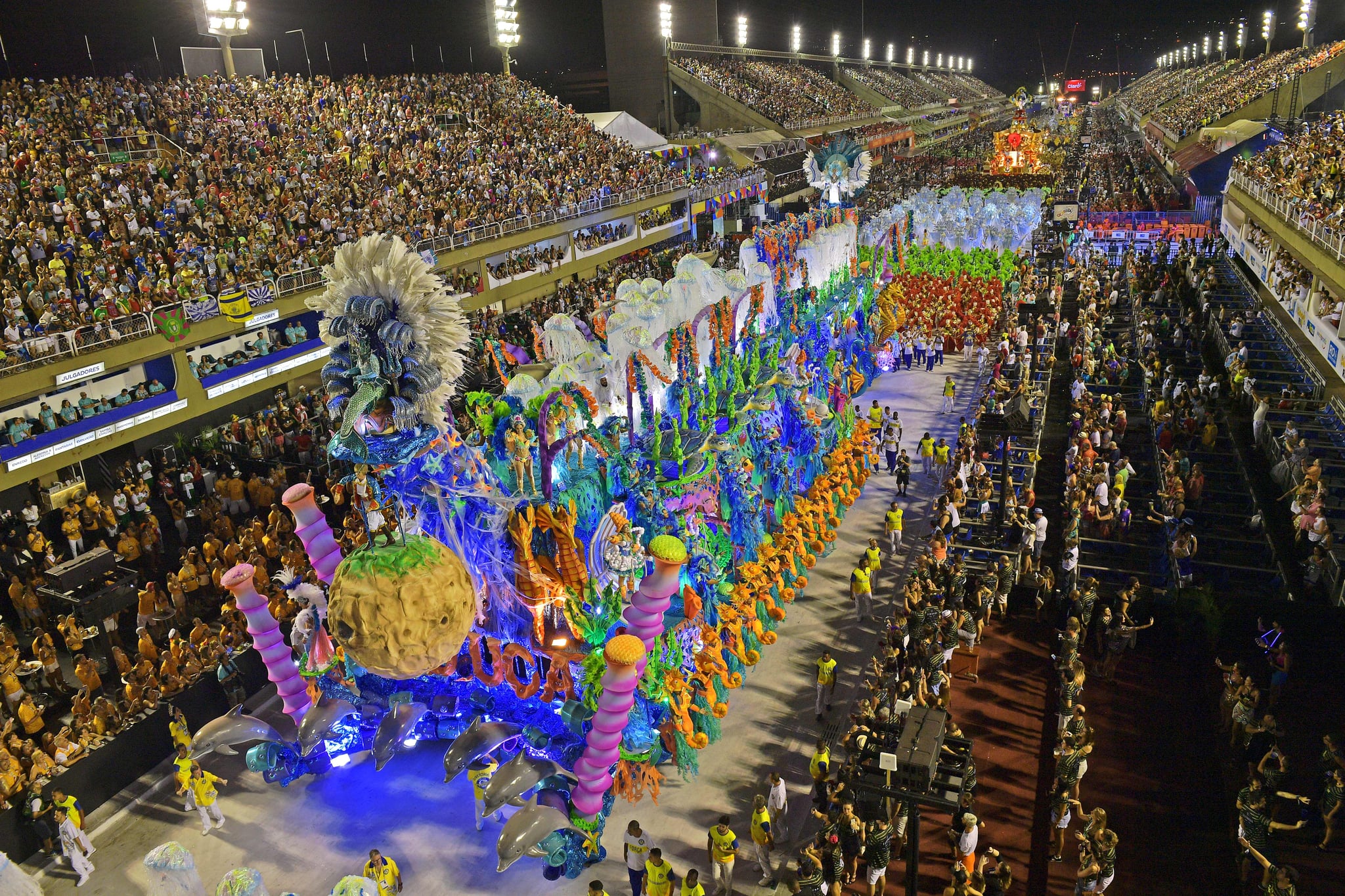 The place that comes to mind when hearing about carnival is definitely Brazil. The colorful Rio Carnival is the largest in the world, a party so unique and spectacular that almost everyone knows a little something about it. Locals say it's the greatest show on Earth, and we believe them fully because its reputation precedes these festivities as a five-day samba, feather, and color extravaganza.

Yes, Carnival in Rio takes a full five days. From Friday night until noon of Ash Wednesday, people take to the streets for an array of events where the samba (a rhythm that has its roots in the mix of African and European music) is always at the core. Like most carnivals, the one in Rio aligns with the Catholic calendar, giving people a last opportunity for excess and pagan pleasures before the start of the 40 days of Lent.

In Brazil, the celebration can be traced back to the 18th century, introduced by Portuguese colonizers and called "Entrudo" back then, a celebration led by working classes to mock the mannerism of the rich. But, besides this, all the samba, and the Sambódromo — the parade area built for the celebrations — what else do we know about Carnival in Rio?

It's a Royal Affair 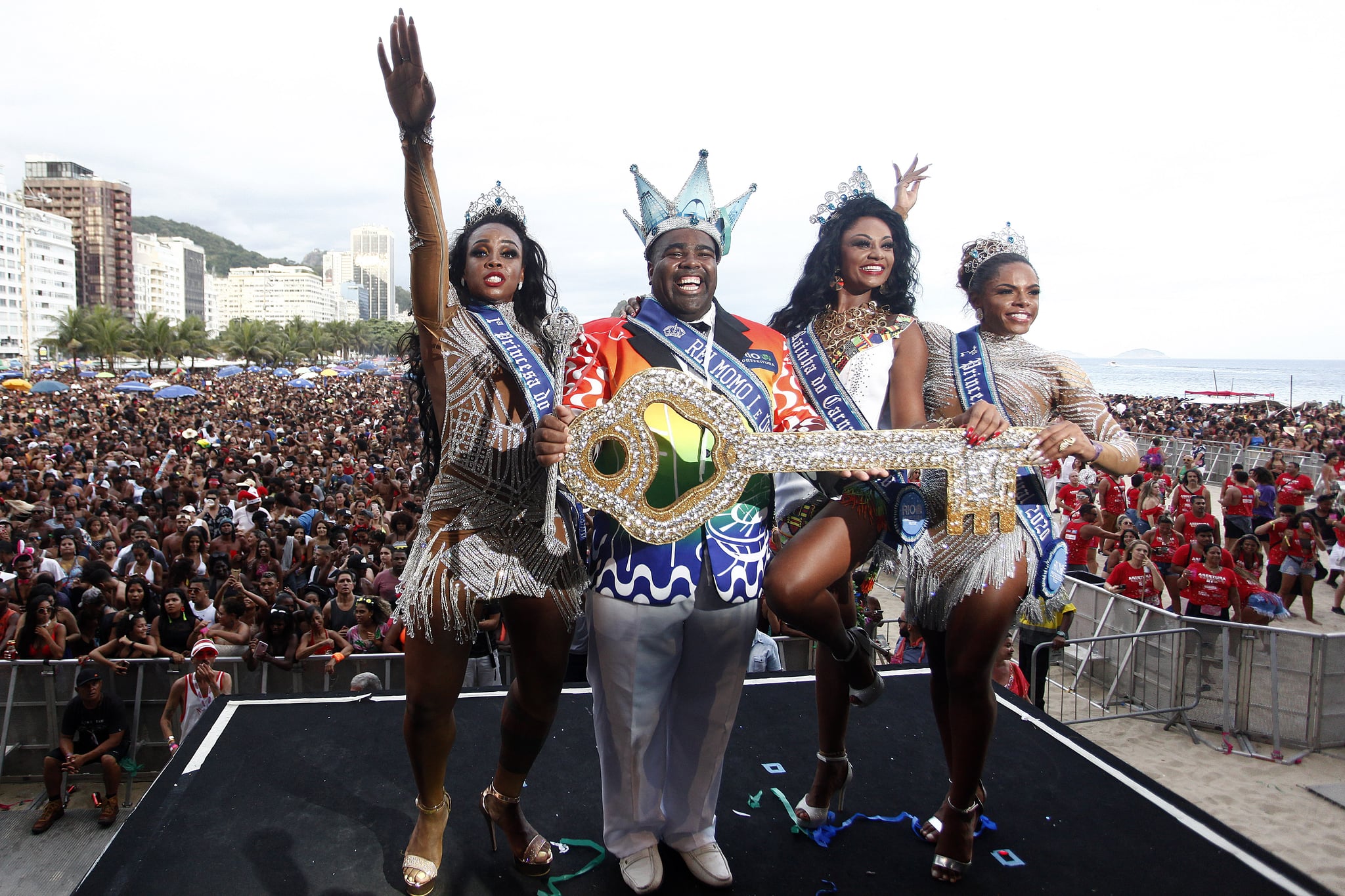 Carnivals in South America came to be following pagan celebrations where god Momo was worshiped, and the figure of Momo survives today as the central inspiration for most festivities. In Rio, the King Momo is the central character of Carnival, followed by a queen and two princesses, these last two usually selected from samba schools. On Friday, the mayor gives the key to the city to the king, therefore giving him and his court the authority to "rule" the city and everything going on in it.

Samba is a Serious Business 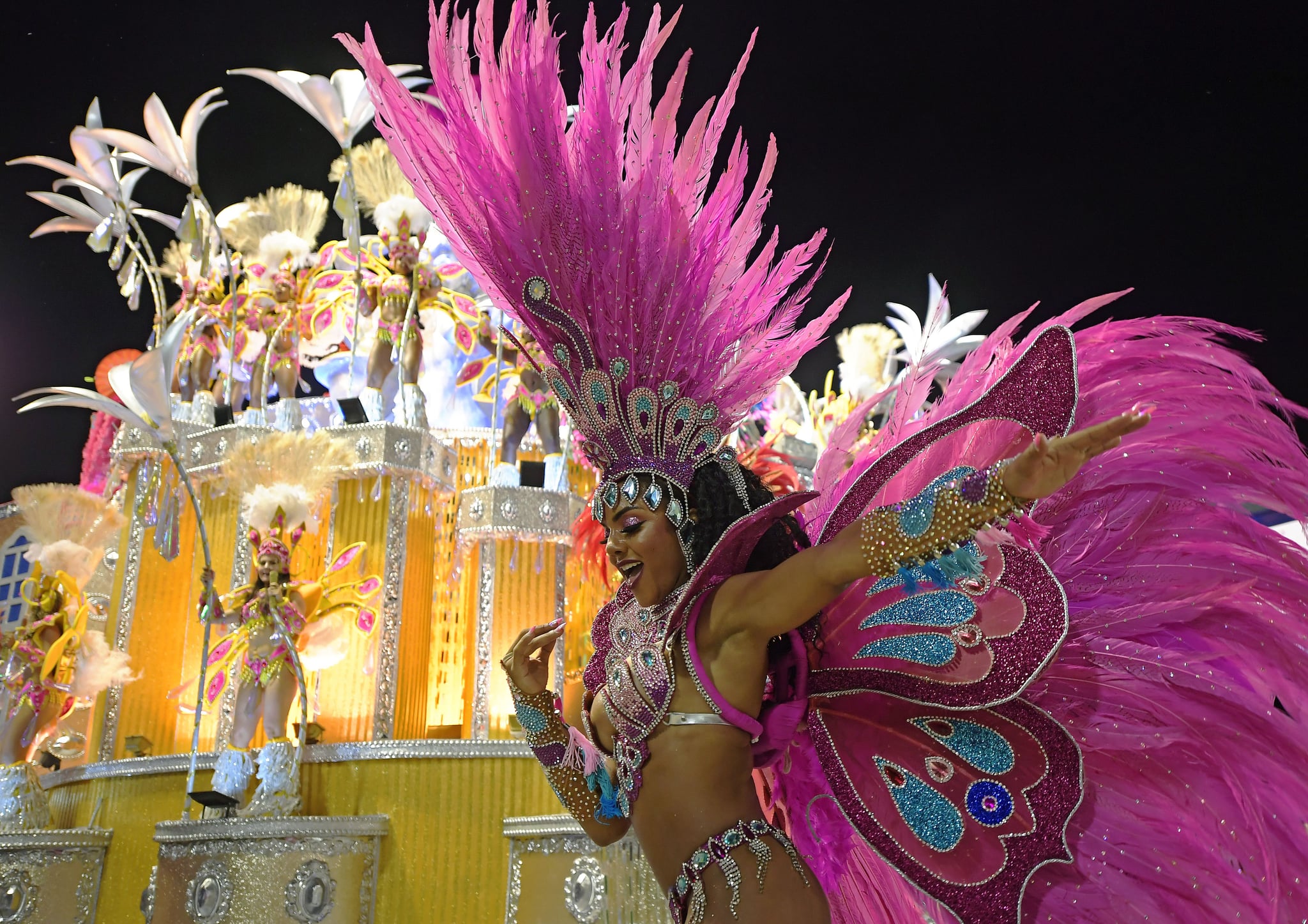 We have all heard of the Sambódromo, and millions have seen on TV the major spectacle that a samba parade is, an image that has almost exclusively symbolized the Rio carnival for years. What many people don't know is what it takes to get there. The parade — which in total can take up to 10 hours to be completed — is actually a competition between the top 14 samba schools in the city. Each one of them picks a theme and performs in the Sambódromo, where besides the hundreds of thousands of people there are also 40 jurors watching their performances closely.

You Can Technically Join a Smaller Parade 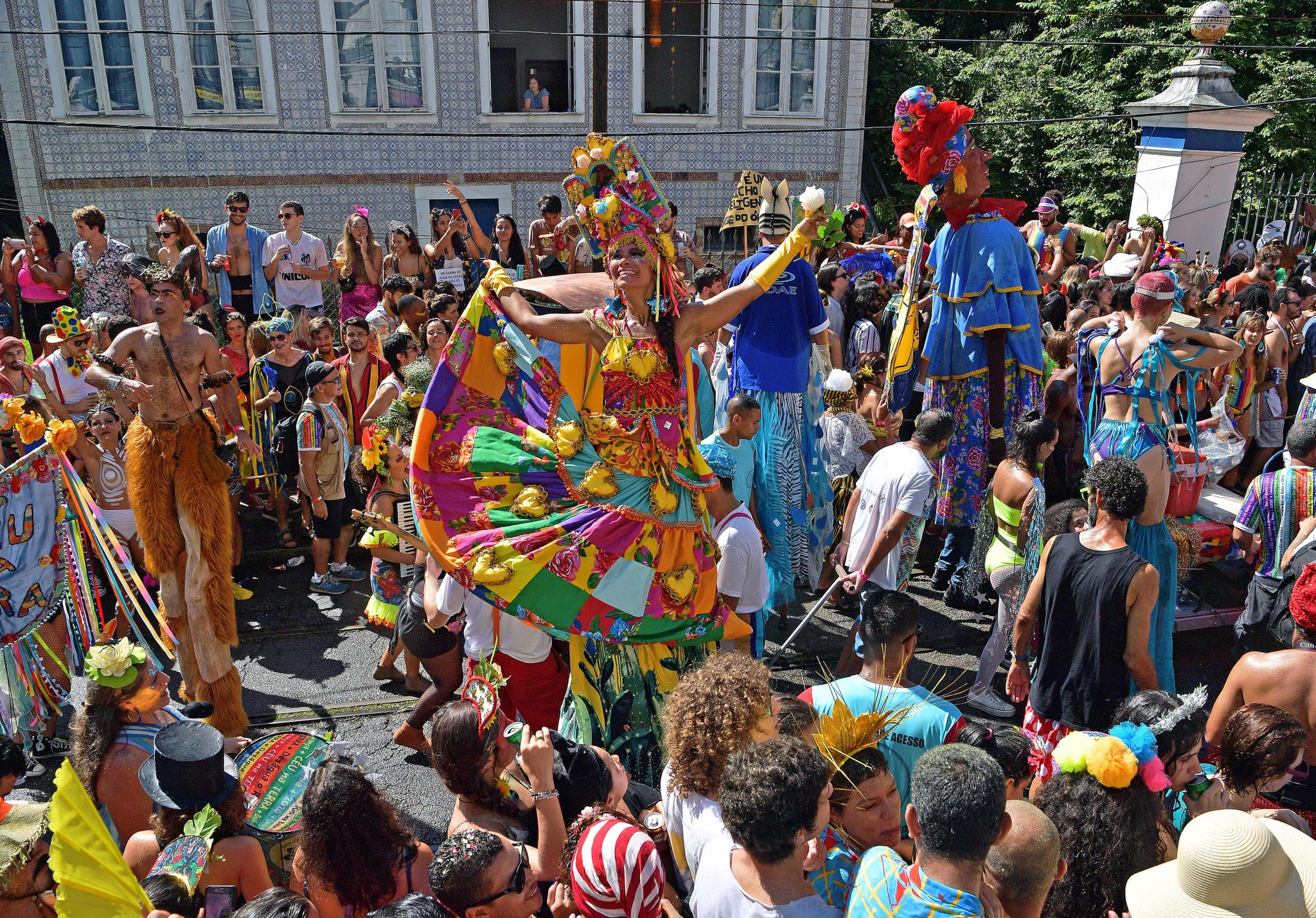 Rio de Janeiro has options for everyone to enjoy this time of year. Parallel to the parade, events are happening all over the city. The most prominent ones are the street parties or "blocos," as they're known. Blocos are led by moving vans or floats that trail slowly along with streams of samba music blasting. Like any street party there are vendors, food and music available at every turn, people in costumes and a lot of heat, so be prepared to sweat.

Costumes are a Must 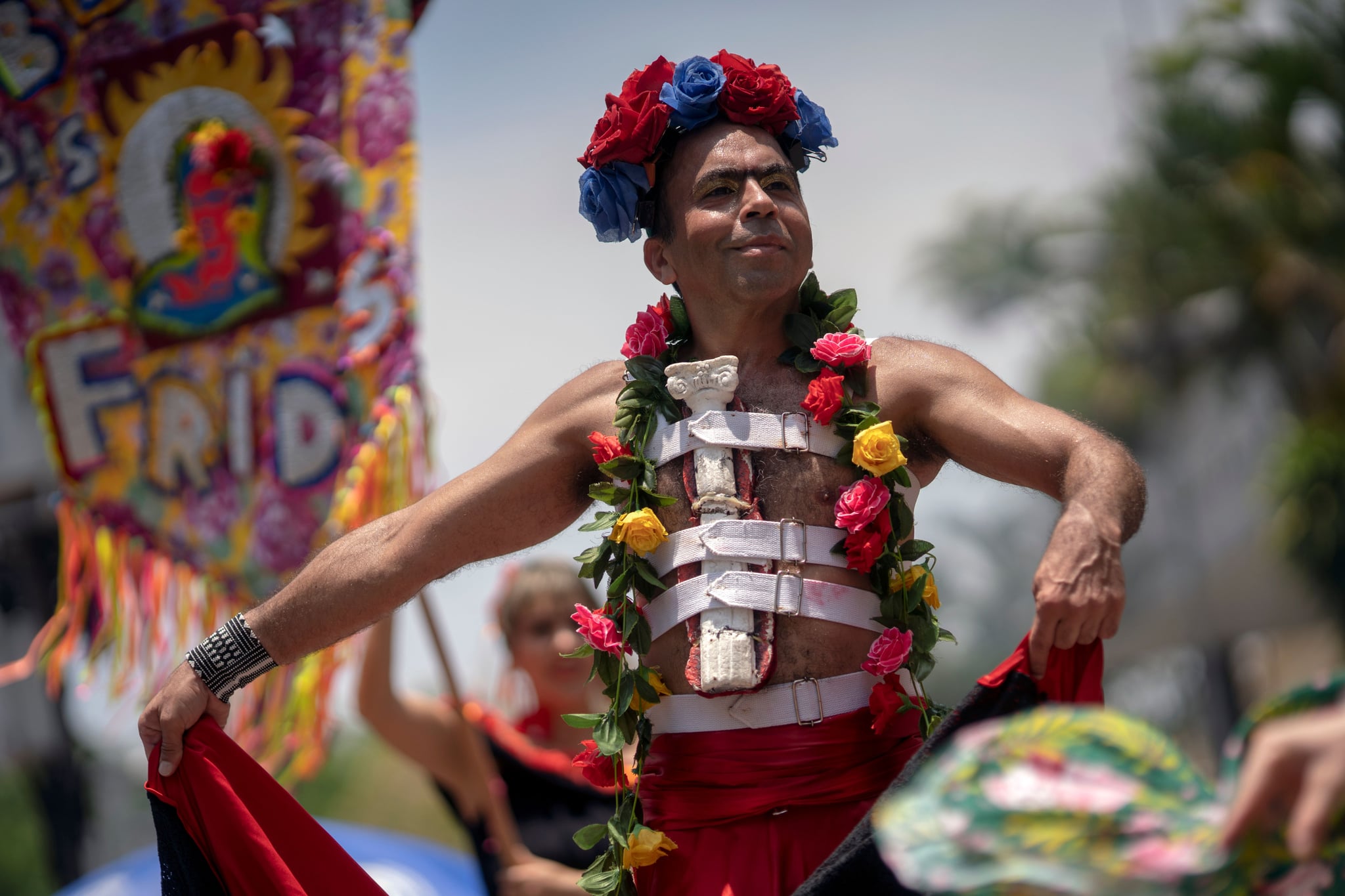 One of the most important elements of carnival is the fact that, since their inception, people used costumes to mock the behavior of those they despised. From kings to politicians, working classes have taken to costume to express their thoughts about reality. Although in Rio costumes are not by any means mandatory, they are definitely part of the experience. Whether you want to be a police officer, a nurse, wear a mask, or just cover yourself in glitter, you join the fun and use your imagination!

Kids can Join in the Fun 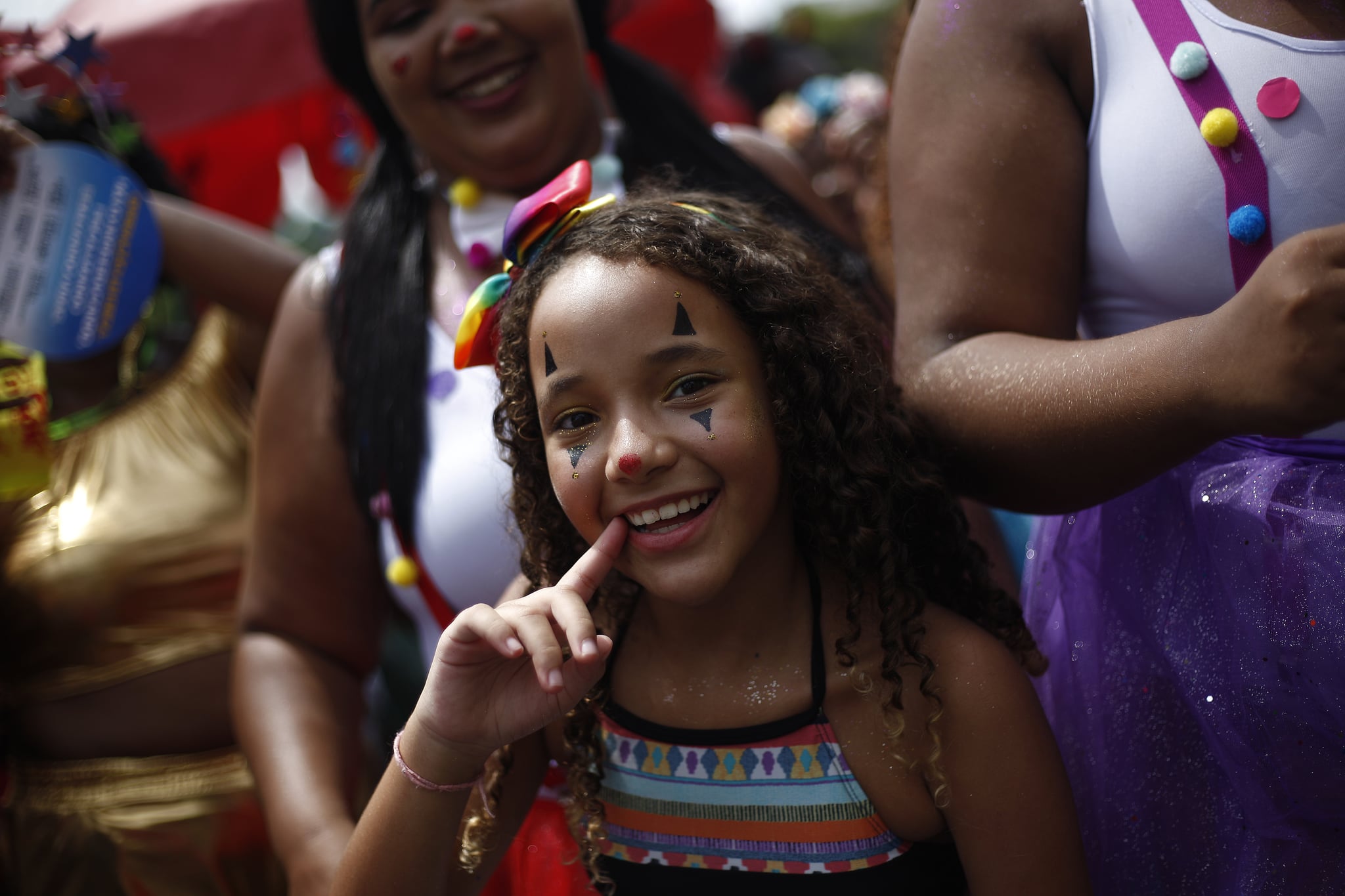 There has been a lot of criticism regarding many expressions occurring during Rio carnival, specifically the amount of skin and display of sexuality we see from dancers and samba performers. However, these images are not representative of the majority of the performances and it is typical for families to take their kids to the Sambdromo or other events. In addition to that, kids and teens have their own parade, where they also compete and make sure the tradition is safe for years to come.