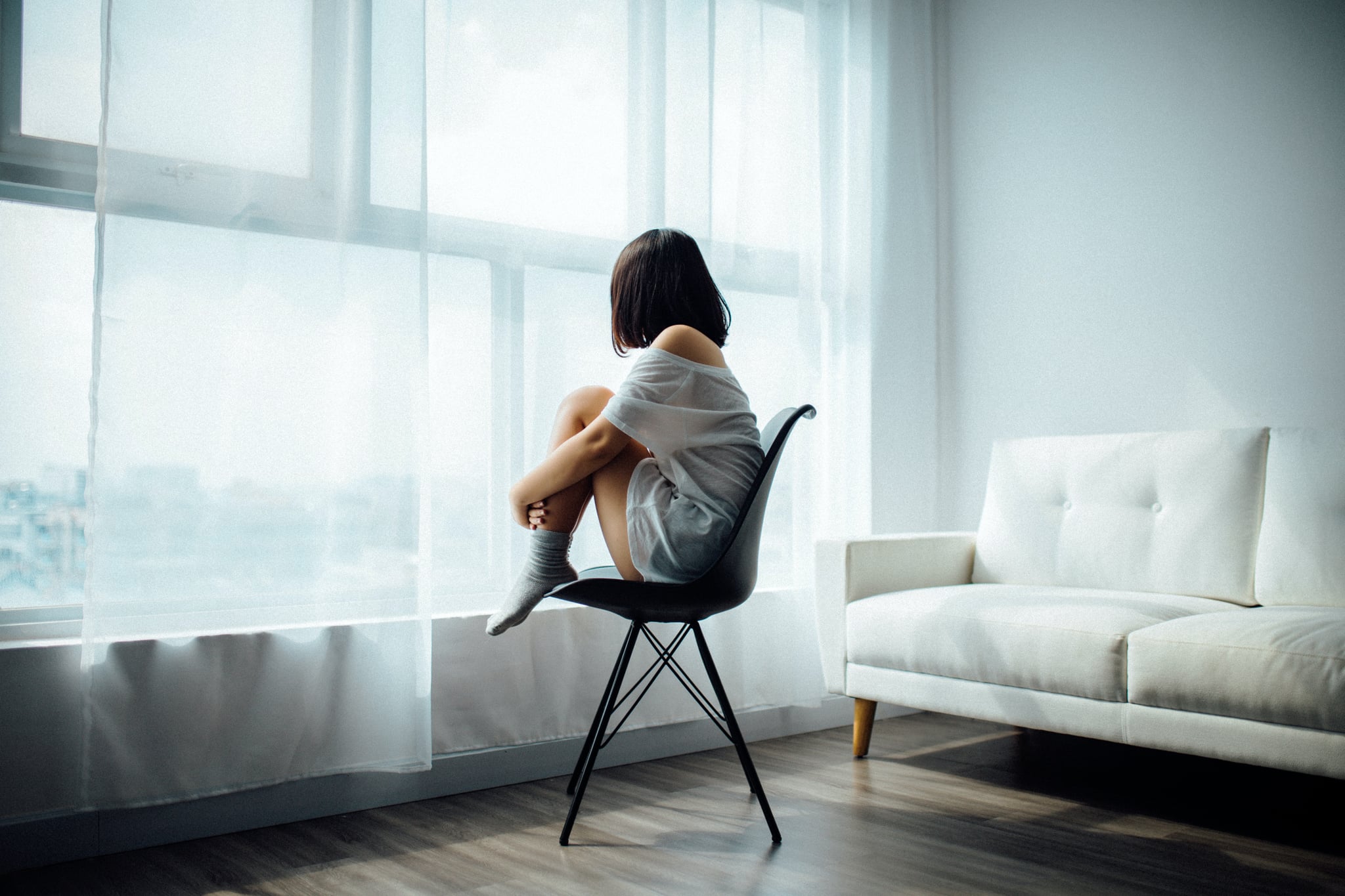 With October being Pregnancy and Infant Loss Awareness Month, we've been thinking a lot about the stigma of pregnancy loss and infertility within the Latinx community. Pregnancy loss is a taboo topic in all of society, but in Latinx culture in particular, it's an even more closed conversation. Many of us grow up being told not to ever talk about sex or even think about it, for that matter. So when it happens, it often feels like even more of a life-shattering shock.

"Our culture has some beautiful values surrounding the importance of family. However, with that value comes assumptions regarding the natural fertility of women and their journey into motherhood," licensed clinical psychologist, Dr. Christine Rivera tells PopSugar Latina. "There's an emphasis on taking care of your body and having faith that everything will work out. Life just doesn't pan out that way for everybody and this heavy assumption can leave a woman feeling as though something is wrong with her body if everything does not go perfectly," .

According to March of Dimes, about 10 to 15 percent of pregnancies are lost early on, meaning the fetus dies before 20 weeks gestation. And those numbers only speak to known pregnancies, it is presumed in the scientific community, that pregnancy loss rates are actually much higher. Yet, many women still fear talking about it. Many women blame themselves, when in fact, the vast majority of pregnancy losses, just happens and the cause can not be attributed to any one thing, nor can they be prevented.

"As a woman who experienced a [pregnancy loss] I remember feeling initial shame and having some embarrassment regarding losing my baby. One of the comments that I remember hearing from an older Latina woman was, 'Oh, you didn't take care of yourself?' I was grateful for a friend who spoke up for me and said, 'That's not how that works' very directly," recalls Dr. Rivera, and she's not alone.

Because of experiences like hers, many women continue to fear that we will be judged or criticized because of our pregnancy loss stories. People don't want to know, because it makes them feel uncomfortable, or even nervous for themselves. But as women, we need to know. We need to feel heard and seen, and we need to know that we are not alone. We shouldn't have to sacrifice our mental health because we might make someone else feel squirmy. As a society, we need to face that this is something that women are dealing with, so that women can finally get the support they need after pregnancy loss.

A little more than ten years ago, I myself had a very early loss. My husband and I had been trying to get pregnant for the first time for about two months, my period was a couple of days late, which is not at all the norm for me, so I took a test and it was positive. I took another test the next day, and the line on the pregnancy test was lighter instead of darker. The opacity of the positive line on the pregnancy test usually indicates the level of human chorionic growth hormone (HCG) that is present, which is the indicator of pregnancy. It should have gotten darker. Not long after, I began spotting. It looked different and felt different, and I knew in my heart that it was over. I went to my obstetrician for a blood test, and it confirmed what I already knew.

The insane thing is, I had been hired to bake for a wedding the very same week. But instead of taking time to process and grieve, I just kept going. I didn't know what else to do, so I did my best to act like nothing happened. I stood in my tiny kitchen and baked hundreds of cupcakes in tears, with the worst feeling in the pit of my stomach the entire time. Then I showed up and set up beautiful displays on a gorgeous farm, while all I could think about was how to keep acting normal in front of all of those people who had no idea that I'd just been through the worst thing in my life.

My story isn't unique either. Many, many women suffer in silence after a pregnancy loss. I didn't find out until after I told my mother and tías that I'd lost a baby, that a number of the women I grew up around had also lost pregnancies. No one tells us before it happens. "No sex until you're married, or else you'll get pregnant," is just drilled into us from the time we're little girls. And yeah, that can happen, but it can also be really hard to get and stay pregnant. In fact, roughly one in eight couples in America are affected by infertility.

"Experiencing a [pregnancy loss] is often devastating and can leave people with feelings of guilt and shame, or have them questioning whether there is something 'wrong' with them. These feelings can be amplified when Latinx culture encourages silence around the topic of [pregnancy] and infant loss," Latinx marriage and family counselor, Esmeralda Murga of Quetzal Counseling tells POPSUGAR Latina. "Many couples feel alone in their grief when the reality is that an estimated 1 in 4 pregnancies end in [pregnancy loss]. Breaking the silence around [pregnancy loss] can help others feel less alone and more willing to reach out for support."

And that's exactly the thing, as is the case in many areas of life, women need each other. We no longer live in villages and campos where there are built-in communities of women who help each other. We have to be intentional about supporting and nurturing each other and a big part of that comes with opening up the dialogue when it comes to sexual and reproductive health.

"Considering the expectations and pressure in our families, culture, and society to find a partner and have kids, it's only fair to also start having conversations about potential obstacles and risks to consider when thinking about our future family lives. The same way that infertility and [pregnancy losses] are individual, deeply intense, and personal, they are also universal experiences, and the more we speak about them, the more we will start becoming more empathetic, compassionate, understanding, sharing more access to appropriate resources and professional support, instead of being insensitive to these isolating and heartbreaking situations," author and life coach Laura Sgroi who shares insights from her experience with infertility at @fertilitywithlaura on Instagram, tells us.

"We could all benefit from normalized open conversations about infertility, [pregnancy loss], and the grief and loss feelings around them for both, Latin women and men. I did my own research based on my own experience, but I wish I had found somebody who sat with me and shared everything I could do instead of me looking desperately for answers on a constant and stressful trial and error. Thankfully today, we have Natti Natasha and Lilliana Vazquez talking about those topics," says Laura. "Please start asking your mother, your grandmother, the women in your family for their journey. Prepare physically and mentally for when you are ready to have kids, check yourself, look for help, and share your journey with your family and friends."