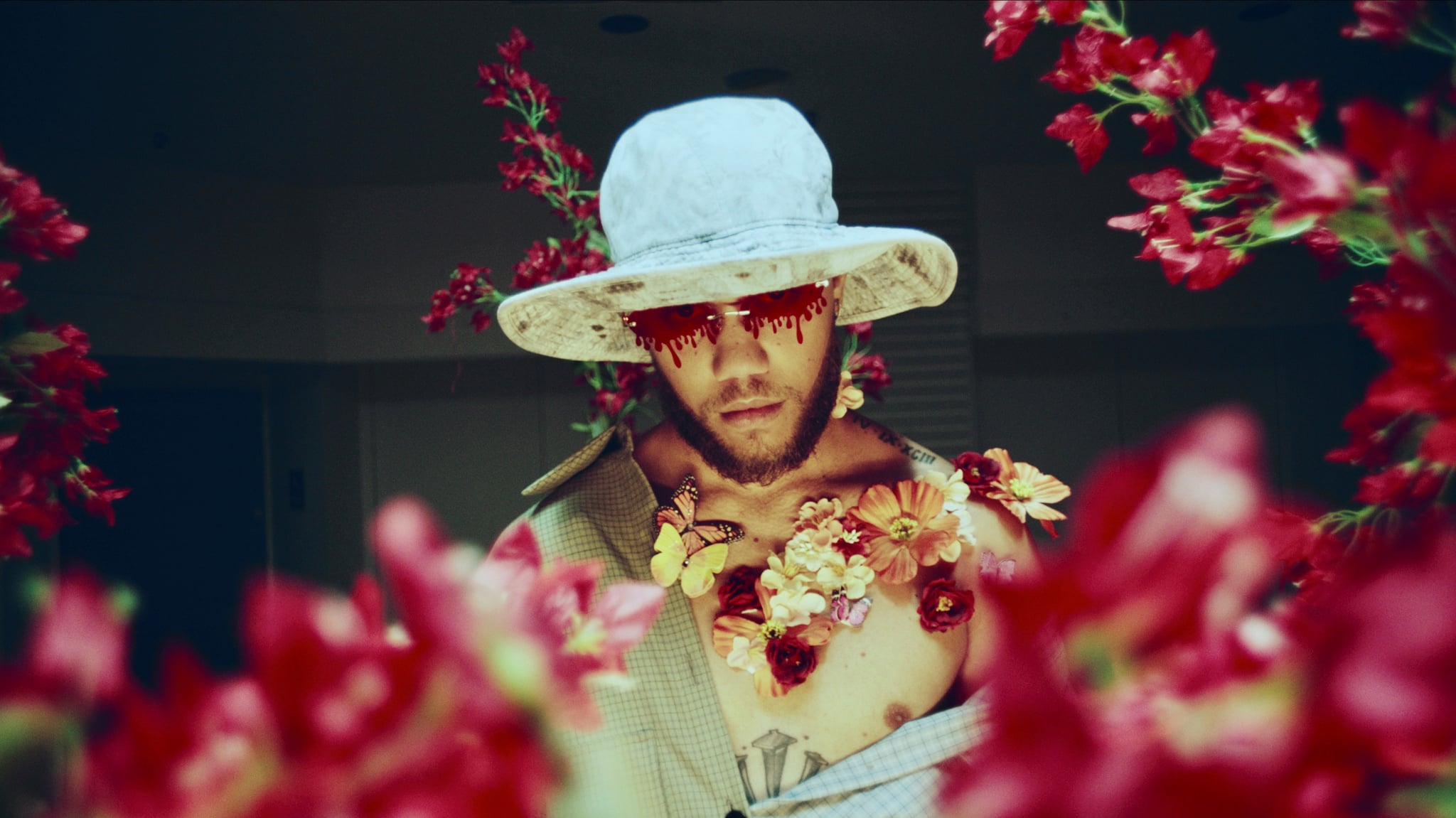 Last year, as Jhay Cortez was blowing up thanks to his hit "No Me Conoce (Remix)" featuring J Balvin and Bad Bunny, he revealed his plans for the future: "I want to release a new album, drop more videos, content, and evolve as an artist and as a person," he told POPSUGAR at the time.

He couldn't have known that a global pandemic in 2020 would bring the world to a full stop, postponing plans, and affecting how we go about our daily lives. Determined to find the bright spot, Jhay decided to "organize [his] creativity." "This break we had with quarantine gave me the time to think about what I really wanted to do with my next album, which is extremely important," Jhay recently told POPSUGAR.

"We're coming after an album like Famouz, which accomplished so many things and was so successful, so I had to give this one more than 100 percent of my focus," he added. And it's no wonder la presión is on, since his first album has received diamond and multi-platinum certifications around the world, as well as remained 57 weeks — and counting — in the top 10 of Billboard's Top Latin Albums. 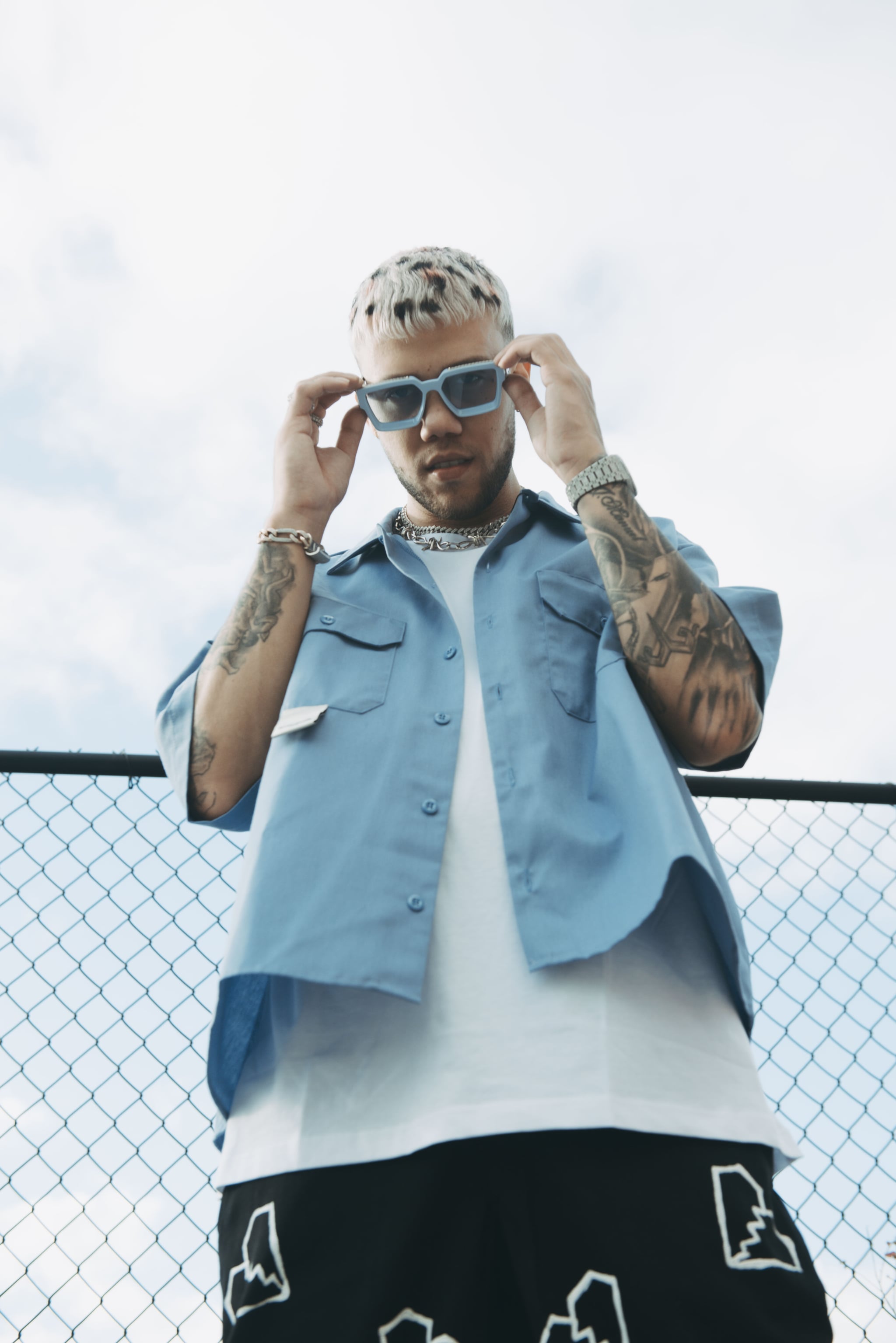 "Famouz is an album where Jhay Cortez back then was trying to be accepted, trying to get his music accepted," Jhay revealed. "Timelezz sees a more confident performer. You'll be able to see that this is truer to myself. People know that I'm a bit more mysterious, a little darker, but I couldn't come off like that from the beginning because people were not as familiar with my journey," he added.

Now, as he's finally coming into his own and evolving into a more consolidated artist, his new single, "Dime A Ve" — which has already gotten over six million views in less than a week since its release — is the first look we're getting at Jhay's growth. "I wanted to show more of my personality in the new album and the new songs," he said.

With "Dime A Ve," Jhay goes back to his reggaetón roots, and defines this song as "very Puerto Rican." "I wanted to give my island what my island loves, the music that rumbles in the cars, what you hear on the speakers," Jhay said. "This is what makes me proud. This is what I always dreamed of as a little kid, and this is what breaks with the commercial aesthetic because it's really giving the people what they want. That's 'Dime A Ve.'"

The music video, directed by Fernando Lugo, represents Jhay's maturity as an artist, contrasting his grounded reggaetón beats with his eccentric style in a perfect balance as unique and original as him. This is also the first of a series of music videos from the upcoming Timelezz that will tell a continuous story throughout. 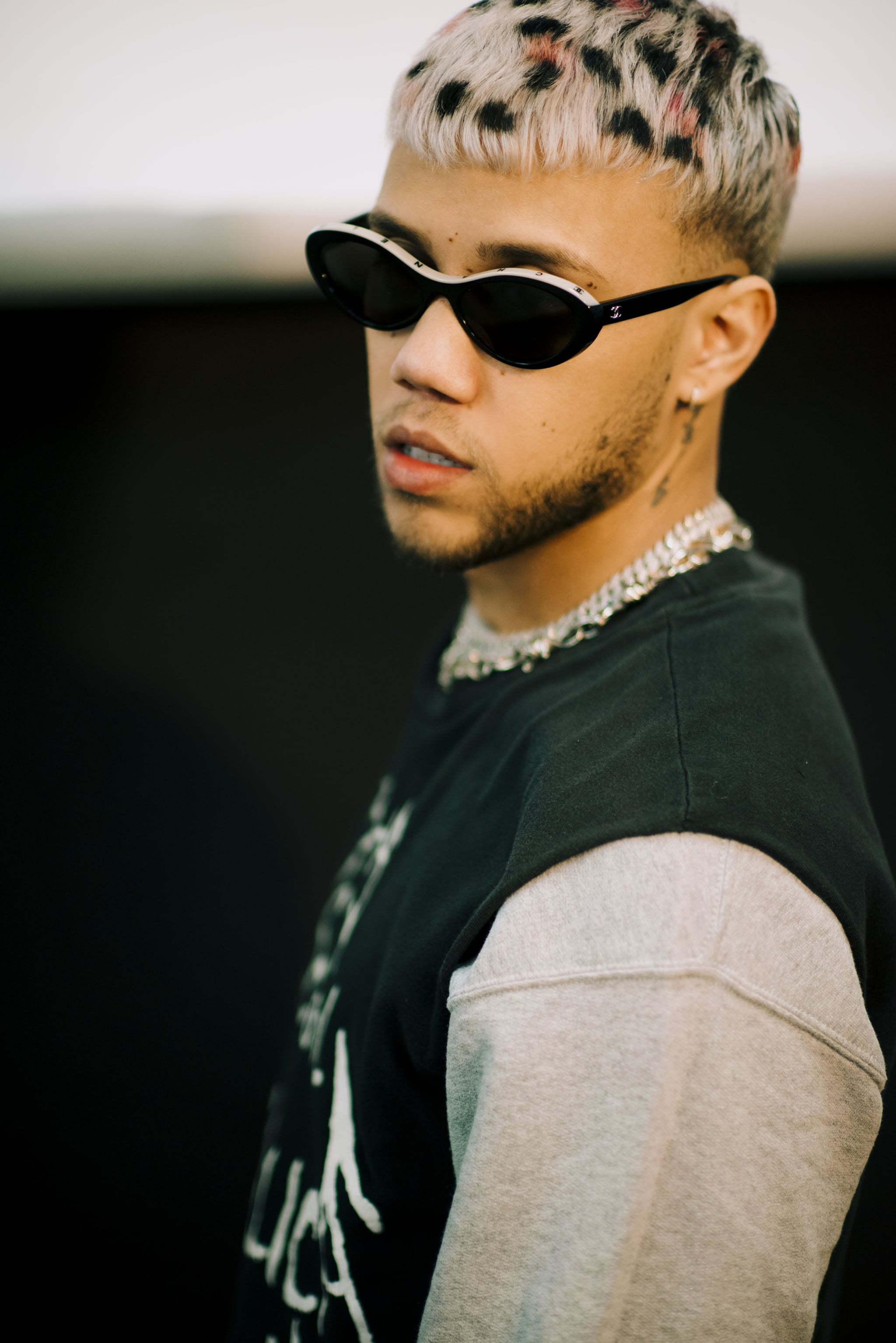 "Dime A Ve" is just the beginning of a new proposal that sees Jhay more connected, comfortable, and authentically him. "You'll see what you saw on Famouz times 10," Jhay says about his new album, adding that Timelezz — which will be released later this year — feels like Famouz's dad.

Although the first single to come off this anticipated production features only Jhay, we can expect to see many star-studded collaborations. "The only thing I'll say is to think about the artists with whom I never fail," Jhay said about these upcoming collabs, assuring that he's going to continue succeeding in this business, and going for another billion streams on YouTube.