"In this highly anticipated novel in the Immortals After Dark series, No. 1 New York Times bestselling author Kresley Cole spins a sultry tale of a mighty warrior scarred inside and out and the beguiling sorceress with the power to heal him — or vanquish him forever." 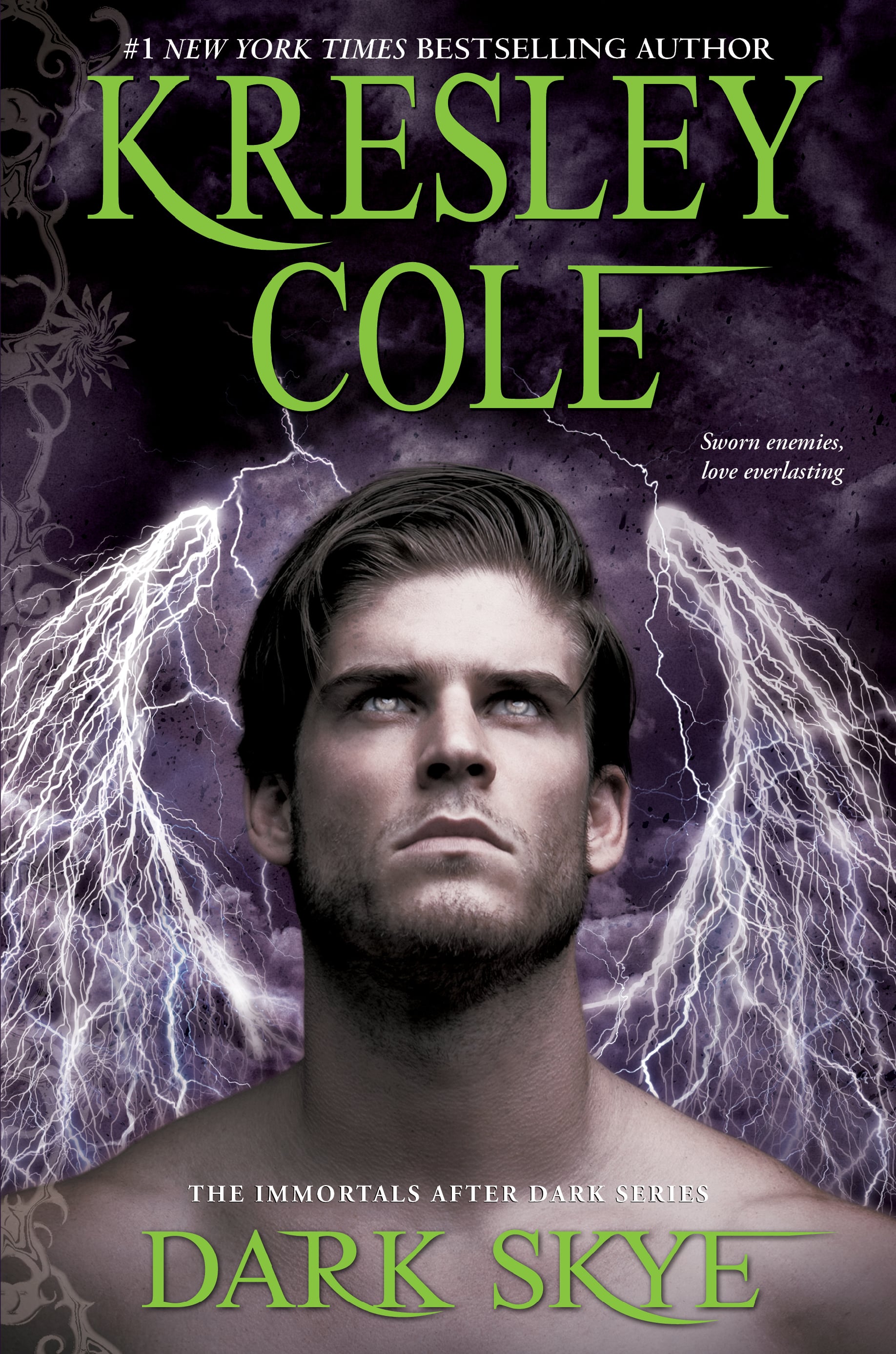 "Maybe I could teach you the basics of kissing?"

"You could brush your lips against mine a couple of times, to get used to the feeling. Then when you're ready you could slip your tongue in to find mine."

He raised his knee beside her, boxing her in, as if he subconsciously feared she'd escape him yet again. "And then?"

"You'd slowly and sensuously lick the tip of my tongue."

"Hopefully we'll drive each other crazy. When that happens you can take my mouth deeper. Just do what feels good for you, and it'll likely feel good for me."

With a nod, he leaned down to graze his lips over hers and back. Again. Hers were so plump, giving. When her breaths shallowed, he slanted his mouth to deepen the kiss.

As he slowly dipped between her sweet lips, she clung to his shoulders, gripping his muscles when the tip of his tongue found hers. The contact was electric! He groaned into her mouth, wondering if he would instantaneously spend.

Considering the pressure in his shaft, this seemed probable.

Though he'd wanted to get his first release out of the way, now he realized that would be squandering the experience.

Thronos would endeavor to last—

She began licking back, with light laps of her tongue that made his head swim. Still, he kept the pace slow, lazily teasing her, as if he had all the time in the world. He was rewarded with her seductive moan.

Against her lips, he rasped, "Need to get you ready."

Seeing his gorgeous physique in that towel had already primed her pump. But who was she to disappoint the Vrekener? "I told you: I look at your body and mine grows wet for it. Anything else will be a bonus." She spread her thighs for him.

He took the invitation, gently cupping her sex, pressing the heel of his hand against her sensitive clitoris.

With his other hand he started to rub her stiffened nipples, one, then the other.

Lightly pinching. Thumbing the very tip. Rolling each peak between his fingers . . .

When he dipped down to suckle her through the fabric, she gasped, threading her fingers in his damp hair. With each pull of his lips, she arched to him for more.

"Love suckling you. Could do it for hours."

She was moaning when he moved to her other nipple, his breaths hot against the sensitive tip. As he sucked, he eased his finger inside her, groaning to find her so aroused.

The electricity that always sparked between them grew like a lightning storm. His finger was just a tease, a precursor to the delight she'd almost experienced with Thronos before — when he'd started to wedge his huge shaft into her.

At the thought, she rocked to meet his thrusting finger, her ass rubbing over the hardness she'd soon enjoy.

He grated, "This will be over before it starts."

Healthy Living
My Libido Disappeared After Going on the Pill, but This Natural Remedy Seemed to Help
by Jada Welch 1 day ago