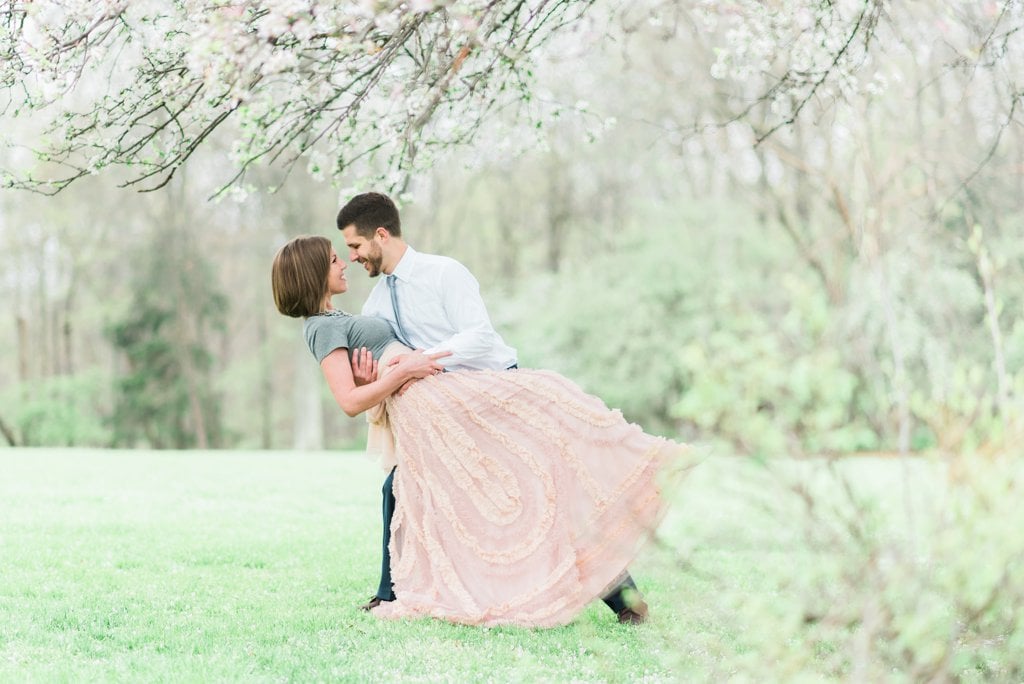 Something tells us that this couple was meant to find each other. "Adam and Deena had randomly crossed paths a few times over the course of four years, only realizing in hindsight," said Kathryn Hyslop, the photographer who captured their magical engagement shoot.

First, he was the guy who helped Deena's college roommate move out of their apartment. Then, they took a class together one semester but never exchanged words, only flirty glances. They even share that classic hallway story: boy and girl pass each other in an empty hall, boy looks back at girl but girl keeps walking. Deena later found out that Adam decided he'd ask her out if she looked back. She didn't, but they met again at a party a year later.

They were the last ones awake and talked all night until his 8 a.m. class the next morning. And it all really began from there. Deena and Adam continued to text each other, from "good mornings" to "good nights," and have been smitten ever since. After they graduated college, they found jobs and bought a house, and even started their little family with two rescue puppies.

When it was time for the proposal, Deena visited a winery with her sister, not knowing that Adam and both of their parents and siblings were already there. "With her back to the door, Adam popped over her shoulder, stood her up, and got down on one knee," Kathryn said. "They heard cheering and Deena turned around to see their whole family."

The couple's engagement shoot was inspired by Deena's love for Disney — specifically Beauty and the Beast — and Harry Potter. Hartwood Acres in Pittsburgh, PA, was the perfect location since it looked like a mini Hogwarts and Beast's castle. For their sign, Deena even tore pages out of her beloved Harry Potter book to separate theirs from the many she's made for others. "She comes from a family of artists and needed 'Deena' to shine thru in this one," Kathryn shared. "We wanted the sign to portray essence of everything she wants her art to be: subtly meaningful, simplistic yet bold."

Scroll ahead to see the fairy-tale-like photos ahead!