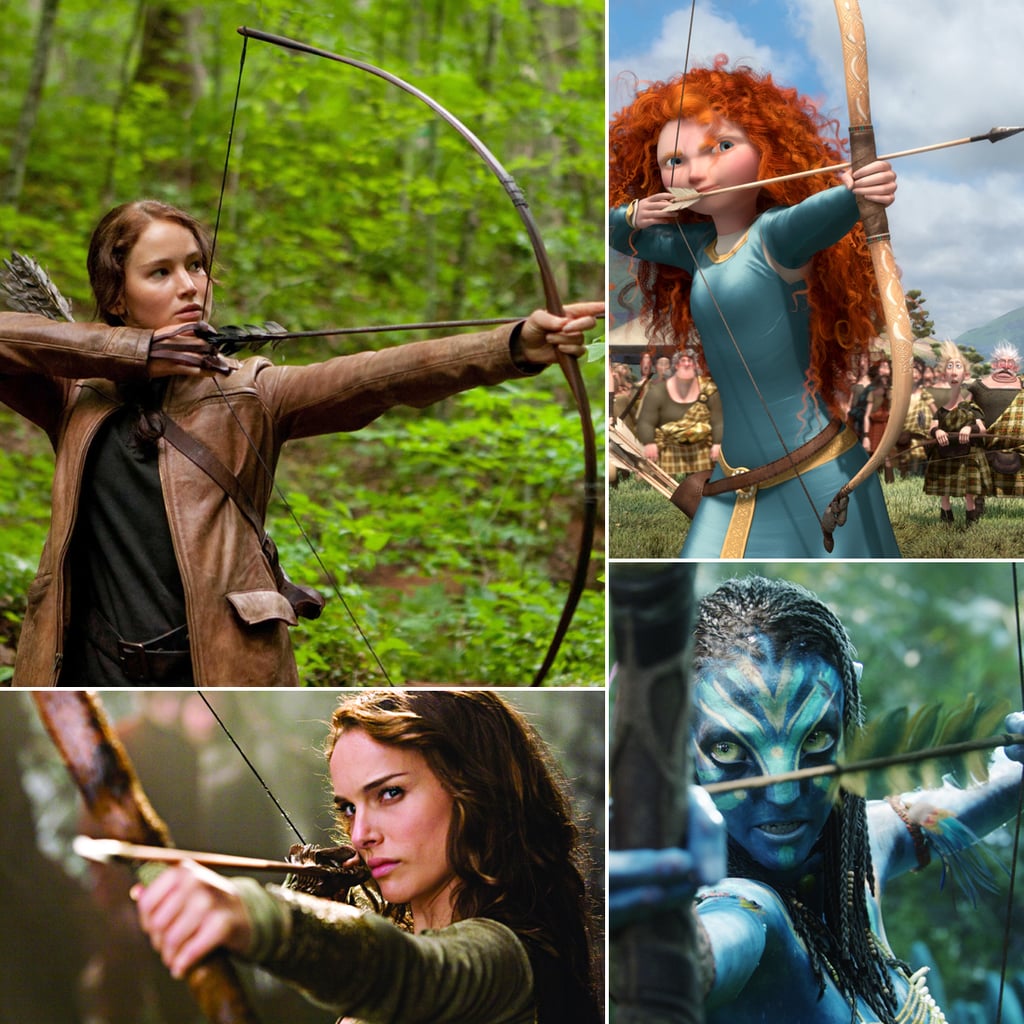 The Hunger Games: Mockingjay — Part 1 is out this Friday, and it's pretty clear that archery is having a moment. And with onscreen heroines like Katniss and Brave's Merida holding the bows, young girls are sure to be interested in the archery trend. Brave producer Katherine Sarafian told us she loves that girls are picking up the sport and she never would have taken an archery lesson if it weren't for the movie. "We took classes early on, and next thing you know, I'm like, this is awesome! It's a powerful feeling. And if you can imagine really just being out there the way Merida is in the movie, just shooting arrow after arrow . . . it's cool!"

Unlike some other male-dominated sports, archery has a long history of women behind the bow. Even the ancient Roman goddess of hunting Diana (and her Greek equivalent Artemis) is known for having her bow, arrows, and quiver on her and is usually portrayed with her hunting dogs and prey. And the all-female Amazon warriors of Greek mythology and classical antiquity were believed to be named for a-mazos, or "without breast," a tradition of having your left breast cut off to make it easier to use a bow — talk about hardcore! Nowadays, there are a plethora of famous competitive and Olympic female archers, and on screen we've seen a variety of fictional ladies take up the bow and arrow. Learn about Katniss, Merida, and more female archers hitting the mark in films over the years.