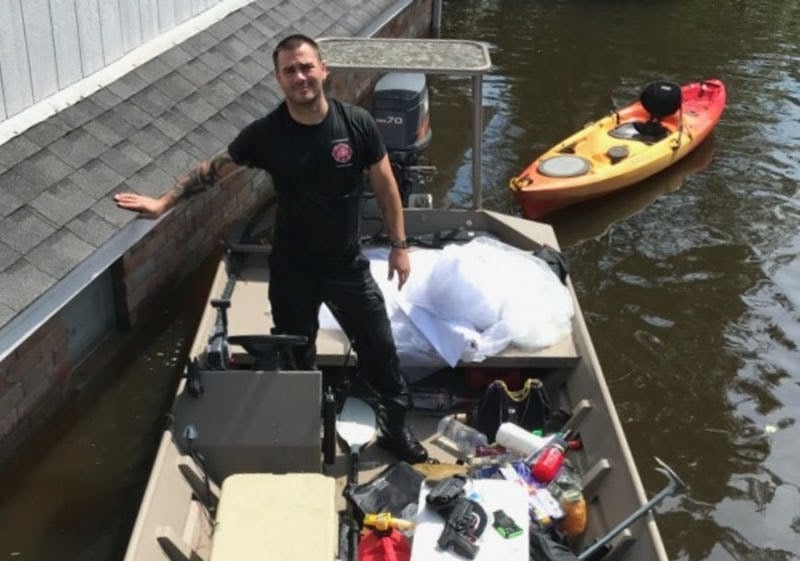 Firefighter Kyle Parry's Lumberton, TX, home is in shambles after Hurricane Harvey's devastating floods. He spent countless hours rescuing people throughout Texas from the rising waters knowing he was quickly losing all his belongings, including everything he and his fiancée, Stephanie Hoekstra, had purchased for their upcoming wedding. Among those belongings in Kyle's home was Stephanie's wedding dress.

Last week, Kyle did what he could to salvage the belongings in his house while the water kept rushing in, including saving his dogs and their puppies and putting Stephanie's wedding dress as high up on a shelf as he could get it, hoping to come back for it at some point. But Kyle's job as a firefighter came first, and he stayed rescuing people, hoping by the time he came back to his own house, his dirt bikes and Stephanie's dress would be OK.

On Thursday, Kyle returned home and told Stephanie, who was at her own home in Canada, that the water was up to his chest and he feared her dress might be ruined. But they were both surprised to find out that the dress was just barely out of reach of the water, and Kyle was able to bring it back to the Lumberton Central Fire Station completely undamaged and ready for Stephanie to wear it whenever they reschedule their wedding.

The couple may have suffered a complete loss in Kyle's home — aside from Stephanie's beloved dress — but the pair are focusing on their future and know that postponing their wedding is a minor detail compared to everything else happening in Texas. "We love each other so much," Stephanie said to CNN. "We'll get married another day. We'll be OK." 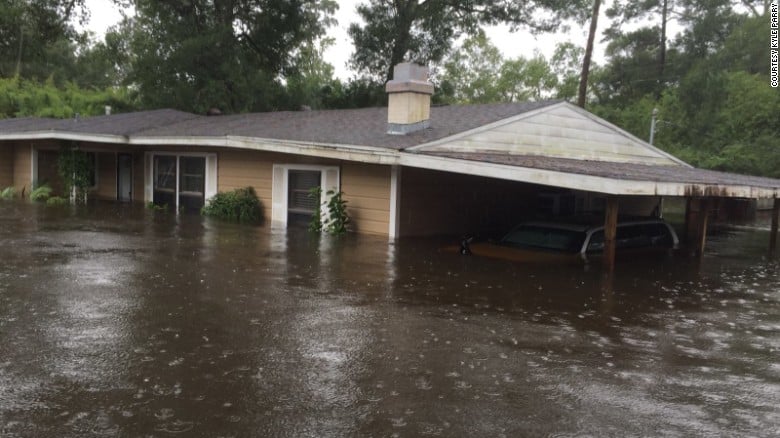