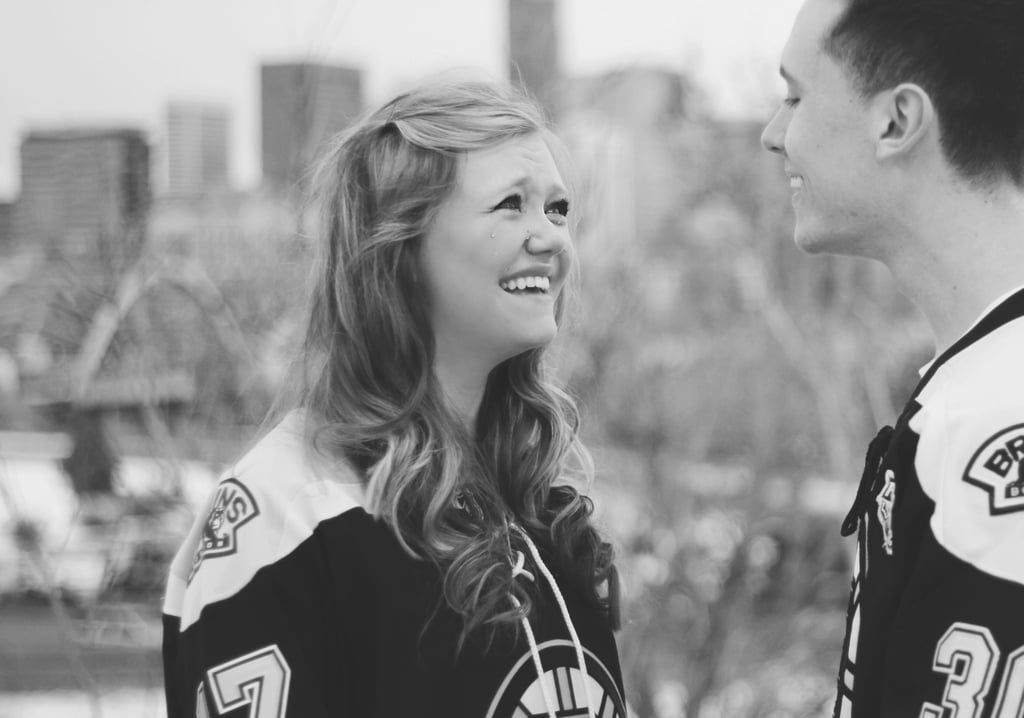 With the Stanley Cup playoffs and wedding season under way, this proposal between hockey fans hits the sweet spot. Jordan planned a surprise proposal and engagement shoot for his girlfriend, Jordyn, with photographer Callie Riesling capturing the whole tearful moment. Callie shares the story:

"I did Jordan's senior portraits a while back, and I was ecstatic when he contacted me several months ago to set up this surprise engagement session. He is in the Navy and was coming back for leave before his big move to Spain, where he was being stationed. He told Jordyn that he wanted to take some nice photos together before he left so that they would have something to cherish while they were apart. He asked me if I knew of a skyline spot in Denver where he could pop the big question. I had the perfect location. Jordan got down on one knee and asked her to be his wife, and the most adorable thing happened when he asked . . . she actually fell over! Luckily she had the handrail right there to catch herself with. But then she got right down on one knee with him and gave him a kiss and accepted with tears of joy running down her face."

See all the adorable photos below, including Jordan and Jordyn's reenactment of the V-J Day in Times Square kiss!