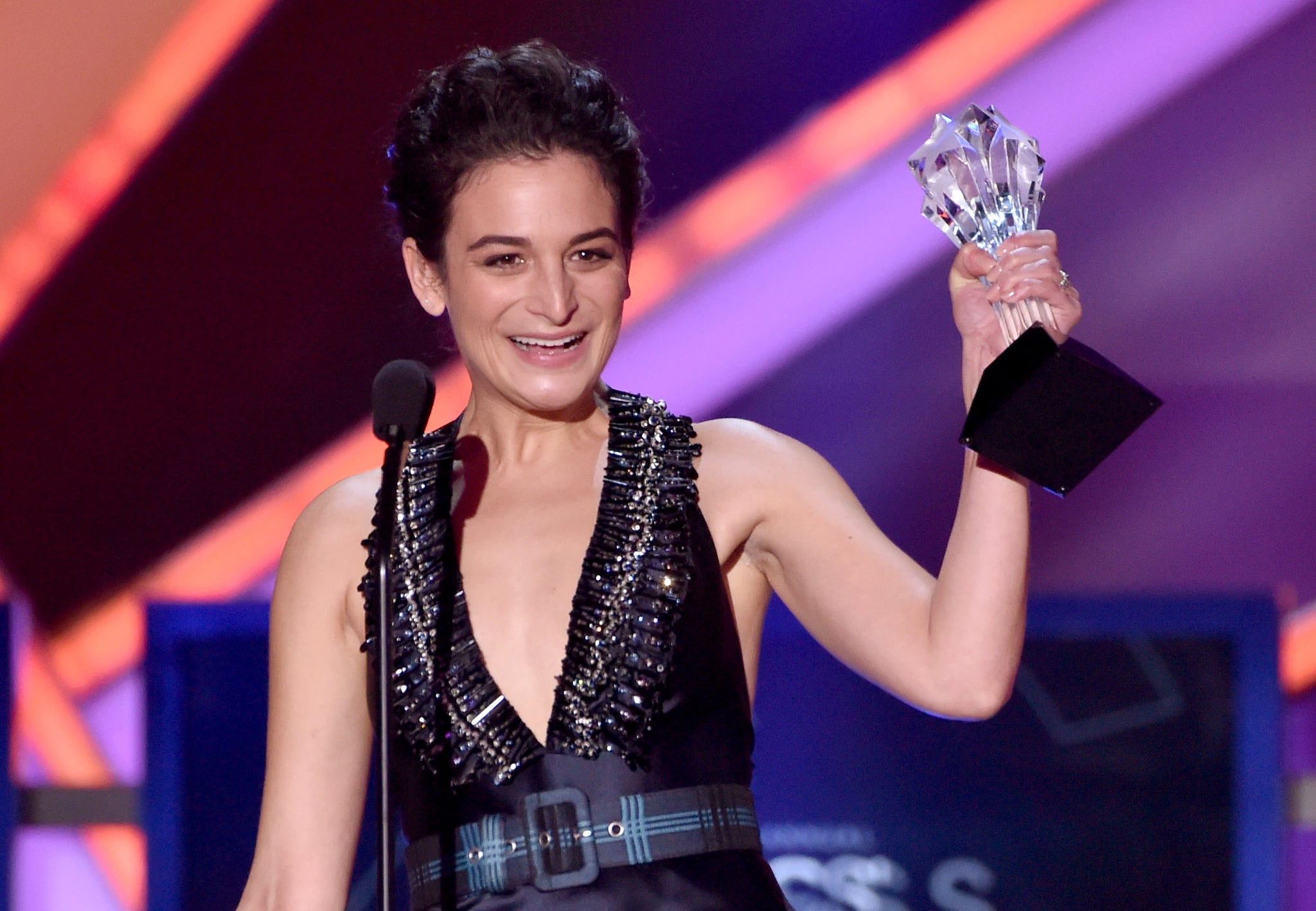 If you thought you couldn't love Jenny Slate more than you already did — think again. The star of Obvious Child accepted a Critics' Choice Award last night for best actress in a comedy, an honor that is pretty incredible considering the subject of the movie, which has since been labeled one of film's first "abortion rom-coms." Movies and TV shows have touched on the subject in a variety of ways, but Slate's portrayal of a woman who discovers she is pregnant after a one-night stand is touching, hilarious, and most of all — realistic. Clearly not one to shy away from sensitive subjects, Slate spoke again at the award show about the importance of a woman's choice.

"Thank you very much for having me here tonight and to the critics for shining a light on our film," she said. "I am so proud to be in a movie that is joyful and thoughtful and depicts a modern and authentic experience of unplanned pregnancy. I think it's beautiful." She then thanked Gillian Robespierre and Elisabeth Holm, "who wrote this movie and who assert that even while we're fighting for our rights, we can do so creatively," emphasizing the idea that "activism and creative expression can go together." Watch the video to see the full speech.

Oscars
Will the 2021 Oscars Be Canceled? It's Beginning to Look Like a Possibility
by Amanda Prahl 4/26