Nothing could be more enchanting than a Summer wedding — or two! — in Charleston's fabled Lowcountry. A centuries-old plantation, an avenue of ancient oaks dripping moss, a storied ballroom, a sand dune at sunset . . . but in A Lowcountry Wedding, Mary Alice Monroe's newest installment in her bestselling Lowcountry Summer series, wedding bells might not be as close to chiming as one might think . . . 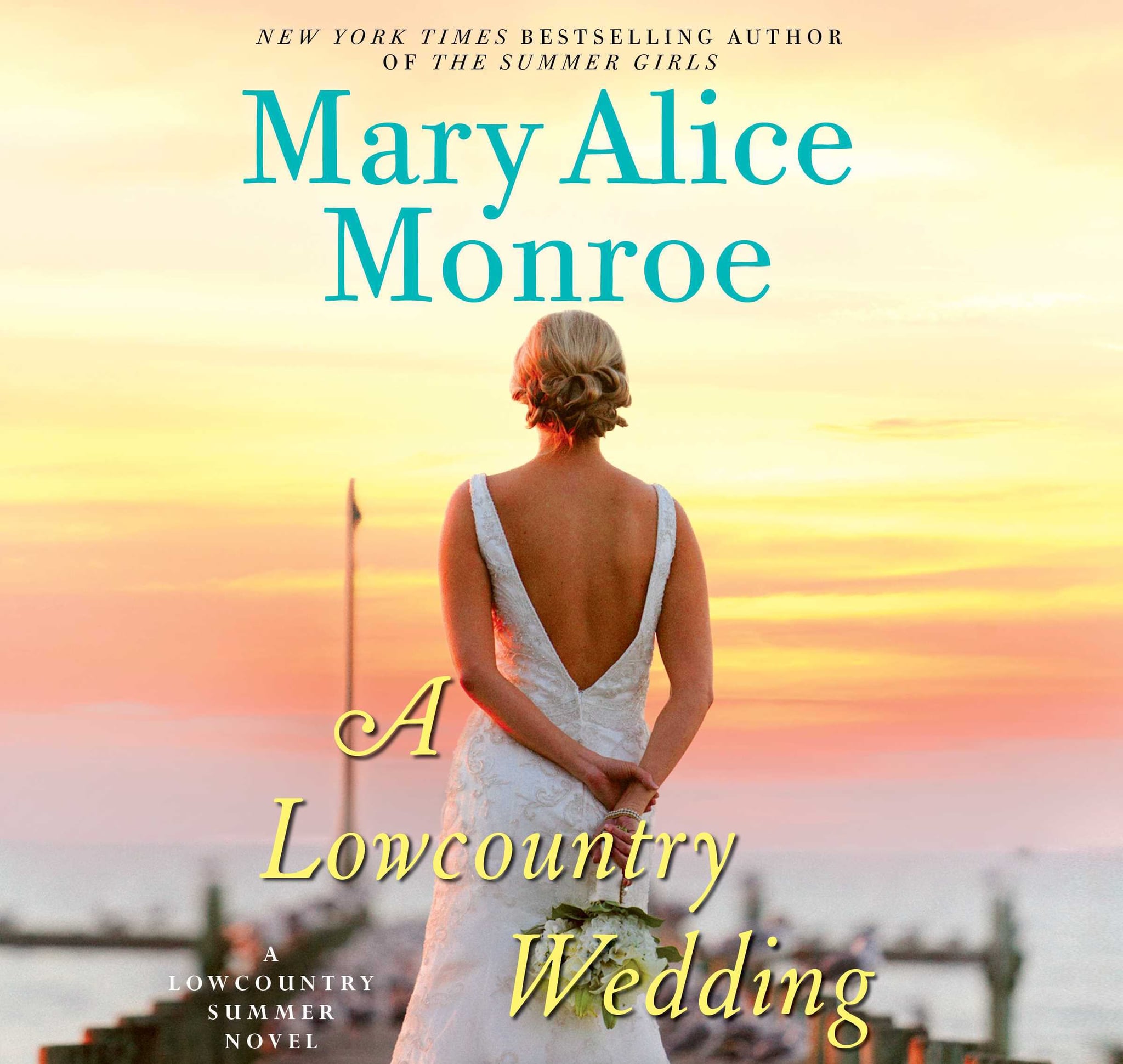 They held hands as they climbed the stairs to Blake's apartment, then paused at the door and smiled. They both knew what awaited them on the other side. Once the key entered the lock, Hobbs began his deep-throated huff of warning. They heard the dog's nails clicking on the hardwood, then the exploratory deep sniffs at the door.

"Are you ready for your welcome?" Blake asked, turning the key.

Carson smiled and nodded, bracing herself. When the door opened, the giant golden Labrador licked Blake's hand, then immediately went to sniff the new person — Carson's boots, her jeans, her extended hand. Then, with a high yelp of recognition, Hobbs began barking and whining with excitement, his tail waving back and forth. Carson couldn't have asked for a warmer homecoming. She bent low to scratch behind his ears and pet his fur.

After Blake settled his dog and they entered the small two bedroom apartment, a moment of tension came between them, the first since she'd seen him. The air around them felt charged with energy and want.

"I'll put the flowers in water," Blake said, taking the roses from her.

She brought them to her nose, inhaling their heady scent once more before relinquishing them to Blake. He was watching her, his pupils pulsing. He stood motionless for a second, then in a sweep tossed the roses to the nearby sofa and stepped forward to place his long hands on her cheeks and draw her lips to his.

He drank from her lips like a man parched. His tongue probed, separating her lips and plunging into the moisture he'd not tasted for months. She welcomed him, clasping herself tighter to him with a soft moan in her throat. It was always like this with them. A kiss was like spontaneous combustion. Neither of them could stop now, nor would they want to. Outside, lightning flashed, and seconds later, thunder rumbled close, loud. The lights flickered. Hobbs whined and curled up in his bed.

Blake pulled back from Carson's lips, let his hands slide down her arms to her hands, and said, "I've missed you."

He took her hand and, without another word spoken, led her to his room and to his bed. The cold front gusted at the windows, rattling the frames as rain sluiced through the air. But inside, the small apartment welcomed the lovers and protected them from the storm.

Check out more great content on XOXO After Dark:

BooksWeddingSexRomance Novels
Around The Web

Fashion News
Sneakerheads, Prepare to Be Captivated by Virgil Abloh's Design Process in His New Book
by Perri Konecky 10 hours ago

Netflix
Have You Noticed All the Jane Austen References in Bridgerton? Here's a List
by Katy Fabrie 3 days ago