This beautiful photo of a marine and his new bride praying has touched the hearts of so many people that it's going viral. Our friends at Bridal Guide have the adorable story behind this famous picture. 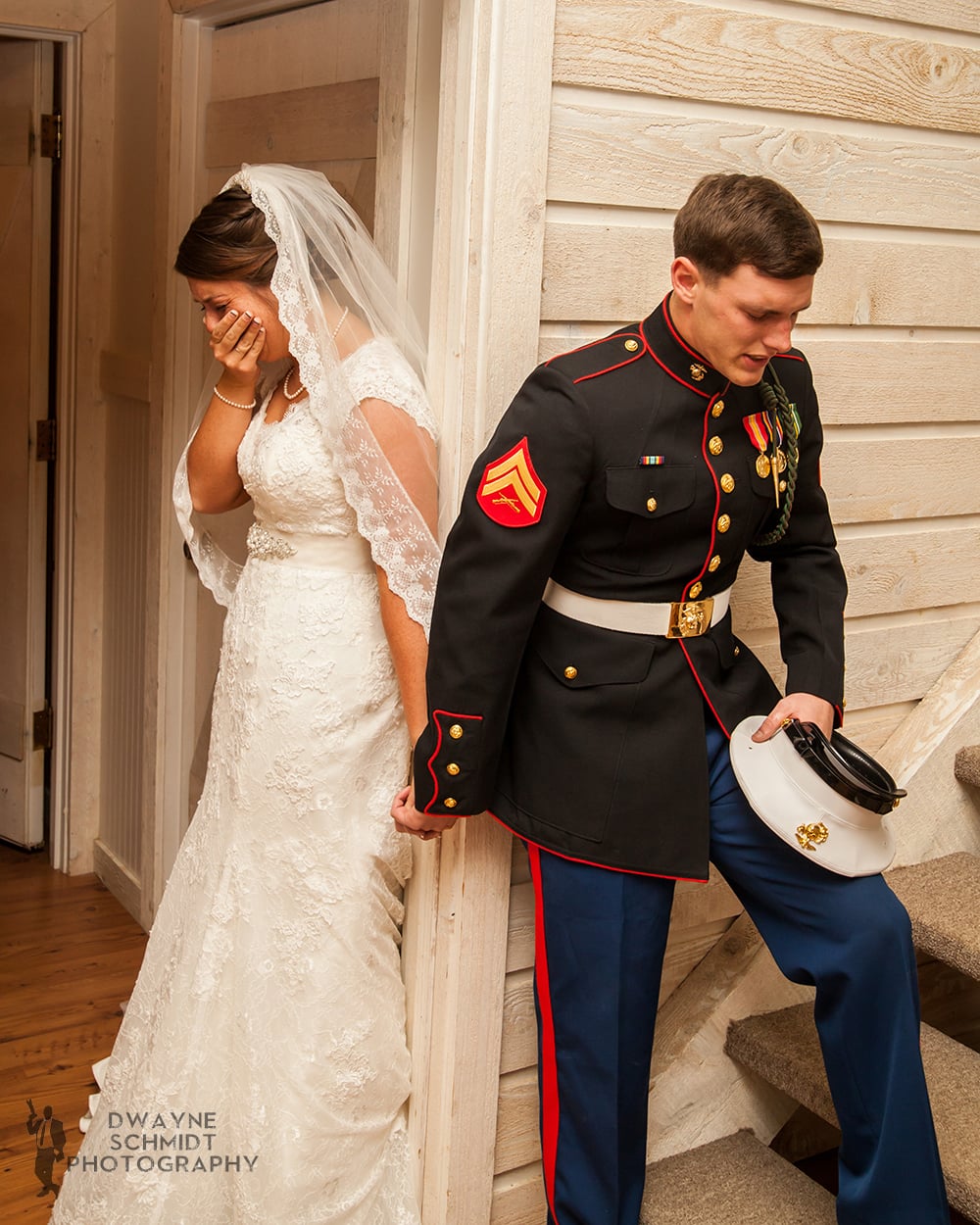 A moving photo of a Marine and his wife praying at their wedding went viral over Memorial Day Weekend, serving as a reminder of what the holiday is truly about: honoring the service men and women who sacrifice their lives for our freedom.

Corporal Caleb Earwood, 21, and his bride Maggie, 22, said "I do" on May 23rd in Asheville, North Carolina. Just moments before their ceremony, they took a few minutes to be alone in private, holding each other's hands as Caleb recited a special prayer for their new life together. Not wanting to break tradition, they stood in a doorway of their church, facing opposite directions so they wouldn't see one another. "As soon as their hands touched he started getting emotional," their photographer, Dwayne Schmidt, tells ABC News. "I tried not to cry and focus on what I was doing."

To the couple's shock and amazement, their snapshot captured the hearts of thousands after Schmidt posted it to his Facebook page. The photo currently has over 51,000 "likes" (and counting) and they've received an outpouring of support from veterans who have thanked them for sharing their story. "We're thankful that our picture is able to bless so many people and touch that many hearts," the groom reveals to TODAY.com.

The Earwoods became friends in high school and dated for two years before tying the knot. They're currently honeymooning at Dollywood (Dolly Parton's theme park), in Tennessee, and they plan to live in Jacksonville while Caleb is stationed at Camp Lejeune.

Wedding
After Their Big Wedding Was Canceled Due to COVID-19, This Couple Celebrated Their Love Sweetly and Safely
by Zara Patel 5 days ago