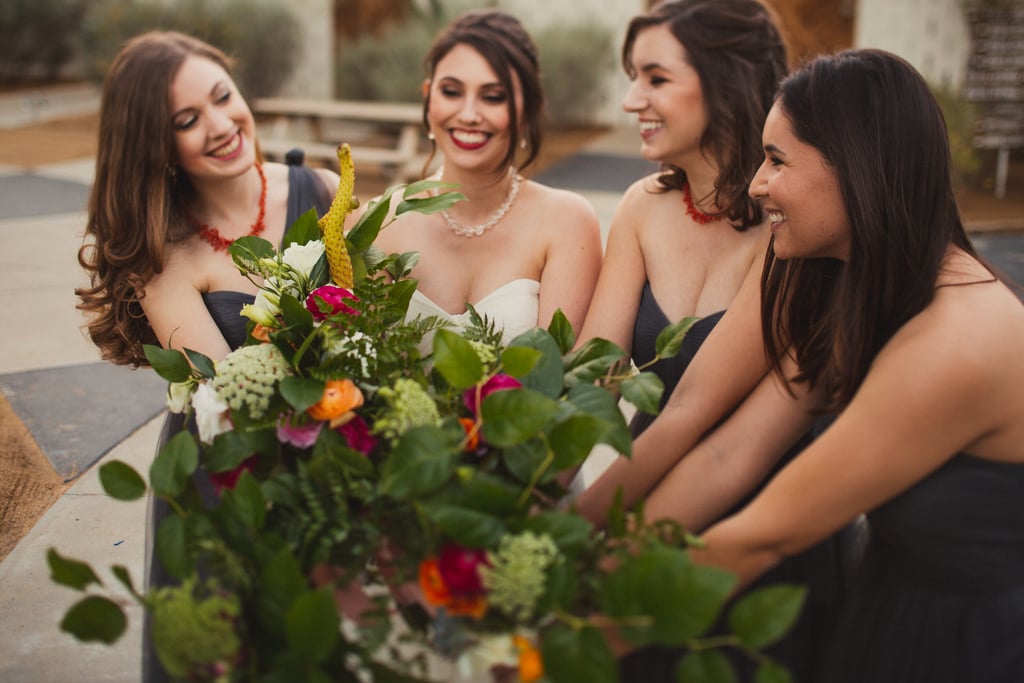 Getting asked to be a bridesmaid for the first time is a memorable moment that a person remembers for the rest of their lives. Part of this memory is filled with fun moments where they get to celebrate with the bride as she embarks on an adventure with the soon-to-be partner for life. But the other part of the memory can be filled with moments of stress, chaos, and even eye rolls over some of the tasks that bridesmaids have to do.

The key to making it down the aisle with a smile and a strong love for being a bridesmaid is to avoid these 15 mistakes that all rookie bridesmaids tend to make.

Make a budget, right now. It's not too late, though this is the first thing you should do when you say yes to being a bridesmaid. Know that being a bridesmaid can cost you a lot of dough, so plan out wisely how much you're willing to spend and stick to it.

2. Say Yes to the Dress and Everything Else

You'll be told by both the bride and the maid of honor a lot of things you need to do and places you need to be. Remember, you can absolutely say no. If something is too expensive, makes you feel uncomfortable, or doesn't sit right with you and your gut, you can totally say no.

3. Forgetting to Speak Up

Being an agreeable bridesmaid is better than being an arguing bridesmaid, but when something bothers you, tell the bride or maid of honor what's wrong. Holding it in will make you resent the bride and the whole wedding and, in the end, ruin your whole experience.

4. Not Fully Understanding What Comes With the Job Title

Before saying yes to being a bridesmaid, ask the bride what kind of expectations she has for the bridal party. Some brides don't want their bridesmaids to do too much and some brides will have a lot of requirements for them.

5. Assuming You'll Get a Plus-One

You may think just because you're a bridesmaid you'll score a plus-one date to the wedding. But before you ask the guy you're dating to come along, make sure the bride is giving you a plus-one. It doesn't always happen!

6. Not Responding to Email Chains

If you start to see 15 emails from the bridesmaids and maid of honor flying into your inbox on a random Tuesday, don't tell yourself you'll get to them later. Instead, carve out time weekly to respond and give your input. Being a silent bridesmaid is often hard on the rest of the group.

7. Going All Out For the Bachelorette Party

The preparty for the wedding, the one that often takes place in a city infamously known for its parties or beaches, can take a chunk out of your wallet. Say no to the weekend party if you can't afford to go, and instead take the bride out for a local night on the town.

8. Buying the Bridesmaid Dress New Instead of Used

Most of the time, the bride will pick out a specific dress that you'll have to go to the store and buy. That dress will be new and cost more money than you're comfortable spending on a dress you'll only ever wear for eight hours. So instead of buying a new bridesmaid dress, try to find the dress online used or borrow it.

You may feel that because you're a bridesmaid, you don't need to bring a gift to the bridal shower or the wedding. But don't come empty-handed. Bring a card and a DIY gift or something small that you can afford.

10. Forgetting to Bring a Survival Kit

Showing up on the day of the wedding without a bridesmaid survival kit may have you spending the majority of the morning running around the hotel or driving to CVS to find Band-Aids or Advil.

Your feet will start to burn in the middle of the ceremony if you pick uncomfortable heels. So bring a pair of flip-flops or flats to change into after the ceremony is over.

12. Going MIA on the Wedding Day

Eat, eat, eat. The morning and afternoon of the wedding can be filled with a lot of activities and you may forget to eat. Be sure to snack throughout the day or else you'll get woozy during the ceremony.

As a bridesmaid, you'll be asked to do things that make you roll your eyes a bit, but transforming into a bridesmaidzilla and causing drama before the wedding is not worth the emotional energy.

15. Forgetting to Have a Good Time

Being a bridesmaid should be fun. It should be about celebrating beside someone very close to you and making sure the biggest and best day of their life is filled with moments that are stress-free.

Wedding
This Couple Hiked a Mountain at Dawn For Their Elopement, and the Pictures Are Breathtaking
by Haley Lyndes 18 hours ago