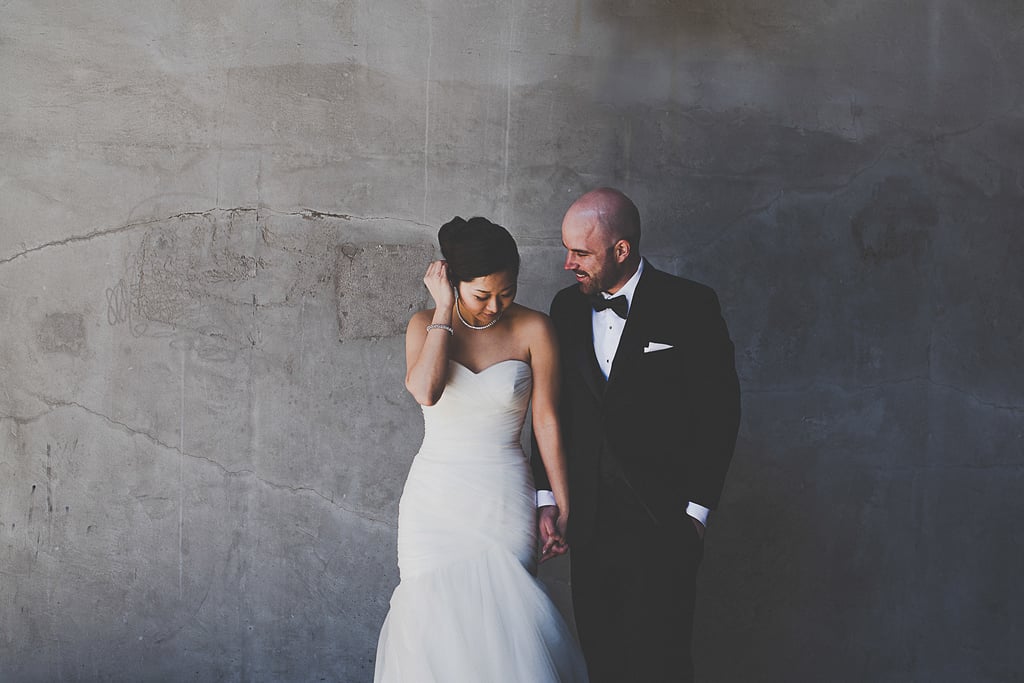 HyunJung and Adam's understated Ottawa wedding is beautiful in its simplicity. Pops of red and a stark urban backdrop make for gorgeous photos. Photographer Kimberly Dozois shares their love story and a bit about the big day:

"HyunJung and Adam met when Adam was teaching English overseas in Korea. After falling in love in Korea, HyunJung decided to move across the world and return to Adam's home with him. They were married in Adam's hometown, Ottawa, surrounded by their closest family and friends including HyunJung's parents and two best friends who traveled all the way from Korea. Their wedding followed many mainstream American traditions but was infused with HyunJung's Korean culture. They included both an American and Korean ceremony, which took place back-to-back at the Westin Hotel."