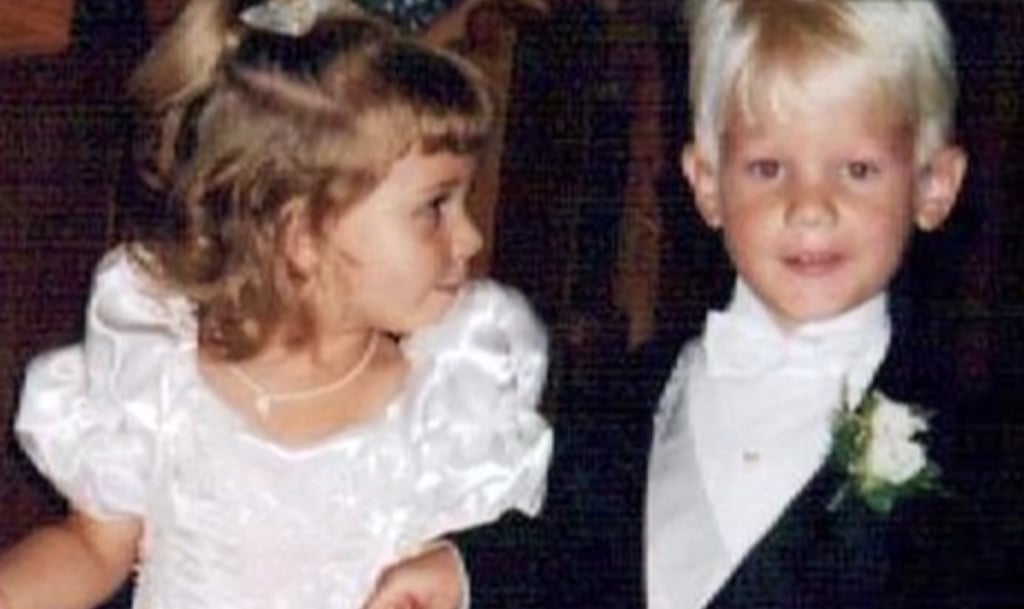 Newlyweds Brittney and Briggs Fussy have come a long way since their flower girl and ring bearing days. The two met nearly 20 years ago when they both donned formalwear in order to play their part as "adorable waddling children" in a wedding that both can't really remember at all. The couple took their first walk down the aisle when they were just 3 years old, in a ceremony for Briggs Fussy's godmother. Brittney's mom was friends with the bride, and the inherent cuteness of two toddlers meant that the two were sent down the aisle as kids — never knowing that this walk would prove to be oddly prophetic.

The couple lost touch throughout their childhoods but reunited in ninth grade at a high school in Minnesota. "She turned around one day in class and said 'I think I have a picture of you on my wall at home,'" Briggs told Fox 9 news. They started dating in their junior year and continued to date long distance when they went off to separate colleges. Briggs returned to Minnesota to be with Brittney, telling CNN that "I knew I was going to marry her." The rest, as they say, is history. And in case your romantic imaginations have begun to run wild, there's no chance of a fairy-tale romance like Brittney and Briggs's between the flower girl and ring bearer at their own wedding — the two are cousins!

Healthy Living
When I Finally Have a Wedding After COVID-19, I'm Not Going to Care How Much I Weigh
by Dyana Goldman 2 days ago

Wedding
After Their Big Wedding Was Canceled Due to COVID-19, This Couple Celebrated Their Love Sweetly and Safely
by Zara Patel 3 days ago