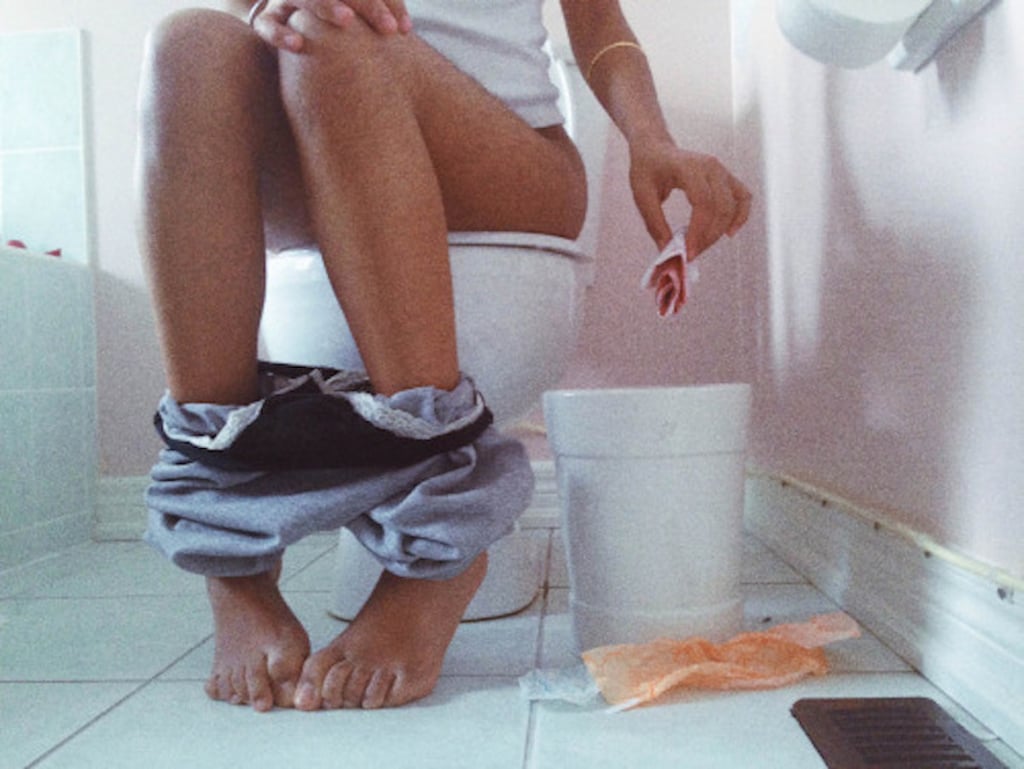 It's amazing how one single photo can spark a global conversation. Rupi Kaur, a Sikh poet who studies at the University of Waterloo, Canada, posted a photo of herself on Instagram. The image shows her lying in bed with a blood stain between her legs and on her sheets. It's a depiction of a woman's period stain — the photo is a part of Kaur's series titled Period. Kaur explained her series on her site, stating:

"i bleed each month to help make humankind a possibility. my womb is home to the divine. a source of life for our species. whether i choose to create or not. but very few times it is seen that way .. in older civilizations this blood was considered holy. in some it still is. but a majority of people. societies. and communities shun this natural process. some are more comfortable with the pornification of women. the sexualization of women. the violence and degradation of women than this. they cannot be bothered to express their disgust about all that. but will be angered and bothered by this. we menstruate and they see it as dirty. attention seeking. sick. a burden. as if this process is less natural than breathing. as if it is not a bridge between this universe and the last. as if this process is not love. labour. life. selfless and strikingly beautiful."

When Kaur took to Instagram to post the photo, shown below, the social media app claimed that it violated its community guidelines, so it took it down after two attempts of posting it. Kaur did not back down and posted it for a third time with her message to Instagram:

After Kaur garnered a huge following of supporters, Instagram allowed the photo to go back up. Let us know what you think about the picture in the poll below.

Rita Moreno
Rita Moreno Reflects on Her Botched Abortion in Wake of Roe v. Wade Being Overturned
by Sabienna Bowman 2 days ago