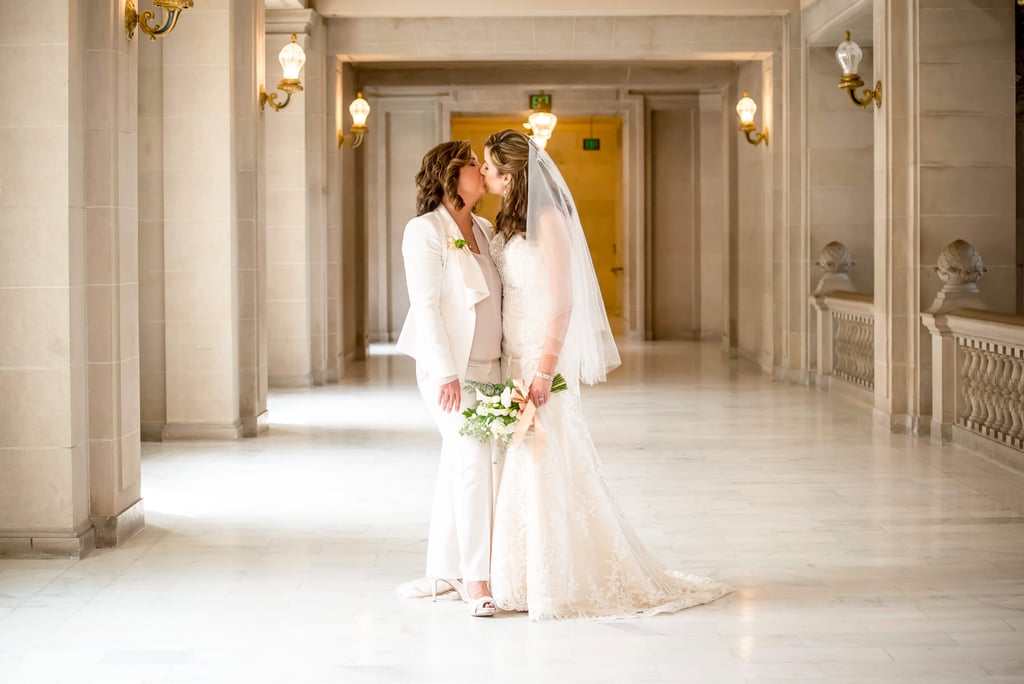 Brandi and Janeth made their love official with an intimate wedding ceremony at San Francisco City Hall. Their special day included only three loved ones as witnesses and none of the frills or distractions to take away from the most important part of it all: the couple.

Eight years ago, Brandi put up a profile on a dating site looking for someone who shared the same interests, such as hiking and eating exotic foods. She was looking for more of a friendship than a relationship at the time and ended up deleting her alerts as they came when she discovered online dating wasn't really her thing. However, when she came across a message from Janeth, who emailed her three months earlier, she had to stop and look at her profile because she was so beautiful. They began to fall for each other through their messages and late-night phone calls, and when they finally decided to meet four months later, they knew it was right.

"The day finally came when we met, and when she walked in, I fell completely head over heels for her — she was more beautiful in person than I could have ever expected," Brandi told their photographer. "After the first date, she captured my heart and the fairy tale began."