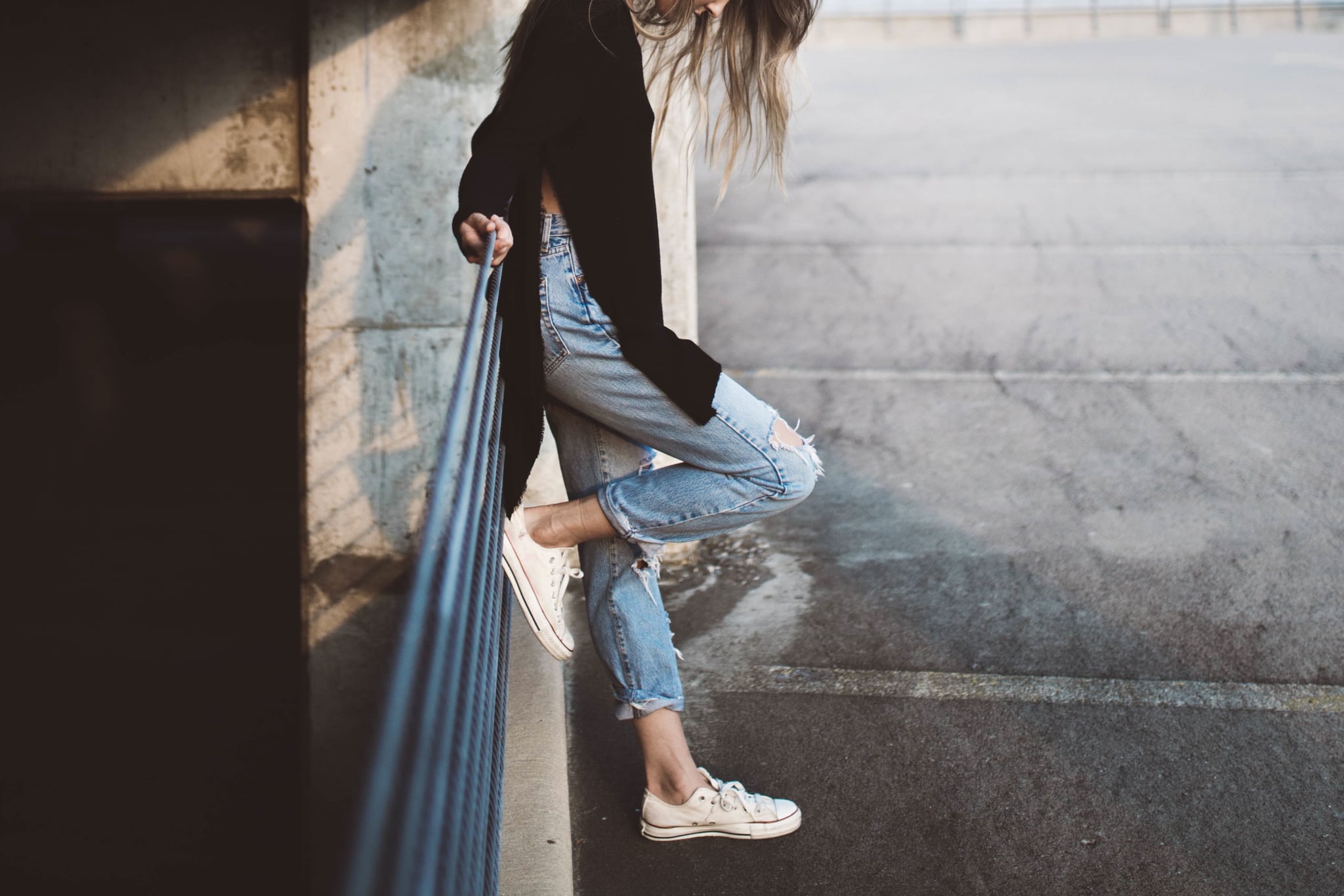 Reading and writing all about Harvey Weinstein has brought back memories I thought were long gone. It's not just in Hollywood that harassment happens. It's not just in the workplace that men are abusing their powers. It's everywhere. Harassment takes a lot of different forms, and it unfortunately doesn't just come from adult men. It often begins when they're boys, and that needs to change.

At the age of 12, my mom, brother, and I moved across the country after my parents' messy divorce. At the time, all I could think about was that all my friends would be going to secondary school together, while I had to make new friends in a brand new place. I was taller than most people my age, had really thick, blonde highlights, and was trying to play it cool when all I wanted was to fit in. Boys were already on my mind, and on top of feeling the pressure to quickly find a group of friends, there was also this sort of expectation that we all had to get boyfriends. "So, who do you like?" was one of the first things I was asked.

A few weeks after the term had started, a boy became interested in me. He started sending me notes during classes, asking me to be his girlfriend. "Circle yes or no," the notes would say. Although I wasn't interested, I was flattered, at first. It was the first time a boy had chosen me over my friends, and it was nice to feel wanted. After circling "no" the first time, I thought that would be it. I thought he would just move on to the next girl he liked. I was wrong.

Related:
The Infuriating Reason This Single Woman Is Wearing a Fake Engagement Ring

No matter how many times I circled "no," the notes just kept on coming. Then, they turned into elaborate hand-drawn cartoons showing the two of us kissing. Then, they became long letters that detailed his feelings for me, telling me how unfair I was being towards him and how I would end up loving him back if only I gave him a chance. He tried to get close to me by following me around at lunchtime and by sitting close to me during classes.

Then he started touching me inappropriately. The first time, I didn't think much of it — after all, I, too, had inadvertently touched somebody's backside before. The second time, I asked him to please be careful and to not touch me again. He shrugged it off, laughed, and left.

It took more than 10 years for me to realize that what he did to me wasn't just "boys being boys."

As the notes and letters kept on coming, touching my butt became a game. "Looks like he really likes you," said my friends. Although I wasn't sure how to react at first, I quickly got angry. I had told him no time and time again, and he should have stopped the first time around. The day I finally got the courage to confront him, he seemed rather apologetic and swore he would never do it again. Unfortunately, that promise didn't last very long.

When it started again, I went to a teacher that I trusted. The boy was told off, but was praised for his athletic prowess two minutes later. It didn't seem to register that what he was doing to me was wrong. I decided to go and talk to the principal, although my harasser told me "that was a mean thing to do that would cost me my reputation with boys." After I explained my problem, the boy was called into the principal's office. He was ordered to write a letter of apology, to promise that he wouldn't do it again, and we were quickly sent back outside. The principal had "other pressing meetings to attend to."

A letter of apology and a vague promise, that's all I got. He wasn't suspended, and his parents weren't called.

The touching finally stopped. The letters also did, for a while. The following year, I started receiving new ones, where he was begging me to be his girlfriend. I told him no once and just ignored him afterwards.

It took a year and a half, countless nos, a confrontation in the school playground, being told off by a teacher, and being called into the principal's office for this guy to finally stop treating me as if I belonged to him. It should have stopped when I first told him that I did not want to be his girlfriend.

Related:
All the Times I've Been Sexually Harassed While Traveling

Because of the way we act and think as a society, it took more than 10 years for me to realize that what he did to me wasn't just "boys being boys." It was harassment. Both sexual and mental. It made me feel bad about myself, it made me feel as though what I wanted (or didn't want) wasn't important enough for guys and adults to seriously take into account, and it made me feel as if, somehow, it was my fault. After all, he liked me, so I was surely doing something to lead him on?

I thank my lucky stars every single day that nothing else ever happened to me. As a 12-year-old, this situation was harrowing, and I can still vividly remember this feeling of powerlessness. I can't even begin to imagine what it must have been like for girls and women to be sexually harassed by an older man who was holding their careers in his hands. If nothing else, I like to think that this part of my life shaped the woman that I am today. It made me realize that no means no and that, unfortunately, women still have to fight if they want their rights to be recognized and their voices to be heard. It also made me aware at quite a young age that we can't let people make us think that it is our fault, that if only we dressed or acted another way, nothing would have happened. Because one has nothing to do with the other.

My story certainly isn't as horrifying as others, and it certainly won't change the problem. But harassment is harassment, no matter what shape it takes; the more of us that speak up, the better. By sharing what happened to me all those years ago, I simply hope that it will help prove that this issue isn't a rare, mythical beast that we all made up in our minds, and that it will help push the discussion forward.

Pet Advice
Grieving Your Pet? Here's Why You Shouldn't Feel Pressured to Rush the Process
by Elizabeth Enochs 4 days ago