Have you ever felt suspicious of your significant other? Well, maybe you're not crazy. Abby Rodman at YourTango has come up with the 13 not-so-obvious signs that your partner may be cheating on you. 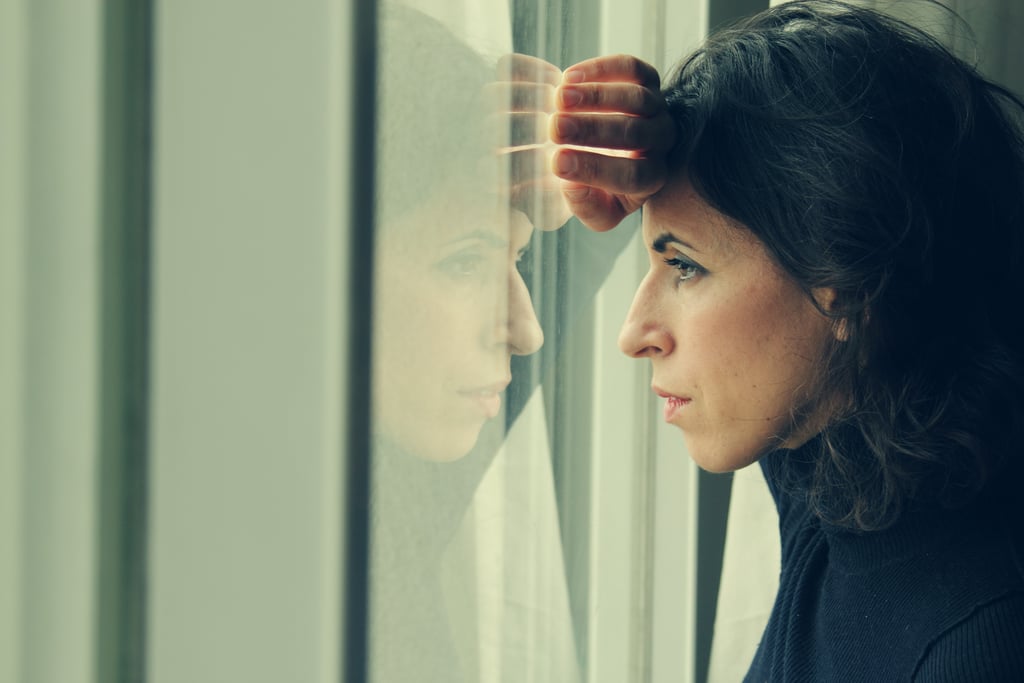 Discovering a partner's infidelity is easier than ever before in history. Text messages, emails, and online credit card statements leave the careless cheater with an electronic affair trail a gigabyte long. We know the typical telltale signs: weight loss, new music or food interests, the purchase of a new wardrobe. But if your affair radar is up — because your partner's behavior just feels off or out of the ordinary — here are 13 not-as-conspicuous signs you may be overlooking.

1. Timestamping: Optimizing precious moments with a lover is a balancing act, so he's counting minutes. "It won't raise any red flags if I'm home by 6:00 p.m. on the dot," he rationalizes. Or, "If I call her every day at noon, she won't get suspicious." He's drawing timelines in the sand, and being uncharacteristically prompt or oddly ritualized with his schedule may be one way he does that.

2. New Lingo: A friend of mine's suspicions grew when he heard his wife irritably yell, "Good Christ!" — an expression neither one of them had ever used — and one she typically would find offensive. If she's spending enough time with her lover, she's sure to pick up some of his/her expressions.

3. Changing Things Up: Every evening — like clockwork — he comes home, asks about dinner, and walks the dog. Now, that ritual is being messed with. He needs a shower as soon as he walks in the door. Or he pours himself two fingers of scotch when that's usually reserved for weekends only.

4. Driving Alone: Typically, you'd hop in the car together and be on your way. But recently, she finds a myriad of reasons to have a few minutes alone — and a need to take her own car. "I have to stop at Sephora, and I don't want to bore you!" she says, time and again.

5. Wearing a Lampshade: "Let's go out and get wasted tonight," he atypically and enthusiastically suggests. And you know he hasn't said anything like that since he was pledging a fraternity. Having an affair — it's no secret — can make people feel young and impulsive again, and that can spill over into other behaviors.

6. Wanting You to Strut Your Stuff: What's this? A little something from Vicky's Secret just for you? Funny, he's always claimed that lingerie doesn't do much for him. His affair has reawakened his libido and, ironically, he'd like it to do the same for you.

7. You're Clearly Up to No Good. You smile at the waiter and he goes off. He knows you're a friendly sort — he always loved that about you — but recently that innocent cordiality seems to antagonize him in ways it never did. Now that he's having an affair, he knows it's not so far-fetched that you might, too.

8. No Harm in Looking, Right? "Did you see our cute neighbor checking out your butt?" she asks with a big smile. "That flight attendant is really your type!" she teases, leaving you wondering what happened to her jealous streak. No mystery. She's on an affair-fueled, guilt-mitigating mission to casually justify extramarital attractions.

9. Affairs? No Biggie: You sadly report your best friend's husband is cheating. Instead of sharing your dismay, he becomes defensive. "Well, he hasn't been happy in that marriage," or "People have affairs. That's life." Condemning others means condemning himself — and he's not about to go there.

10. Won't Watch It: Fatal Attraction? Derailed? The Affair? Forget it. Plot lines that would have formerly piqued her interest now make her visibly uncomfortable. If there's an affair involved, know you won't be seeing it together.

11. All Nerves: Many folks experience atypical bouts of depression and anxiety as the guilt of the affair and the stress of keeping such a huge secret take a visible toll. Symptoms may include insomnia, disinterest in eating, or an unshakeable blue mood.

12. Suddenly an Expert: "Did you know the U.S. has the highest dog population in the world?" She starts spewing facts about things she's never shown interest in before. Heck, she never even liked dogs that much. Could be she's absorbing her lover's interests and finding a way to talk about him/her without saying as much.

13. Signature Blank Stare: The guy who always has an answer now seems lost for words. His brain is fried with the details of the lies he's told and excuses he's made. When you innocently inquire about his last trip to Home Depot, you can almost see the wheels turning in his head. "Did I tell her I went to Home Depot? What did I tell her I was shopping for? Is she trying to trap me in a lie?" While he entertains these possibilities, you're on the receiving end of that strange, faraway look in his eyes you've been seeing all too often.

Advice
What Is Human Design? Here's Everything to Know
by Sara Bacon 2 days ago