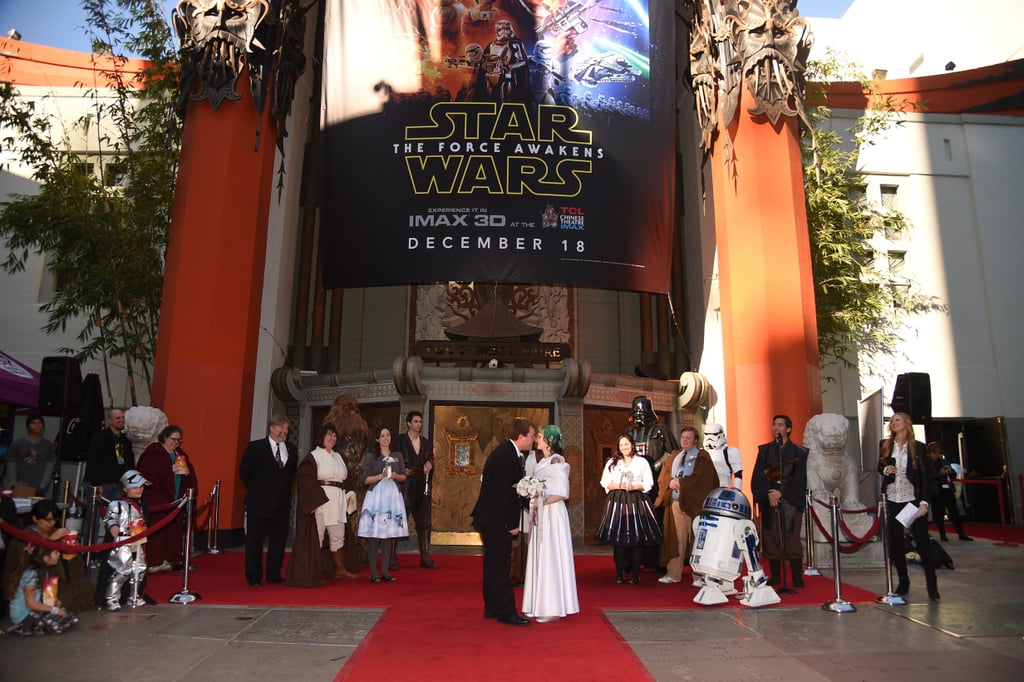 Would You Fly Abroad and Wait in Line For 12 Days to Get Married? These Star Wars Fans Did

Getting married in front of the TCL Chinese Theater where the first Star Wars movie premiered is commitment enough for any superfan. Yet, the plot thickens . . . Caroline Ritter and Andrew Porters flew in from Australia and waited in line for 12 days just to get married at that very location in Hollywood.

According to Variety, the CEO of the theater introduced the bride and groom and explained that they had raised money for the Starlight Children's Foundation by waiting in line — they used the website LiningUp for their charitable cause.

The wedding party dressed up as Star Wars characters and R2-D2 even made an appearance. The ceremony was officiated by a dude who dubs himself Obi-Shawn Crosby. That's some serious Star wars love. Make sure to check out all the photos of the epic wedding.

Movie Reviews
The Reviews Are In! Our Editors' Picks From the Sundance Film Festival
by Monica Sisavat 4 hours ago

Movies
"Encanto" Is a Certified Hit — So Will There Be a Sequel? Here Are the Chances.
by Brittany Sims 5 hours ago