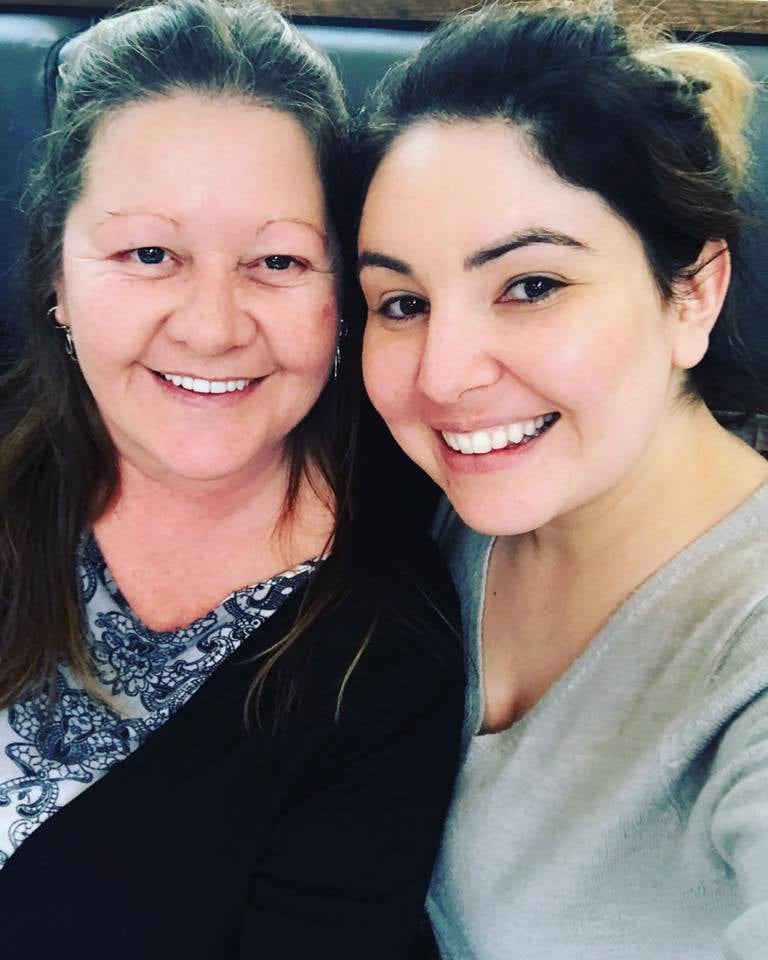 After a doctor's appointment, Laura Mazza stopped in a food court for a quick lunch. When she sat down, a stranger sitting at the next table smiled and struck up a conversation.

"We started talking and we both confessed to being people who just talk to anyone. That we both think friendliness is missing in the world," Laura wrote on her Facebook page Mum on the Run. "We talked about how there isn't manners and we are always quick to say sorry or excuse me and we are the ones where people look at us weird because we are so chatty."

Lee told Laura to never change who she is, even if she feels disheartened, but that isn't the only advice this stranger gave. As their chat continued, Lee revealed that her husband committed suicide 20 years ago. "You know what is beautiful about talking to strangers? You learn about them, and when you learn about them they teach you something," Laura wrote.

Lee also confided that she didn't know why her husband decided to take his own life but that it had been their anniversary, they had fought, and then they ignored each other. "My heart sunk further and further into my stomach as I listened to her talk about her husband," she wrote. "He left a note saying, 'Sorry I wasn't good enough, sorry I was an ass . . . sorry . . .'"

After her husband's death, Lee went through stages of blaming herself and waves of sheer grief, but through all of it, she just missed him so much. "She told me about him with such pride and showed me pictures of him. She called him her soul mate," Laura wrote. "She said life went so fast when he was around, but after he left, time stood still."

Despite Lee's unexpected revelation, it was what she said next that hit Laura the deepest:

She said, 'Men have it hard. They're told from a young age to suck it up. They're told to provide for their women, and give them everything and that they're not good enough if they don't. They feel the pressure for everything but can't ever talk about how they feel because they're meant to be 'strong.' She said, 'Talk to your husband, talk to him. Never stop talking. Make him talk. Go on dates, have time together. Get people to help you, but make sure he talks. Never stop talking because you never know when it'll be your last conversation or how much the conversation is needed.

This is advice that Laura won't soon forget, and she's grateful for the chance to have heard Lee's perspective on love. "No matter how hard it is, or how angry we feel, how tired how frustrated how lonely, the best thing we can do is use our voices and listen . . . (even if it's to a stranger)," she wrote.