Terms of endearment between spouses are a great way for couples to show their affection for one another. So it's no surprise that there are nicknames for men that are more popular than others. Brides talked to real-life women to find out the top 10 nicknames women use for their husbands. 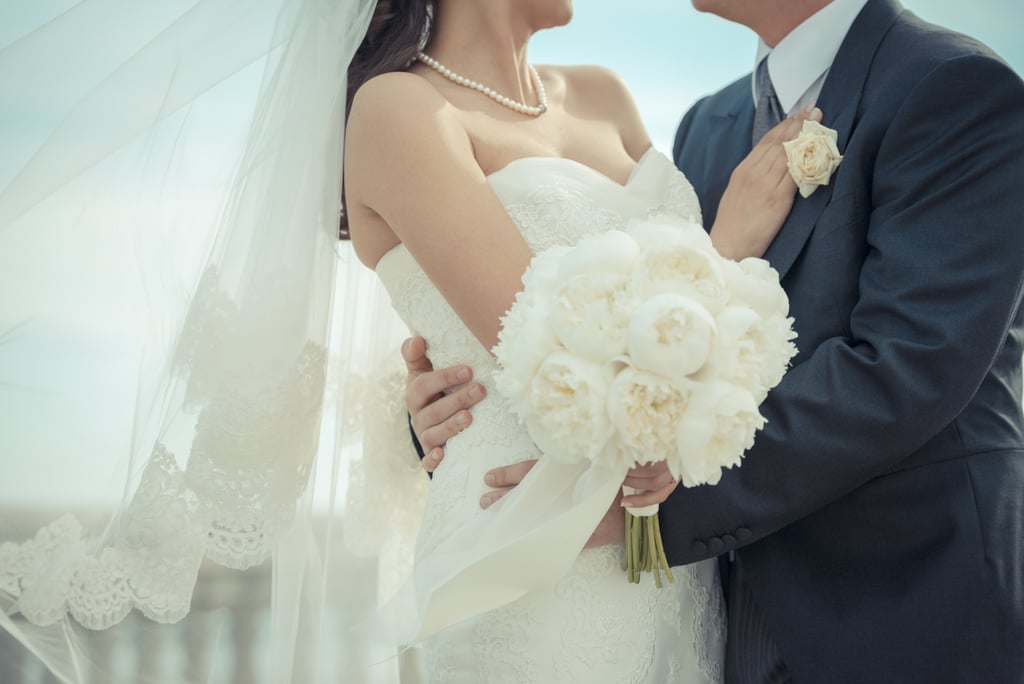 If you're like most other married or engaged women in a long-term relationship, you hardly ever call your guy by his real name; instead he's got one or a half a dozen adorable little pet names he goes by. From the totally timeless to the trendy and new school, here are the top 10 nicknames for dudes according to real brides.

1. Babe: A tried-and-true classic, adored by both wives and hubbies alike

"We have the same nickname for each other: 'babe.' I only use his government name when I'm mad." — Tatiana

2. Baby: Another go-to nickname that will stick even after you have kids

"Mostly 'baby.' We've both done it so long that it's almost the other person's name." — Ashley

"Baby. It's the only nickname that's really consistent."— Natasha

3. Honey: Perhaps the most popular pet name in the history of pet names

"I pretty much strictly refer to my husband as' honey' so he's used to it now."— Karen

4. Honey Bunny: An affectionate twist on the always-on trend "honey"

"One day, I started calling my fiancé 'honey bunny.' I don't know why, it rhymes and just rolls off the tongue so easily! He was embarrassed at first, but now we call each other that when we need a good laugh."— Crystal

"I call him my 'honey bunny' because he is very sweet to me and because I love cuddling with him." — Dianne

5. Bear: The perfect nickname for a big, cuddly, manly man of a husband

"I call my fiancé my bear. He has broad shoulders and a handsomely thick beard. He looks like a bear and he gives the best bear hugs ever!"— Melissa

6. Pumpkin: Because it just sounds cute

"We use pumpkin face or pumpkin head a lot! Silly, I know, but it works."— Sam

7. Nugget: We might have Chelsea Handler to thank for this lil' nugget of a nickname

"'Nug' or 'nugget.' I'm not exactly sure how it started but even our friends know that's what we call each other." — Elise

8. Boo: Because you'll always be my boo, right?

"We call each other the usual ones like 'babe' and 'baby' but also 'boo' and 'booboo.'"— Mandi

"'Boo boo', which is funny because that's the nickname we use for my cat too."— Bri

9. Snookums: An endearing favorite that was around long before Snooki took MTV by storm

"We call each other 'snooks', which is short for 'snookums.' My husband initially heard me calling my niece 'snooks' because she was upset about something and he started calling me that as well."— Rachel

10. Butt: Who would have thought that the word butt could be used so creatively and as a term of endearment?

"We're pretty crass toward each other, so my favorite nickname for him is 'boogerbutt.'"— Alix

"Ours are hilarious, especially when I accidentally call him by them in front of other people: lovely buns, Mr. Bun and squishbutt."— Taylor

Wedding
This Couple Had to Cut Their 200-Person Wedding Down to 18 People, but They Did It With a Smile
by Haley Lyndes 2 days ago

Wedding
This Couple Ditched Their Georgia Wedding Plans For a Mountain Elopement in Colorado, and They Wouldn't Change a Thing
by Haley Lyndes 2 days ago