Does your underwear have something to say about your personality? Our Friends at Never Liked It Anyway give you a guide about what the color of your underwear says about you to your partner. 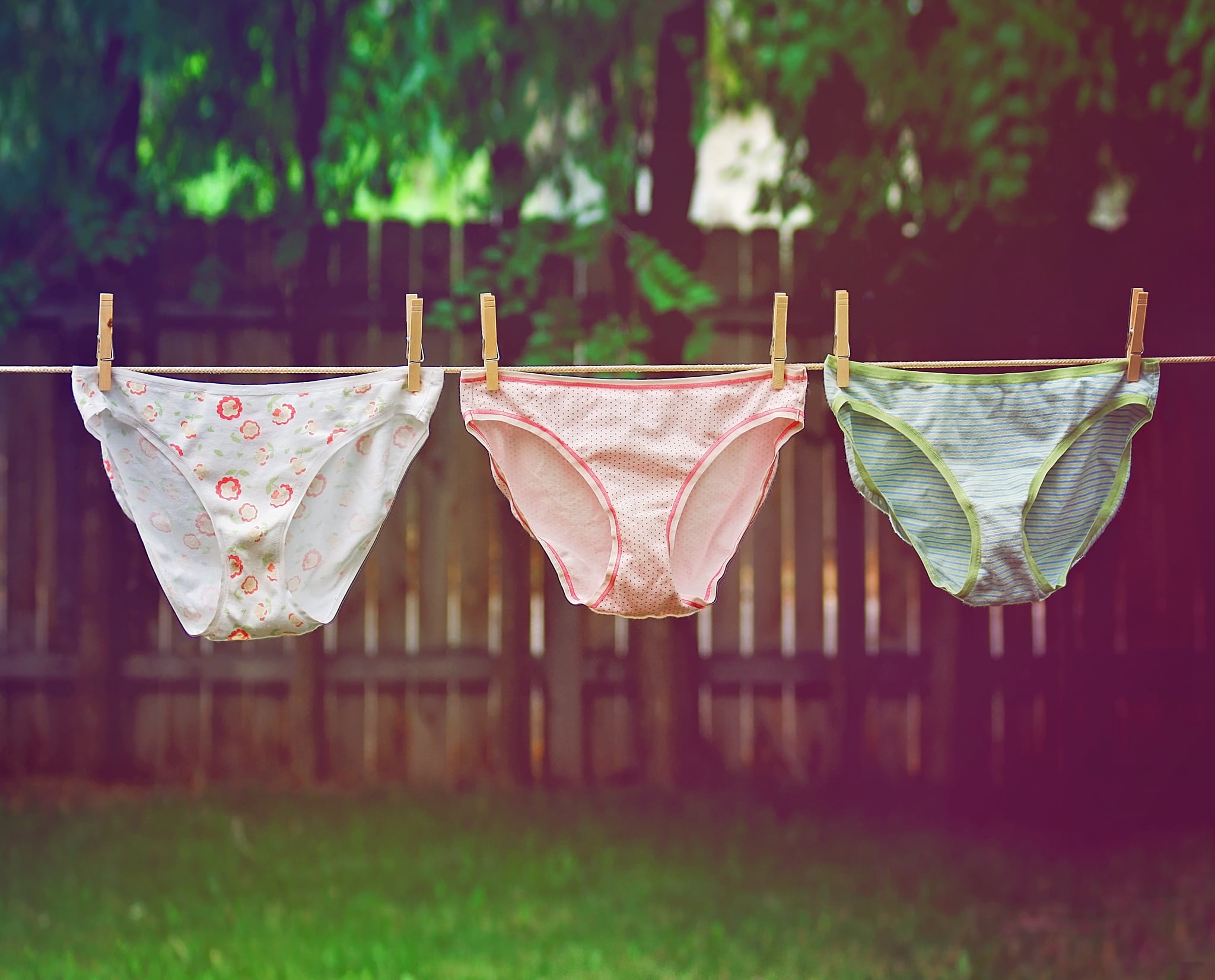 No, underwear can't talk. Not yet, at least. With inventions like the Frozen Bra that changes colors when you're next to a friend with the same push-up (yes, this is a real thing), talking underwear can't be that far off in the future. What you wear down there, however, does say a little something about the kind of person you are, in bed or otherwise. That sounds a little silly — because, like a horoscope, it's really hit or miss- but people do tend to buy underwear based on what seems more like them, or what message they'd like to send out. If you're not already aware of what vibes you're giving off, check out some of the things that come to mind about different types of lingerie . . . you may just have to add some of these to your shopping list.

Whatever you're wearing, black is classic. Black is safe. It can be a little daring, like if it's a lacy little thing, but if you're kicking back in a pair of black boy briefs, you're not saying anything too crazy. If you like being prepared for any sexual encounters that may come your way, black is the color for you, because if nothing comes up, it wasn't a waste of anything too special (unless you had a whole matching ensemble. In which case, total waste.)

This color of underwear is for the adventurous. Of course, there are different shades of blue — powder blue, electric blue, royal blue — but all are a little fun in their own ways. Feeling a little demure? Go for a baby blue. Feeling young? Electric blue is a must. Ready to conquer the world? Royal blue is classy and different. If the majority of your underwear is blue, you're probably a bit of wild child who knows when to be tasteful. Perfect balance.

It's not just a cliche — red truly is associated with being racy (especially with the whole scarlet letter/promiscuous thing). However, if you're on a mission to buy red lingerie, it's probably because you have something planned, and not because you're a wanton. Red is for the bold or romantic (or both; they're usually not mutually exclusive!). If you find yourself with a drawer full of red, you're more than likely sexually secure. Financially, however, is a different story . . . helloooo expensive underwear!

Like red is associated with being a little loose, white is associated with purity. The fascination behind "purity" and the stigma around being the opposite has never made much sense (it doesn't matter what you are, you're allowed to enjoy whatever you want to enjoy), but some people think that a little bit of innocence adds to the experience, so if you're into wearing mostly white, you're probably feeling a little youthful and bright-eyed. You're probably the person that is up to try new things, but normally stick to your guns. Nothing wrong with that!

In the end, whatever the color of your underwear, whatever the style — if you put thought into buying it or wearing it, your partner should probably know that they're not the ones that are deciding when to get some. You're the boss. You're calling the shots.

Check out more great stories from Never Liked It Anyway:

Digital Life
I Started Putting My Phone in a Different Room at Night, and It Really Improved My Mental Health
by Caitlin Gallagher 22 hours ago