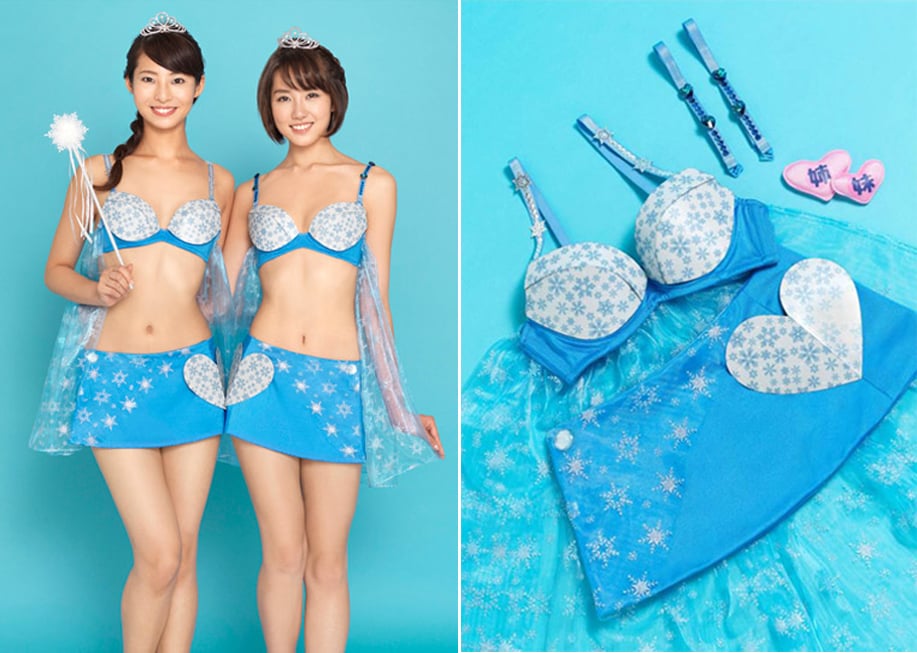 Have you ever dreamed of having a bra that could change colors when you bumped boobs with a girlfriend? Yeah, we haven't either. Nevertheless, it now exists. Japan has revealed a new addition to the bra industry in the form of an unofficial Frozen-inspired lingerie piece made of electronic paper that changes from a snowflake design to a starry-night one with just a brush of a fellow friend's breast. The Close Sister Bra is made by Triumph, a Japanese lingerie manufacturer who said that with the bra, it hopes to honor the bonds women form with each other. And what better way to do that than with interconnected lingerie based on a children's movie? Makes sense. Watch how the breast-supporting wonder that is the Close Sister Bra works:

Gifts For Women
18 Black Friday Deals From the Disney Store, Including Toys, Gifts, Fashion, and More
by Anvita Reddy 2 weeks ago

Family Travel
Disneyland's Toontown Is Closing For a Scheduled Makeover (and a New Mickey and Minnie Ride!)
by Chanel Vargas 2 weeks ago