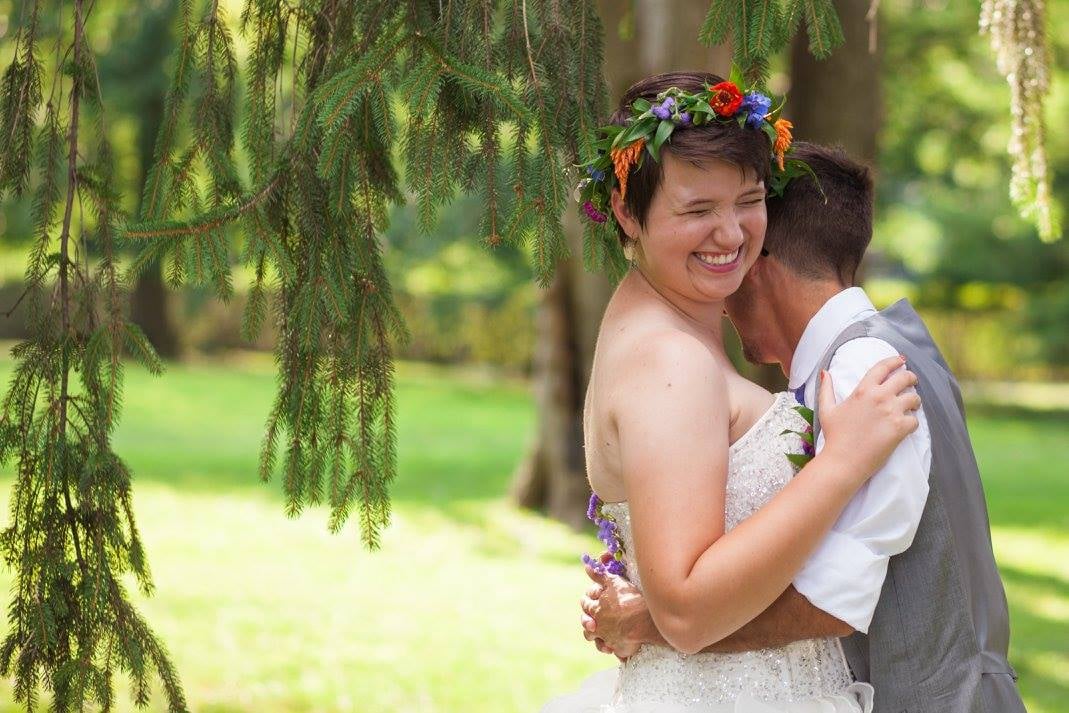 According to the authors of WTF Are Men Thinking?, 25 percent of the 250,000 men surveyed wanted to have sex six to nine times a week. Per week.

But what happens to that number when the guy in question is on a steady stream of testosterone? A common side effect of injected (or applied) testosterone is an increased libido, so if a cisgender male is looking for six to nine rounds of sex a week, it would only make sense that a transgender male's sex drive would be significantly higher.

You would think. Yet, here I am, four and a half years of testosterone injections later and I'm asexual.

An asexual (or ace) person is someone who has no sexual attraction and no interest in sex. A common misconception is that asexual people are sex avoidant, which is not always the case. Some individuals who identify as asexual are only attracted to one person or feel sexual attraction very rarely.

As a married transgender male, I find myself sexually attracted to my wife. Sometimes. Now, you're probably reading that thinking that I don't find my wife attractive or that our relationship is somehow lessened because we're not having sex multiple times a week. In fact, I think my wife is gorgeous and I feel like our relationship is actually stronger and more meaningful because it's not centered around sex.

Asexual people can have amazing relationships without the need for sex. To be transgender and asexual isn't as uncommon as it may seem, and it shows that testosterone has a different effect on each individual. For instance, some trans men find that they experience an astounding increase in their sex drive. However, there are some guys like myself who find that their libido decreases and they no longer have an interest in sex.

Being asexual doesn't make someone less of an ideal partner, nor does it make them less of a man or woman.

It also doesn't mean that they never want to have sex (though, for some, that is the case). There are many asexual people who have sex on an infrequent basis and find pleasure in the act.

Let's put it this way: Say you were in a group of friends and all of your friends have a sweet tooth, but you would be just fine living out life without having a taste of that churro. Your friends have tried out a few different kinds of churros and they feel like it's a part of their lives that brings them happiness, but churros don't really do anything for you. Sure, you've had a churro before and you won't completely rule out having a churro again at some point, but it's not something that tickles your fancy.

It's not a very scientific example, but that's kind of like what it's like living as an asexual person, especially an ace trans guy. A lot of my friends who are trans have found themselves having all sorts of sex, but I'm just fine spending the night playing video games with my wife.

Does it affect our relationship at all? Not really. Sometimes she'll instigate sex and we'll do the deed, but it's not something that I actively seek out. Do I enjoy sex when it happens? Sure, but I honestly can't imagine having sex with anyone else or acting out any of those crazy sex scenes you see in movies.

Being asexual doesn't make you a robot or a prude, and being an ace trans guy doesn't make me any less of a man. We just find pleasure and enjoyment elsewhere . . . like pictures of cats in boxes.