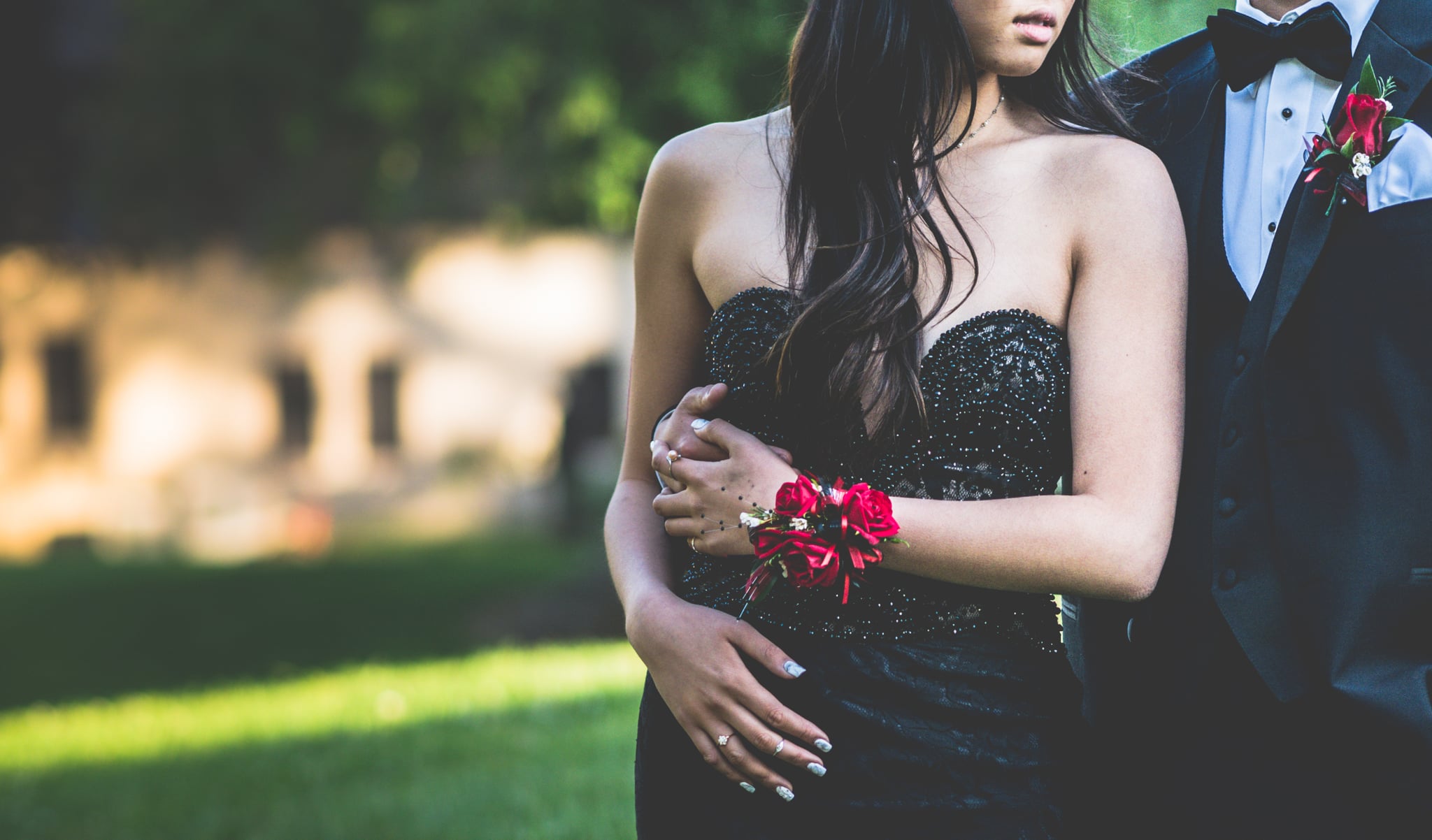 It's the stuff rom-coms are made of: teen boy meets teen girl, and they fall in love, have typically dramatic breakup, reunite as adults, and realize the spark never died. Wedded bliss ensues, right? Right?

When my first love came sweeping back into my life a few years ago, I couldn't help but think that we were stepping into the happy ending of a Hallmark movie. After all, if cheesy films taught me anything, it's that the bigger the drama, the truer the love, right? And boy, did we have drama.

John and I were each other's first loves, but as they say, the course of true love never ran smooth. Back in high school, he won me over with his brash charm and secret romantic side, but to everyone else, he was known as a hothead with a hair-trigger temper. A soccer star, John was as infamous for his tantrums as he was for his hat-tricks. One time, he actually threw a folding chair at a referee, a move (dumb) 17-year-old me found exciting and manly. "That's not a red card, that's a red flag," my best friend Erin said at the time, but I just rolled my eyes and screeched that John was simply trying to find himself.

"I wasted the last 10 years of my life without you, and I don't want to waste one more," he declared.

But the occasional game-day meltdown (which he always laughed off) wasn't John's only sin. The morning after I lost my virginity to him, I found out he'd cheated on me with my friend Liza. Numb and reeling from the betrayal, I dumped him and never spoke to Liza again, which added a layer of pain and unfairness to an already agonizing situation. He went off to USC, and I threw myself into life at Cal Poly, not dating anyone seriously until senior year.

Related:
5 Crucial Things You Should Know About Your Partner Before Getting Married

I kept up with John through mutual friends; I refused to add him on Facebook (I love a good grudge), so Erin would feed me info about him, from his burgeoning real estate company to the fact that he was — ahem! — still single and would ask about me whenever he ran into her.

Obviously John had grown up and matured, or at least channeled that tempestuousness into business prowess. So when he texted me "I miss you" out of the blue a decade after we called it quits, I found myself more than willing to pick up where we left off. I couldn't help but be mesmerized by the idea of ending up with my first love. What could be more romantic than that? Besides, after five years of dating in New York City, I was aching for someone who knew the real me and who loved me when I was a dorky teen with a Justin Timberlake obsession.

After a flurry of FaceTimes and late-night calls just like way back when, John said he was coming to Manhattan for business — and to see me. "I wasted the last 10 years of my life without you, and I don't want to waste one more," he declared with the same boldness I'd fallen for as a teen, reinforcing my belief that, yes, all those youthful indiscretions were just that!

The first three days were spent in a bliss cocoon. I felt 17 again and giddily in love. All of John's typical teenage boy "feelings are stupid" vibes were gone, replaced by a steady and sure, grown-ass man. On day four, we had a wine-soaked dinner with his business partners, all friends since their frat days. The boys joked and teased each other in good fun, but things took a turn when John ribbed his partner Brian over his failed first marriage.

"Ha!" Brian guffawed, taking another slug of Cabernet. "Tough talk from a guy whose hairline is making a run for it." My eyes flashed to John's face, and I froze — it was the same look as when he'd tried to take off a man's head with a metal chair.

In an instant, there was the sound of shattering glass. John had lobbed his water glass at the wall, nearly hitting a waitress. Before anyone could react, he stalked out of the restaurant and into the humid Summer night. We sat there, stunned and horrified. Had that just happened? Brian peeled off a few $100 bills to smooth things over with the staff, and I went to John's hotel, where I found him . . . completely unbothered.

"Yeah, sorry, Brian was just pissing me off," he said flatly, flipping through channels before switching off the TV and taking my hands in his. "Listen, thank you for putting up with me. You always have, and I know I don't deserve it. You're my angel, and I . . . I love you."

Even when we were dating, he'd never said it. Maybe part of him knew that this was exactly the right time to drop those three words to reel me back in. And I'm sad to say it worked. I put the incident behind us and spent the next week back in a happy(ish) bubble with him.

The night before John was set to leave, we had a long talk. He asked me to move back to LA with him, and I found myself saying yes. It all just seemed perfect, right? I mean, Brian probably knew better than to tease John about his hair. Who could blame him for flipping out, right?

Related:
7 Types of Kisses and What They Reveal About How Your Partner Feels About You

"Look, I want to tell you something," he said slowly. "I just want us to start our lives together being honest, so . . . a few weeks ago, I slept with Erin."

I actually laughed, because I couldn't believe it was true. A few weeks ago, John and I were already talking again. And even if we weren't, my best friend slept with my first love? Was I hallucinating? Was this happening?

I don't even fully remember what John said next, I was too disgusted to even hear him. Something about running into her after too many beers and only wanting her because she reminded him of me. That's when suddenly, while sitting on the bed in the Gramercy Park Hotel, it all became so painfully clear: John had not changed. He was still the same thoughtless, reckless, violent guy everyone else recognized him as. Only now he was just dressed up in a fancy suit. And he definitely didn't love me. If he did, he'd at least have had the courtesy to cheat with strangers instead of my best friends.

And even worse, I had to ask myself whether or not I had changed. Or was I basically just the same smitten teenage girl willing to make excuses for her obviously bad-news boyfriend, all in the name of some juvenile fairy-tale ending? I answered myself by walking out of John's hotel without uttering one more word to him — and haven't since. I blocked his number and told my friends to do the same. At least, the mutual friends I had left; Erin weepily apologized when confronted, but I couldn't bring myself to stay friends with her. Just like when I was 17, I'd lost the guy and the girl.

Looking back, I realized that life isn't — and shouldn't be — a rom-com plot. And getting caught up in the mythology of your first love can be a recipe for disaster. On one hand, yes, timing really is everything. But it's called a breakup because it's broken. So from now on, I'll keep my recycling to paper and plastic — not men!