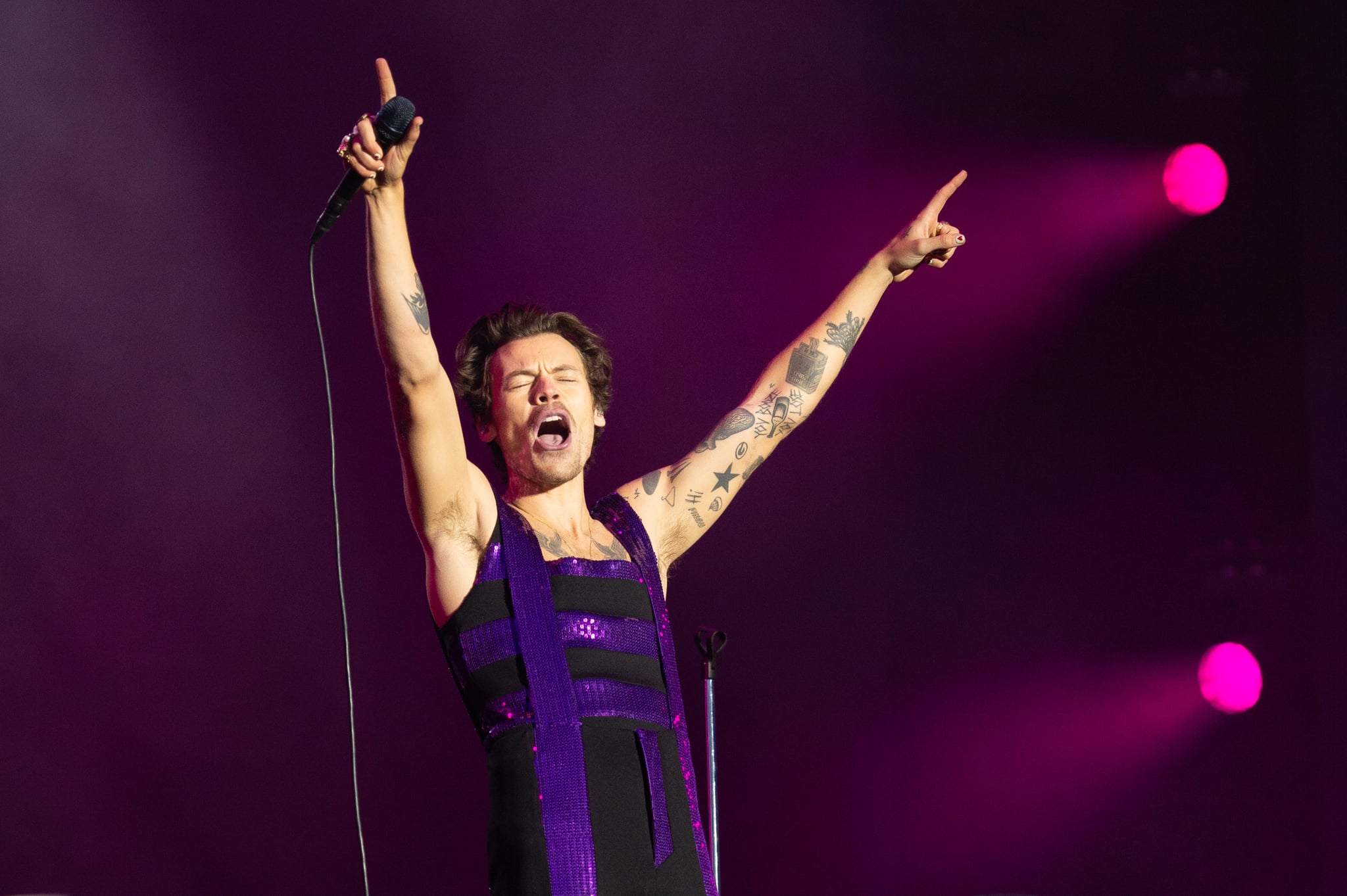 Harry Styles is having a good year. The 28-year-old is enjoying the success of his most recent album, "Harry's House," and stacking his acting résumé with the upcoming movie "Don't Worry Darling" directed by girlfriend Olivia Wilde.

And this week, Styles was featured on the cover of Rolling Stone, proclaiming him "the world's most wanted man." In the cover story, Styles dresses beautifully in colorful, not quite feminine, not quite masculine clothing — a trademark for the star, evoking David Bowie-like imagery of British pop stardom. His fashion choices haven't been without criticism, though, as Rolling Stone notes: "[Styles] has repeatedly pointed out how backward it feels to require labels and boxes for everyone's identity. Critics of his approach have accused him of 'queerbaiting,' or profiting off queer aesthetics without explicitly claiming the community. Defenders feel it's unfair to force anyone to label themselves as one thing in order to validate their gender or creative expression."

Certainly, people are allowed to dress how they feel best suits them. But are these claims of queerbaiting founded? What does queerbaiting even mean — and more crucially, what does it mean for straight-seeming pop stars to flirt with gender presentation in the mainstream? Let's discuss.

Queerbaiting, essentially, is a two-fold phenomenon. In media (like movies, TV, and books), queerbaiting is what happens when the audience is misled to think certain characters or plots are queer by dropping just enough nods to LGBTQIA romance or representation to engage the queer fan base, but never makes good on the promise. A great example of this is how ostensibly queer "Game of Thrones" character Arya Stark felt through the storyline, gender expression, and behavior of the character — only for her to reveal her heterosexuality in the final season. The problem with this kind of large-scale, media-driven phenomenon is that queer representation is sacrificed in order to privilege heterosexuality and more common relationship arcs and gender expressions.

The other kind of queerbaiting happens on a more individual scale. A celebrity adopts the "aesthetics" of queerness — playful gender expressions, edgy haircuts, and ambiguous sexuality — without actually, you know, being queer. By boiling down queerness into a set of aesthetic choices, this kind of queerbaiting denies the very real way that queerness is politicized. Queerness is a lived-in reality, a socio-political position people occupy with intense consequences, good and bad.

Celebrities who queerbait spin these aesthetic selections to pad their wallets, increase their fame, and justify taking up space in what should be queer-focused conversations. Then, when the fad is over they go back to gender conformity and socially acceptable, solid heterosexuality. A potential example of this? Styles' recent casting as a closeted gay man in the upcoming romance movie "My Policeman," set in the 50s when same-sex relationships were criminalized in the UK. The ongoing, industry-level issue of casting non-queer people to tell intense, traumatic stories of queer history can be painful for many queer people who want their stories told with dignity and accuracy. Plus, when cis heterosexual actors are applauded for the roles denied to queer and trans actors — like when cis actor Eddie Redmayne won an Academy Award for playing a trans woman in "The Danish Girl" — it adds another layer of injury.

Already, Styles' comments about "My Policeman" are raising eyebrows. In Rolling Stone, he made off-color remarks about the potrayal of sex between men, saying "So much of gay sex in film is two guys going at it, and it kind of removes the tenderness from it." But more worrying is Style's inclination to separate the ostensibly gay perspective from the story's meaning, saying "It's not like 'This is a gay story about these guys being gay.' It's about love and about wasted time to me." Coming to a gay role with the idea that gay sex isn't inherently tender and already distancing the subject matter from criminalized, politicized queerness isn't a fantastic way to enter a role.

At its core, the problem with queerbaiting is that it's predatory. Imagine taking the best parts of queerness — the joy, the community, the creativity, artistic expression, or the current social clout — and leaving the hard parts behind: high suicide rates, disownment, hate crimes, loneliness, institutional and interpersonal discrimination, lost housing and economic opportunities. It's this huge discrepancy that leaves many queer people, especially those who have suffered and struggled in a queer-hostile world, resentful of the rise of sexually ambiguous, colorfully-dressed celebrities.

So, Is Harry Styles Queerbaiting?

Styles has frequently pushed back against the need to label his sexuality. In an exclusive interview with Better Homes & Gardens he said: "The whole point of where we should be heading, which is toward accepting everybody and being more open, is that it doesn't matter, and it's about not having to label everything, not having to clarify what boxes you're checking."

Of course, celebrities don't owe anyone their private life or dating history. And the specifics of Harry Styles's sexuality, as a private individual, don't really matter. But on the public stage, and especially when playing with extremely loaded images of gender and self-expression, it does matter who uses the symbols of queerness, to what end, and who gets left out.

The main issue gay people like myself have with Styles' use of imagery is that it's acontextual and zero-risk. While Styles flirts with femininity and makes winking "post-gender" remarks about the "outdated" nature of labels (which are full of beautiful, important queer history, solidarity, and self-affirmation, but I digress), he only publicly dates women. It's an issue of privilege — of walking the walk and putting some skin in the game, even if that means jeopardizing your career.

I can only speak for myself, but I'm really tired of the cultural fixation on Styles' sexuality. I watch as the world marvels over the desirability of men who will neither commit to queerness, nor risk their heterosexual privilege. I feel exhausted. I'm ready to move on and see a world where people who truly inhabit the socio-political position of queerness get more than scraps — a world in which the attention, praise, and eye-grabbing headlines focus on unwavering, loud queer voices.