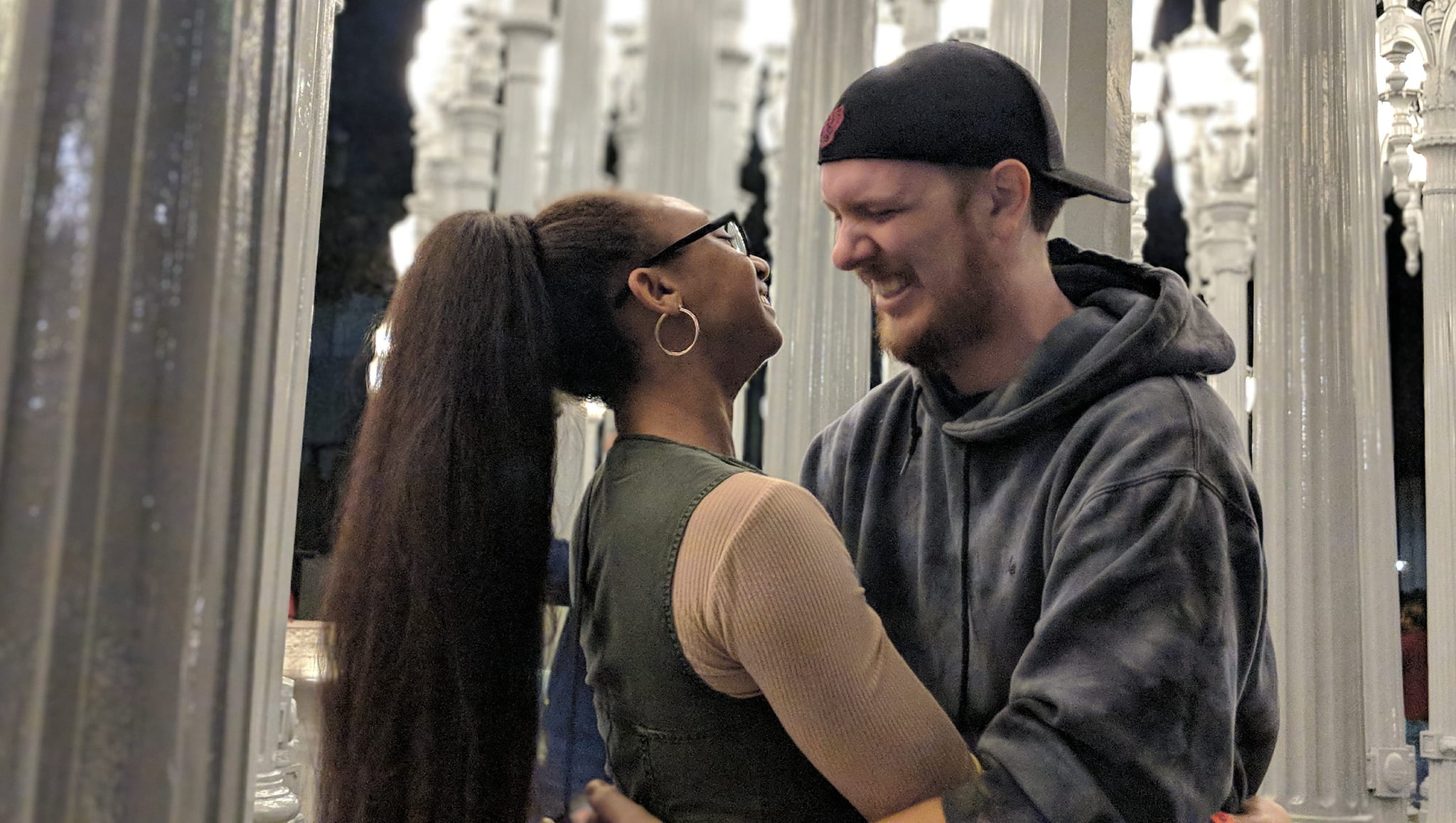 Despite what my mother might tell you, I never saw myself ending up with a white guy. Romantically, I've always been a personality-over-looks kind of girl, so an interracial relationship was certainly a possibility for me. And though I didn't have strong preconceptions of what my future partner would look like, I didn't expect him to look the way he does. Dating outside my race hasn't posed any issues, contrary to what modern rom-coms may dramatize. Sure, there's been minor bumps in cultural competency and difficulties blending our ingrained world views, but the prioritization of understanding and support has prevented any road blocks in my relationship's progression.

But as the country's unrest surrounding police brutality and the standing of Black Americans renews, I have contemplated how race has affected my life, and more importantly, how it will continue to affect it in the future. Reckoning my internal turmoil with the relentless onslaught of shootings and following injustice has been the first struggle I haven't wanted to share with my boyfriend. He's extremely left-leaning, so we agree politically on the issue, but I know he won't be able to understand my emotional state like my brothers and uncles could. For the first time in our three years, I felt alone in my relationship.

The gift reminded me that as long as he is aware of his shortcomings in personally understanding the Black experience and willing to learn and put in the work, I should also be open to educating with patience and care.

As the weeks have passed and I've gathered a hold of myself, the doubts concerning the feasibility of our future have lingered, and I struggle to not think pessimistically of what lies ahead. If this relationship persists, my husband will be white, but my children will always be Black, and rearing a Black child in America takes extra mettle. Just like my parents did for me and their parents did for them, I'll have to educate my children on the intricacies of racism and prejudice alongside their times tables. I'll be extra cautious when talking with teachers and authority figures, knowing that my child is more likely to be overlooked or left behind. And when they're old enough to be seen as a threat by others, although they are still very much children, we'll practice engaging with law enforcement.

Growing up in a Black household, these necessary extracurriculars are second nature, but how will my boyfriend, who never interacted with this upbringing or imagined performing it himself, fair as an educator for my children? How could they feel comfortable opening up to him about racist encounters when said perpetrators will likely resemble him? When I was younger, my mother always stressed the importance and beauty of Black love. I didn't follow in her footsteps, instead prioritizing other forms of connections and believing that my familial bonds and friendships would keep me rooted in my Blackness. In all, it wasn't a necessity for me to be happy in a relationship. But as I watch the footage of George Floyd and others buried by the hands of injustice, I've come to realize that a happy relationship doesn't end with myself.

I hadn't divulged any of these hesitations to my partner, since it's a conversation with no real, attainable conclusion. We've carried on in each other's company like usual, gearing up to celebrate an anniversary. In the past, he goes out of his way to gift me creative, endearing presents inspired by quirks or running jokes in our relationship. But this year, he decided on a different direction. As I opened my present, I was welcomed by a professional photo print of a brown-skinned, afro-wearing woman dressed in a stunning yellow gown, designed by graphic artist

Tafari Mills, also known as Bifocal Graphics. Without provocation on my part, he explained how he felt he hasn't done enough to actively celebrate me as a Black woman or my heritage. 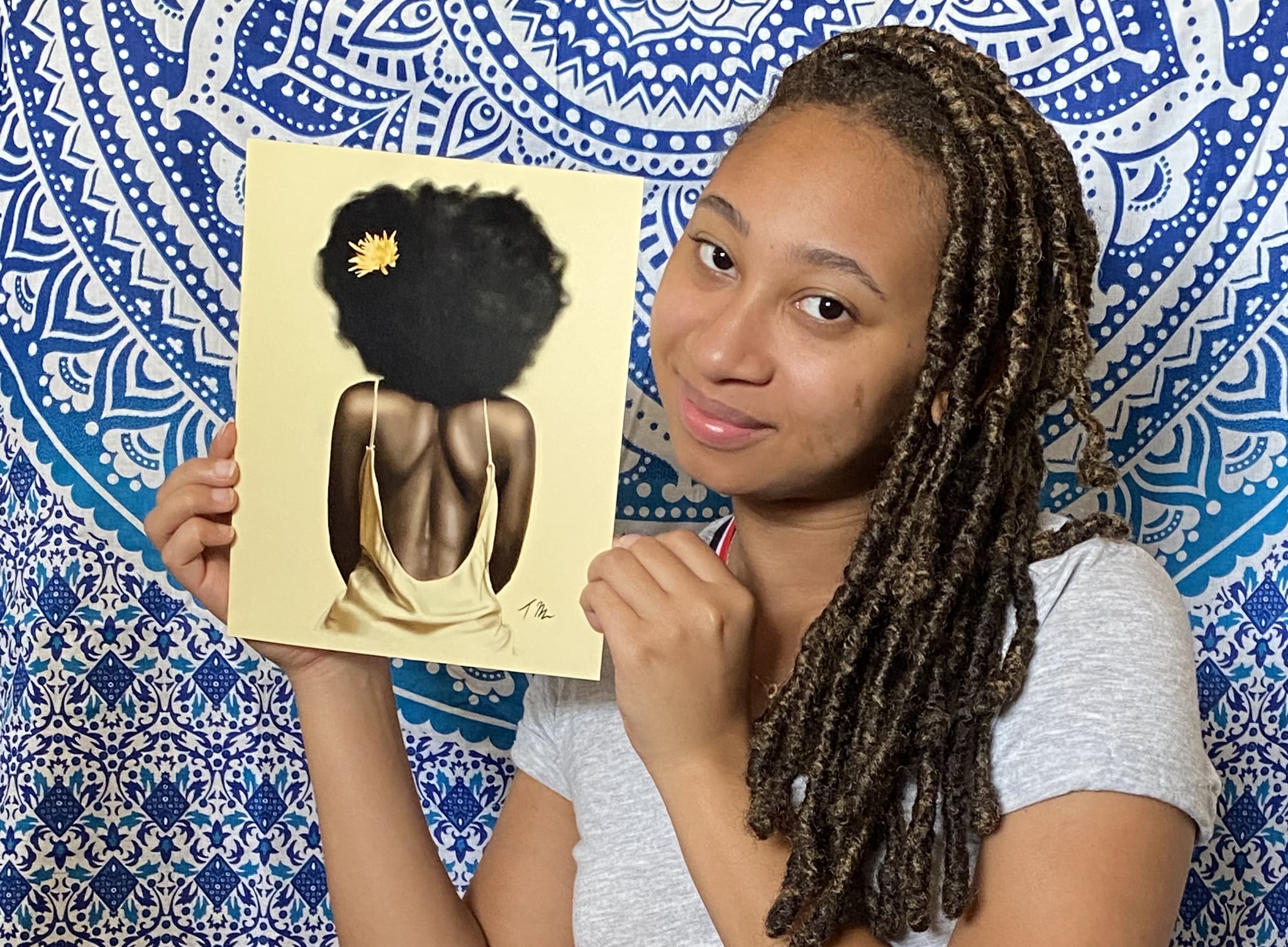 I instantly felt relief at his declaration, realizing that the national discussion of race had been on his mind as well as mine. The portrait is lovely, but the gesture to actively recognize and support my identity was necessarily reassuring. Small as it was, the gift reminded me that as long as he is aware of his shortcomings in personally understanding the Black experience and willing to learn and put in the work, I should also be open to educating with patience and care. As long as we understand and adhere to these roles, discussions of race should only strengthen our relationship, not break it.